Chris Carney is resting at his mom’s house in Carrolton this week after he was lost in the Pacific Ocean for nine days just before the new year. 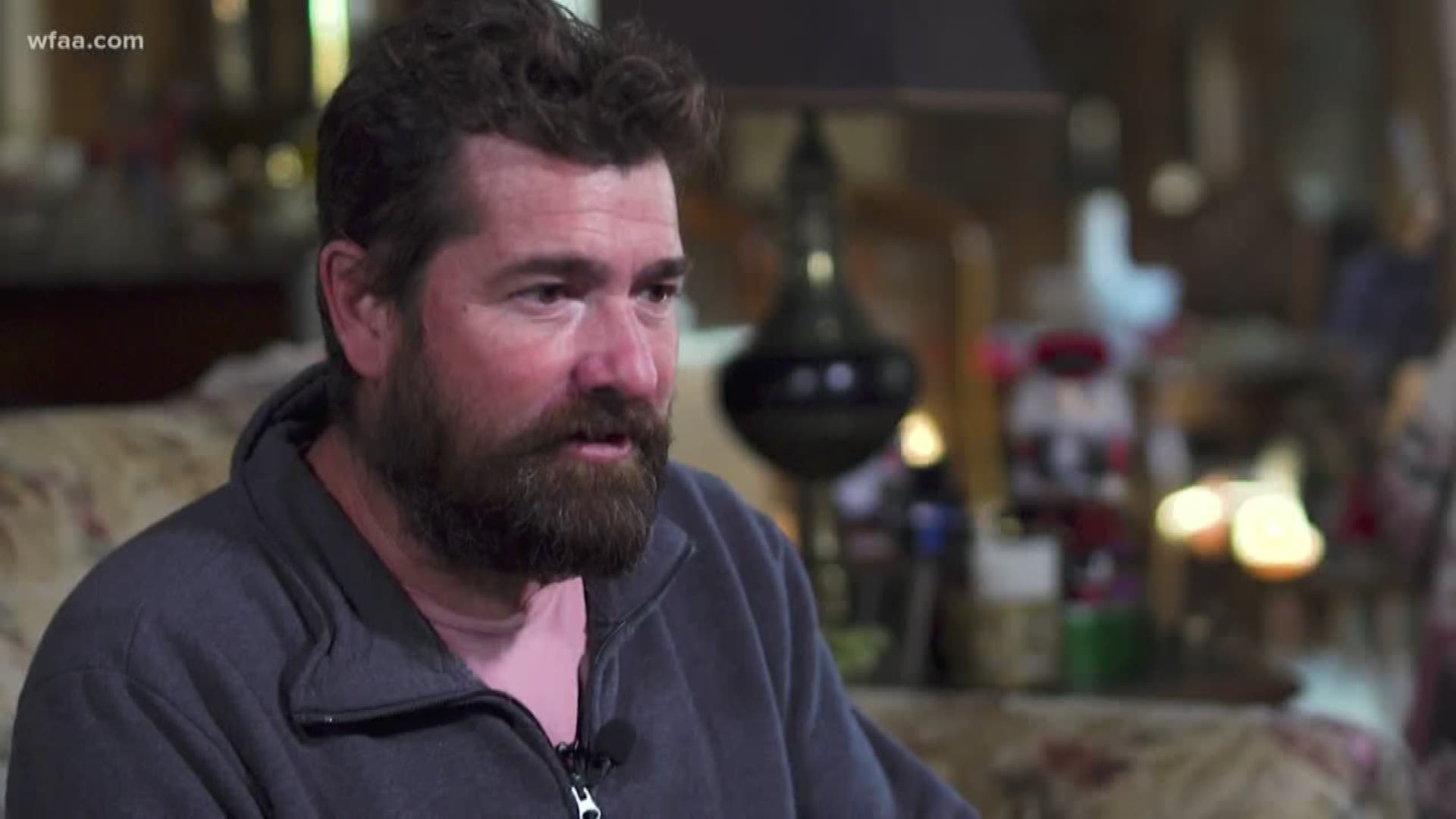 CARROLLTON, Texas — It was a survival story straight out of a movie.

Chris Carney is resting at his mom’s house in Carrolton this week after he was lost at sea for nine days just before the new year.

Carney, a charter boat captain, said he spends most of his time on land in Taiwan. On November 25th, he took on a yacht delivery from Japan to Hawai'i. Things went well for the first three weeks. But on November 19th their mast broke.

“On the 19th, we lost our mast and on the 20th we got rolled and lost everything,” Carney said. “Our beacons were destroyed, our satellite phone destroyed, we had no engine, no power — we were literally dead in the water.”

Back home in Carrollton, his mom only knew her son was lost at sea.

“It was just a helpless feeling, just a totally terrifying experience,” his mom Ann Dow said. “The Coast Guard people were competent, but they did say they’re a very small object in a very large ocean.”

The three-person crew was lost at sea for nine days, not far from the Midway Islands, about 1,000 miles west of Hawai'i.

In a quiet part of the Pacific, the crew knew they needed a miracle.

“The first ship we saw passed us by,” Carney said. “We dropped a smoke bomb in the water and we were screaming and everyone was on deck and there it goes, right on by us.”

Amazingly, their prayer was answered.

“It was the second ship that saw us,” Carney said. “We found a ship, flagged it down with mirrors, and the Coast Guard was called, and that was it, we were saved.”

A Liberian ship spotted them, a separate ship and the Coast Guard rescued them, and then his mom received a text that she’ll never forget.

“We have found them – alive,” the text from the Coast Guard read.

“You just can’t even imagine the emotion,” Dow said. “It was like an explosion of joy. It’s just hard to describe.”

Now the question remains: Will Carney ever sail again?