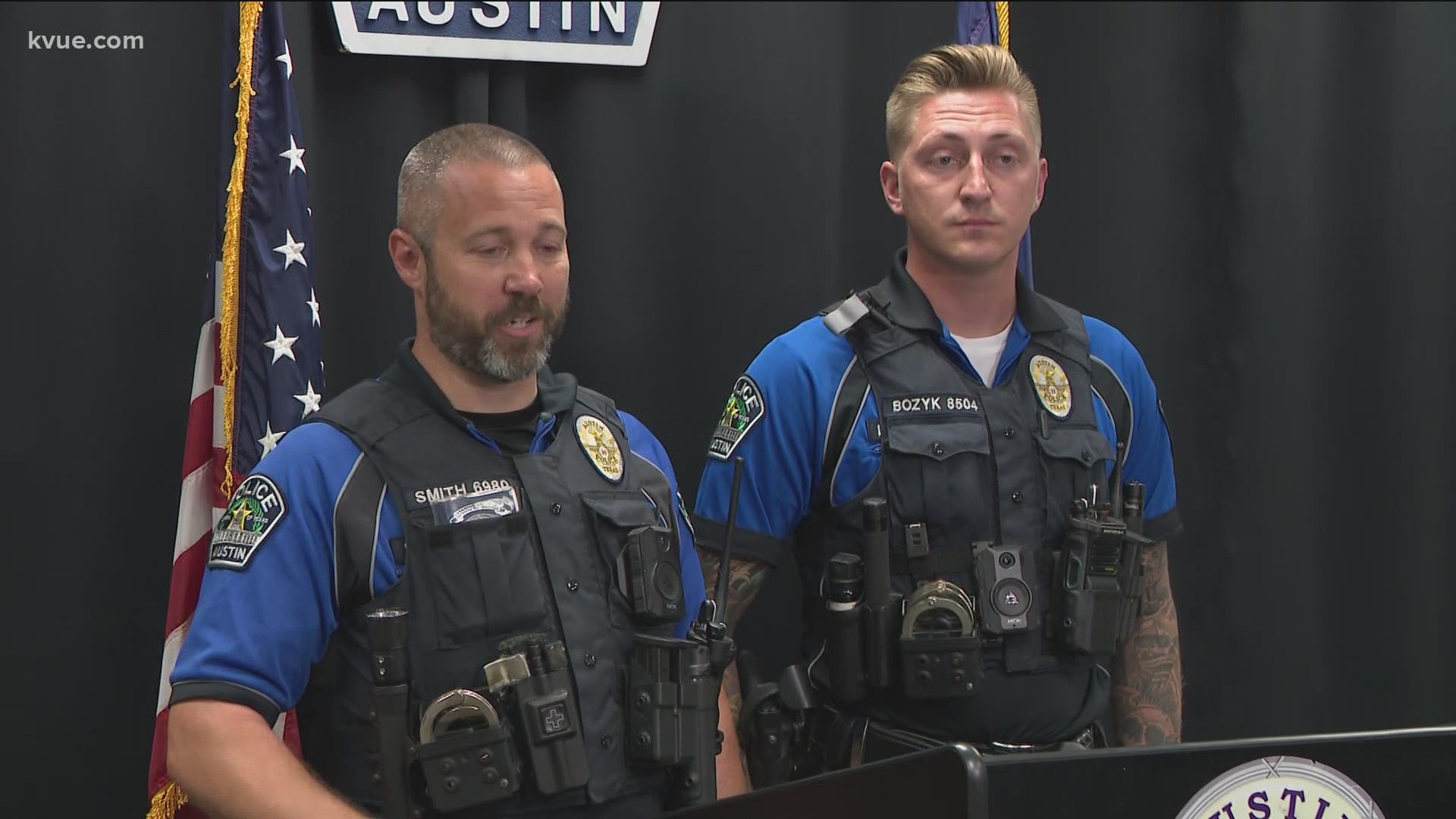 AUSTIN, Texas — A group of boaters are lucky to be alive Friday after a narrow rescue at Longhorn Dam at Lady Bird Lake Thursday afternoon.

KVUE confirmed that the four women rented the boat from Retro Boat Rentals, located at 74 Trinity Street. Good Morning America (GMA) reported that the women called the owners for help, but an officer with the Austin Police Department Lake Patrol Unit said that the current was too strong for that boat as well.

Kevin Reinis, the executive director of Austin Rowing Club, which manages Retro Boat Rentals, said they have procedures in place to try to prevent these types of incidents.

For example, Reinis said upon arrival, customers are given a map of Lady Bird Lake showing potential hazards and pointing out the dams on each end of the lake. He said they are also given strict instructions not to pass certain landmarks. Reinis said Longhorn Dam is over 1.2 miles away from the docking area.

Reinis said he is proud of how his staff member, James, was able to keep the visitors from going over.

“He was able to secure a line to the boat that was about to go over the dam, potentially and held them back, which gave APD Lake Patrol the opportunity to arrive on the scene and render further recovery," said Reinis.

RELATED: 'It looks like it's going to go over the dam' | Women stuck on boat at Longhorn Dam rescued

"Our main concern was – because it was resting so precariously on a very narrow piece of concrete – the shift in the weight balance or the flow of the water would potentially carry it over," Todd said.

Smith explained that the position of the boat hanging over the dam would have made it difficult for the second boat to help even if the current hadn't been so strong.

"He had a line attached from his boat to basically a handle on the side of their boat. The front of their boat is normally the best spot to hook up. But it was ... hanging over the edge of the dam. So, that was not accessible," Smith said.

RELATED: What boats are and are not allowed on Lady Bird Lake

But the fact that the spillway was open due to recent rainfall, creating the strong current, made the rescue even harder.

"We didn't want to approach the back of the boat too closely because of the situation they were in. Any wake could have caused them to possibly go over," Smith told GMA. "So, since he [the driver of the second boat] already had a line attached that was a good, strong connection, we pulled up next to the secondary boat, tied a line to his boat and then pulled like a train. I guess we were the lead and we kind of pulled them away from the dam to a safe location and then disconnected and reconnected back to the, the primary victim boat."

Had the boaters gone over the dam, they would've been met with more than just rushing water.

"Basically, after you go over the dam, beneath that is just solid concrete. So, they would've fell and landed on concrete," Smith said. "So, I think it's very lucky that they're here and alive today."

Through the work of ATCEMS, APD and STAR Flight crews, all of the boaters were eventually pulled to safety.

On Friday, the APD proudly recognized Lake Patrol officers Bradley Smith, Mark Bozyk and Jesus Perez for their efforts in rescuing the boaters.