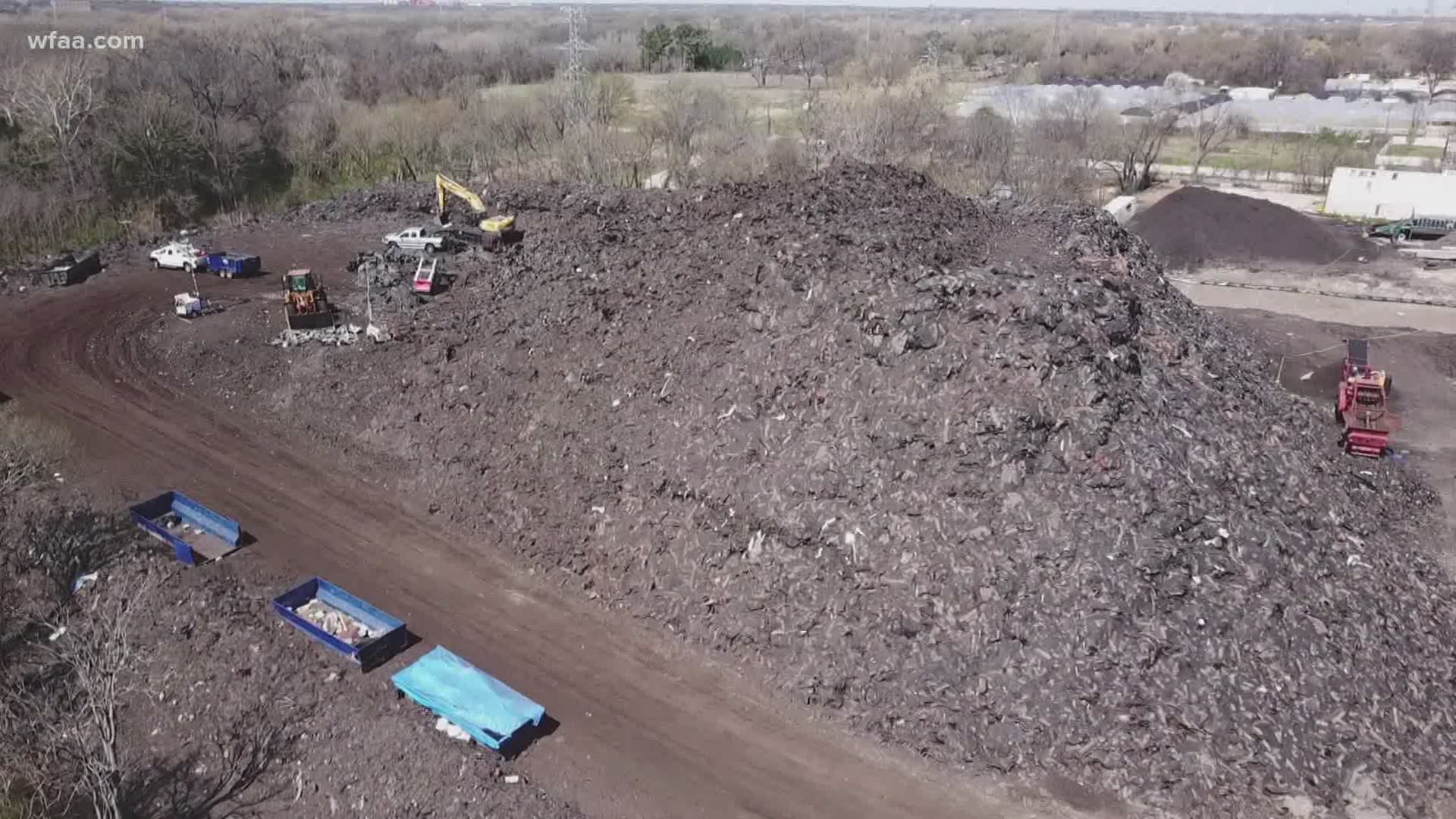 DALLAS — Community members gathered outside Dallas City Hall Wednesday morning to demand the removal of Shingle Mountain be started in earnest before Oct. 1.

Led by a group called Southern Sector Rising, supporters signed a letter to the city about the eyesore and say they will continue to push to see the massive pile of shingles finally taken away.

“We’re going to make sure we have direct actions, protests, (or) civil disobedience, in order to get that,” David Villalobos of the Texas Organizing Project said. “We're calling for them to have clean up of this five-story tall mountain.”

Shingle Mountain is off Central and Simpson Stuart in South Dallas.

In March 2019, a judge ordered Blue Star Recycling to shut down its operation and to clean up its mess at the site. People who live nearby had been complaining of various health issues due to Shingle Mountain, including Marsha Jackson.

In April 2019, a judge ordered the company to clean up and remove all shingles in 90 days.

Clean-up didn’t start until two months later in June. At that time, Blue Star Recycling said it could take a year to get it all cleaned up.

Then July 2019 came around. Shingle Mountain still wasn’t cleaned up.

Attorneys for the city of Dallas asked the court to find Blue Star Recycling and its CEO in contempt of the temporary injunction for failing to remove the shingle piles by the timeline the judge initially imposed.

But during the hearing, Judge Gena Slaughter of the 191st District Court decided to give Blue Star Recycling additional time to remove the shingle piles from its site on South Central Expressway. Slaughter determined Blue Star Recycling was taking reasonable steps to remedy the issue, after taking an unusual first-hand tour of the environmental eyesore herself.

November 2019 rolled around. And at another court hearing, Dallas officials got a judge to hold the now defunct Blue Star Recycling in contempt. But since the company no longer exists, the responsibility to clean up the environmental hazard will now fall on the land owner and the city itself.

According to Southern Sector Rising, below is a list of groups who signed the letter to the city: