Ron Olsen, with the help of his children, put out 10 painted rocks in March. Months later, there are now nearly 2,500 rocks along the trail in Grapevine. 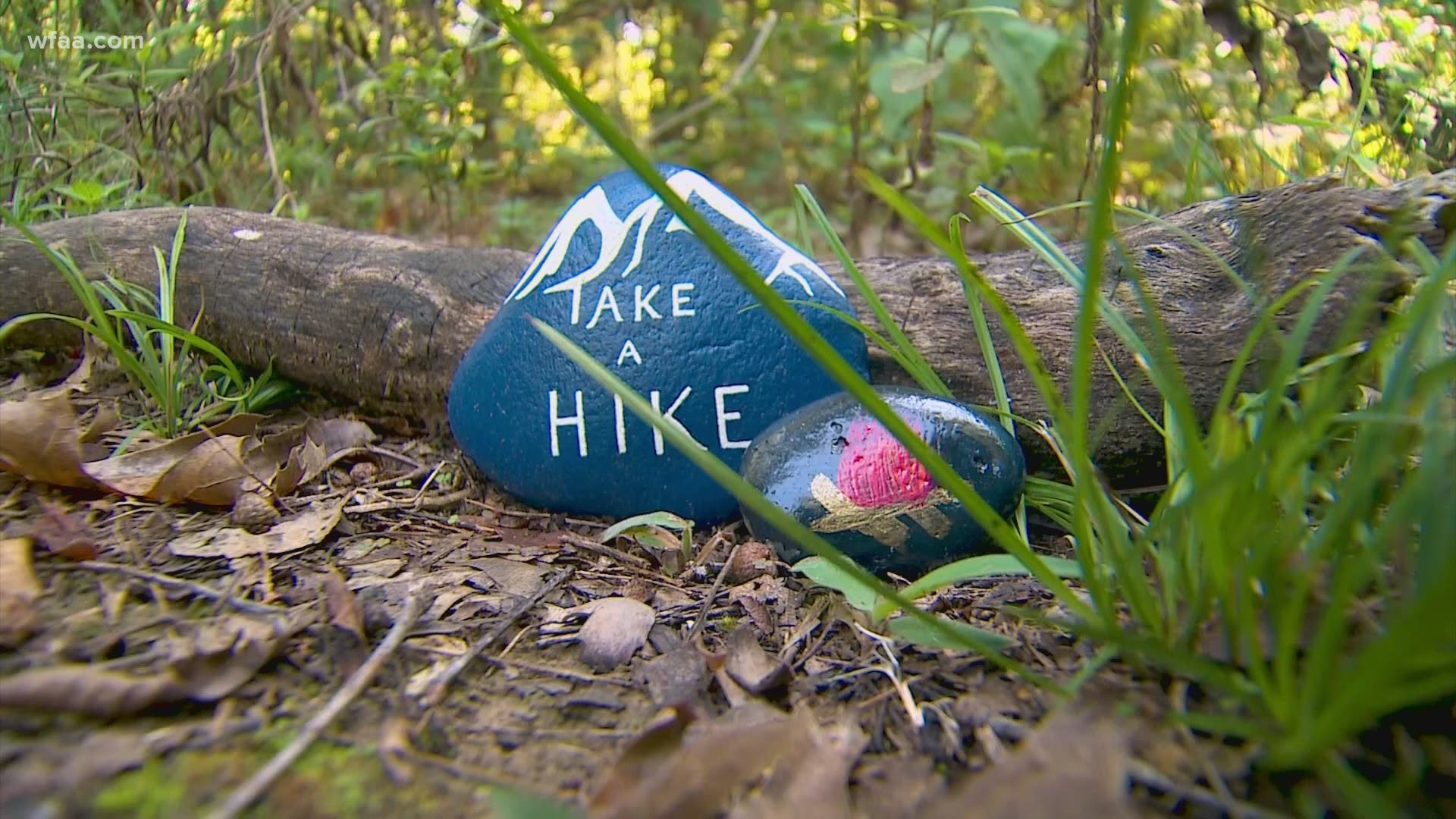 Ron Olsen was in Iceland when the pandemic first hit. He was there taking photographs - one of his big passions. He said he got one of the very last flights out of Iceland before the airports had closed. When he returned, he said he didn't recognize his home country. The home quarantines and social distancing back home gave him an idea. He decided to paint rocks and leave them at Parr Park, located about a mile from his home.

"Even when it started I didn't think it would turn into this," said Olsen, who started the painted rock project in March. "I think it's provided a lot of people with a lot of escape," he said. Olsen says he has taken a photo record of each rock placed on the trail.

RELATED: 4-year-old uses sidewalk chalk and a pink jeep to deliver smiles and prayers to neighbors

Olsen, with the help of his children, put out ten painted rocks at first. The first rock was painted with the flag of Iceland. Soon after, artists young and old started to add to the collection of rocks along Wall-Farrar Nature Trail in Grapevine.

And then, the Parr Park Rock Art Trail was born. "It was an idea born from the desire to create something to help families deal with the challenges posed by the Coronavirus quarantine," reads the description on the trail's Facebook page.

"The color keeps driving you further and further along," said Kevin Mitchell, who works in Grapevine's Parks and Recreation department. "You walk through here and it invokes memories," he said.

RELATED: North Texas fifth-grader's drawing wins 2020 Doodle for Google contest, and the message couldn't be more perfect for the times!

There are rocks painted with inspirational words like "Hope" and "Courage." Olsen estimates there are roughly now 2,500 painted rocks along the trail. Families and groups have added to the collection. In some cases, rocks have been assembled by every imaginable theme like Disney or the minions or nature scenes.

"We can certainly see each other through these rocks," Olsen said.