"I've been painting portraits since I was in the 10th grade," Carl Hess said

ROWLETT — Carl Hess has always had confidence on a canvas.

"I've been painting portraits since I was in the 10th grade," the 28-year-old artist said.

Over the years he has painted names you would know — movie director Spike Lee, Pastor Joel Osteen, and politicians from his native Tennessee.

Soon, perhaps, he may add the President of the United States to his portfolio.

"More than likely this one would be in the White House," Hess said. "A presidential portrait could really take me up to six months or more. We're talking a six-foot portrait." 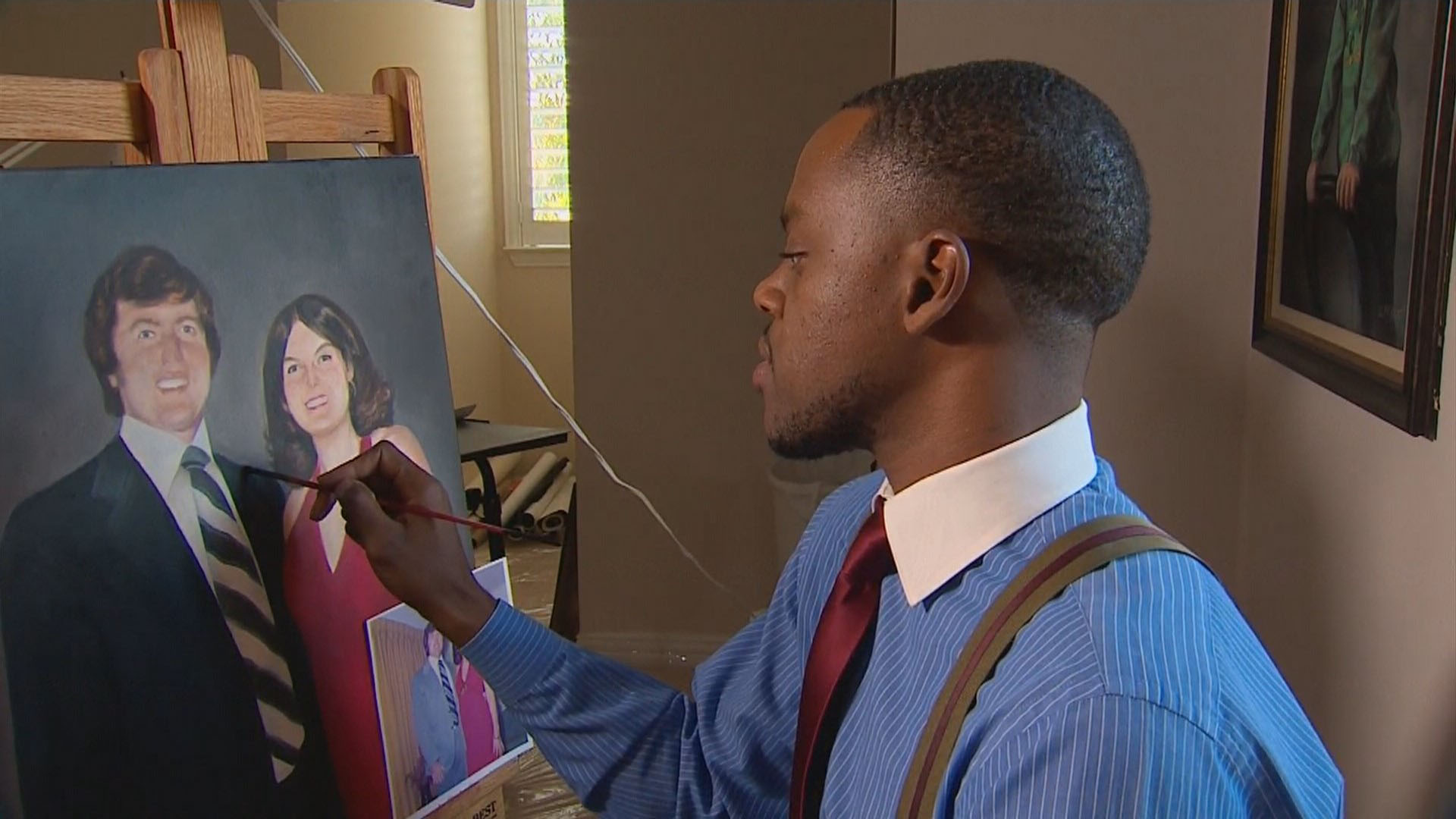 He is 28, lives in Rowlett, and teaches art at Bryan Adams High School in Dallas. Eight years ago, he painted Barack Obama and presented the picture to him.

"When I gave him the portrait [in 2008], I told him I wanted to paint his official portrait," Hess recalled. "He looked at me as if I was young and inexperienced and did not know the caliber of the portrait... and he was right."

He already submitted his portfolio to The White House, and hopes the president reconsiders him as his official portrait artist.

Hess has painted 300 portraits in the last decade. The president will personally pick his painter, according to the White House Curator's Office, something not likely to happen until he leaves office in 2017.

"Realistically if it doesn't happen, I feel like it was a great experience to prepare me for greater," Hess said.

The White House wouldn't say how many others he's competing against to paint a piece of history — the 44th presidential portrait.