The march was scheduled to begin in front of Dallas Police Department headquarters at 11 a.m. and make its way to City Hall. 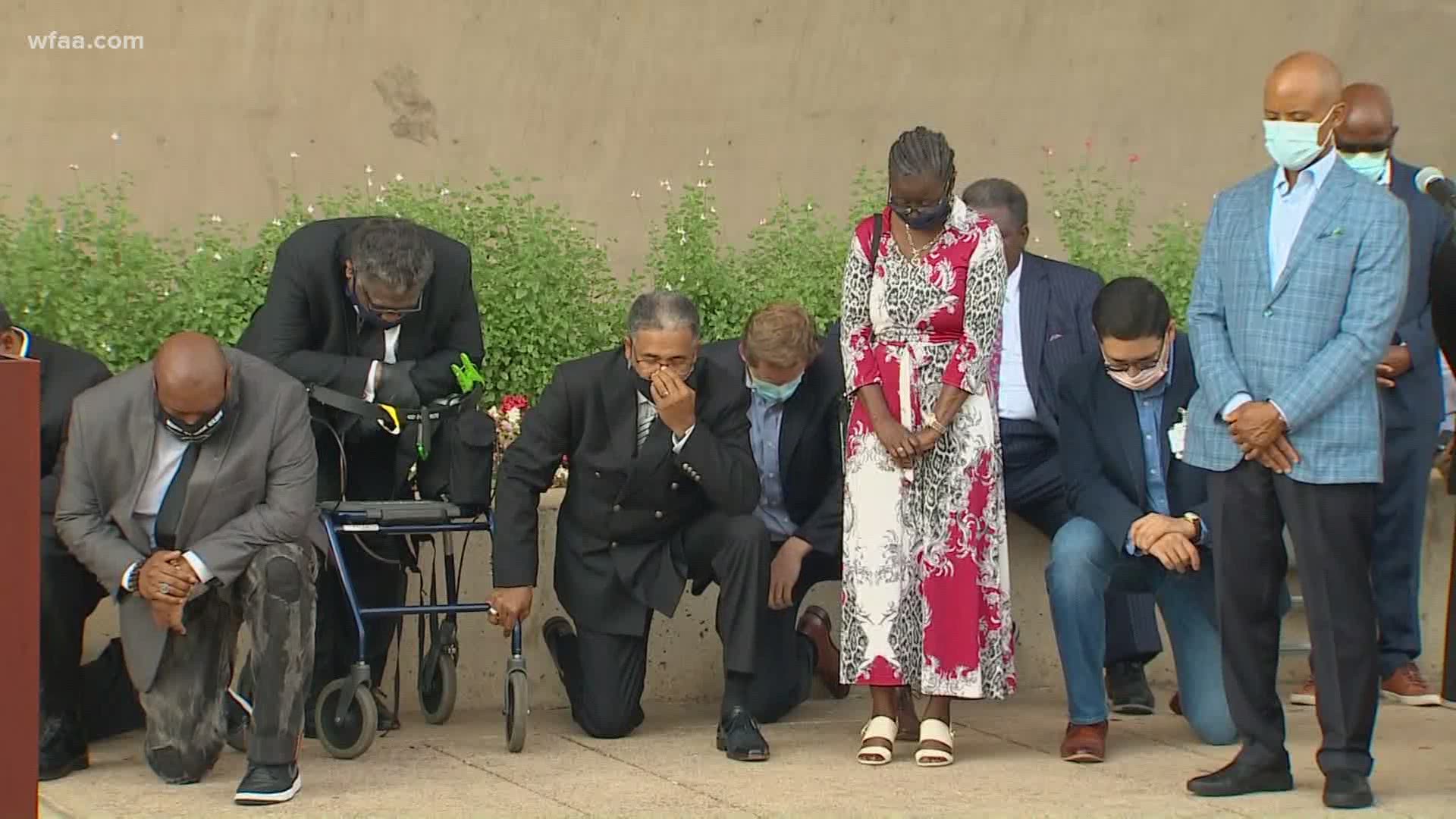 A number of events are planned for the Dallas-Fort Worth area in response to the death of George Floyd while in police custody.

This marks the seventh day of demonstrations across North Texas.

1:57 p.m.: A student-led march in Mansfield drew hundreds of students and residents. The event started at the high school and made its way to City Hall.

11:35 a.m.: Dallas Mavericks owner Mark Cuban was among those taking part in the "Blues for Black Lives Matter" march on Friday. He said that everyone needs to be the answer to change, as he addressed the crown.

11 a.m.: Local law enforcement are coming together for a march called "Blues for Black Lives Matter." The event started in front of Dallas Police Department headquarters and the march will take them to City Hall.

The event was sponsored by the National Latino Law Enforcement Organization and Black Police Association.

Floyd died after a police officer restrained him by kneeling on his neck. He was held in that position for 8 minutes and 46 seconds, even as people nearby asked the officer to stop and Floyd said he couldn't breathe.

The move came after a week of demonstrations, marches and vigils across the city and region. Friday, May 29 was the first day of demonstrations in Dallas. A number of events have taken place across area every day since.

On May 31, Dallas officials put a curfew into effect in effort to quell property damage, vandalism, and other actions in the downtown area. That curfew is expected to remain in effect for seven days, according to officials.