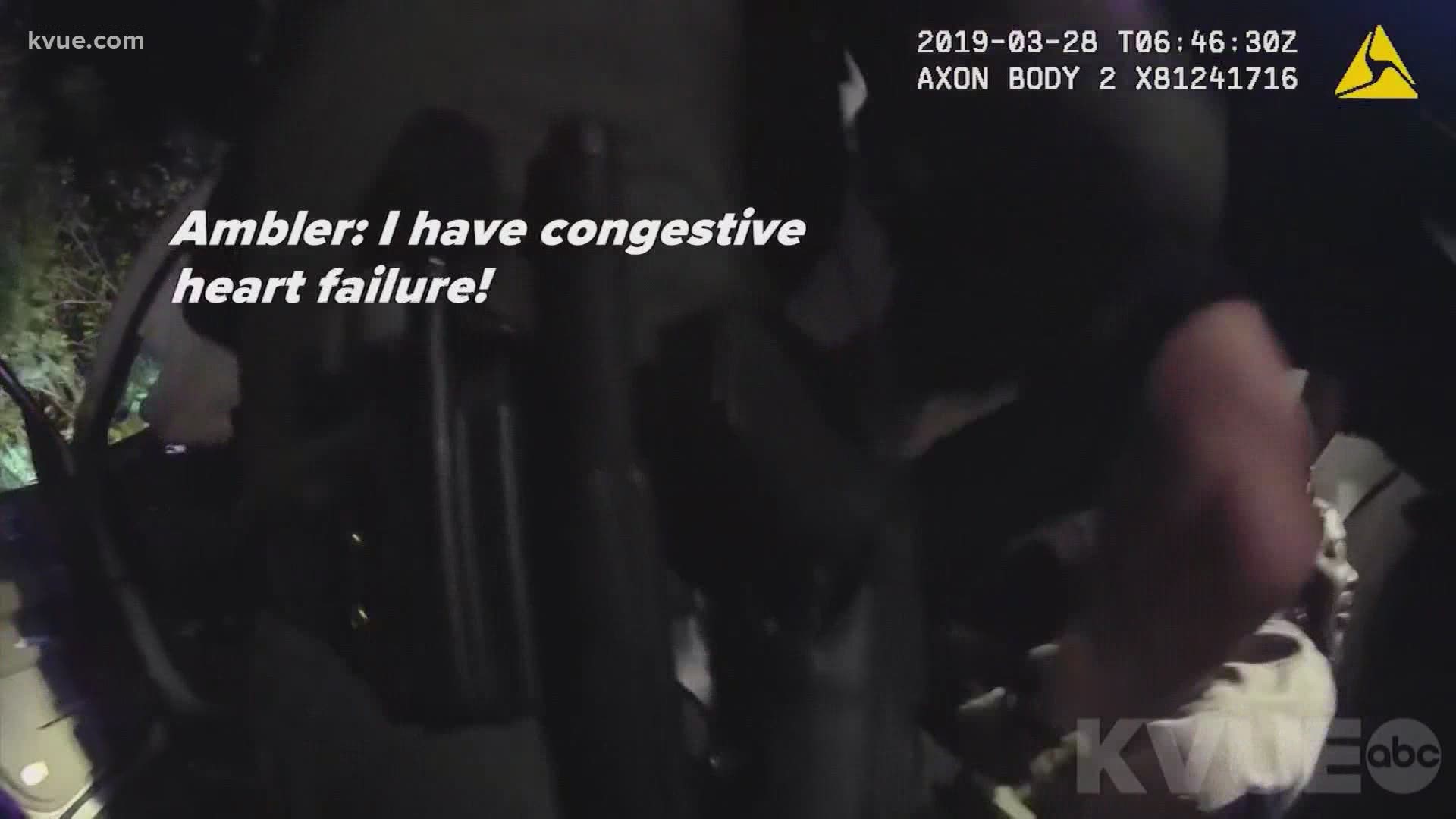 Ambler died in March 2019 after Williamson County deputies chased him in a pursuit that started when he failed to dim his headlights. The deputies used Tasers on Ambler four times before he died. Crews from "Live PD" filmed the encounter while taping for the show. The lawsuit claims that when Ambler became non-responsive, the production crew stopped filming.

The lawsuit said WCSO and APD took "the extraordinary step of jointly seizing the production crew’s cameras and footage of the incident that the crew had left in WCSO squad cars."

According to the lawsuit, for the next hour or more, the law enforcement agencies prevented the production crew from retrieving their cameras and the footage because they considered the materials to be evidence in police custody. The lawsuit said Lieutenant David prevented the crew from recovering the camera equipment and footage.

The lawsuit claims that the seizure of the footage was illegal and unconstitutional.

Eventually, the production crew members were allowed to retrieve their belongings, including the video footage. The morning after Ambler's death, the footage was sent to Big Fish's New York headquarters. After review, the company decided to not include the footage in any "Live PD" episodes and the footage never aired.

According to the lawsuit, Big Fish anticipated it would be served a subpoena or court order for the video footage from the night of Ambler's death. The lawsuit said Big Fish was ready to comply and had done so on other occasions when film crews captured someone's death. The lawsuit said "in the weeks and months" after Ambler's death, Williamson County and Travis County did not serve a valid subpoena to Big Fish and did not obtain a court order.

In June 2020, KVUE obtained and released body camera footage related to Ambler's death. The lawsuit states that Texas authorities did not start earnestly investigating the circumstances around Ambler's death until there was public outcry over his death and the deaths of other Black people at the hands of police across the U.S.

"In an effort to excuse their inexcusable delay in taking any real action to investigate or prosecute the events surrounding Mr. Ambler’s death, Williamson County and Travis County publicly sought to blame Big Fish as 'stonewalling' the investigation or somehow 'tampering' with the evidence," the lawsuit claims. "Williamson County falsely claimed that it controlled and should have had regular access to Big Fish’s unaired footage, including the footage surrounding Mr. Ambler’s death. In fact, these contentions are verifiably and knowingly false."

Big Fish's agreement with Williamson County for taping "Live PD" said that Big Fish was the "sole and exclusive owner" of its footage. According to the lawsuit, it required all unaired or raw footage “shall be destroyed by [Big Fish] no later than thirty (30) days after the Raw Footage is captured, except to the extent [Big Fish] is required to retain the Raw Footage pursuant to a valid court order or other state or federal laws.”

"The illegal seizure of its footage was premised on the false foundation that WCSO somehow owned or controlled Big Fish’s footage, and a year later this same false narrative was used to fuel a public campaign that vilified Big Fish and caused it untold economic damage and reputational harm," the lawsuit said.

At the height of protests over police brutality across the country in June 2020, A&E canceled "Live PD." This came just days after KVUE first released body camera video of Ambler's death.

The lawsuit also states that Williamson County and Travis County officers did not ask the "Live PD" production crew on the scene for interviews on the scene of Ambler's death, or in the months that followed.

Austin airport takes off with 7 new nonstop flights from Southwest