Dan Abrams spoke up about the ongoing controversy Thursday on his website. 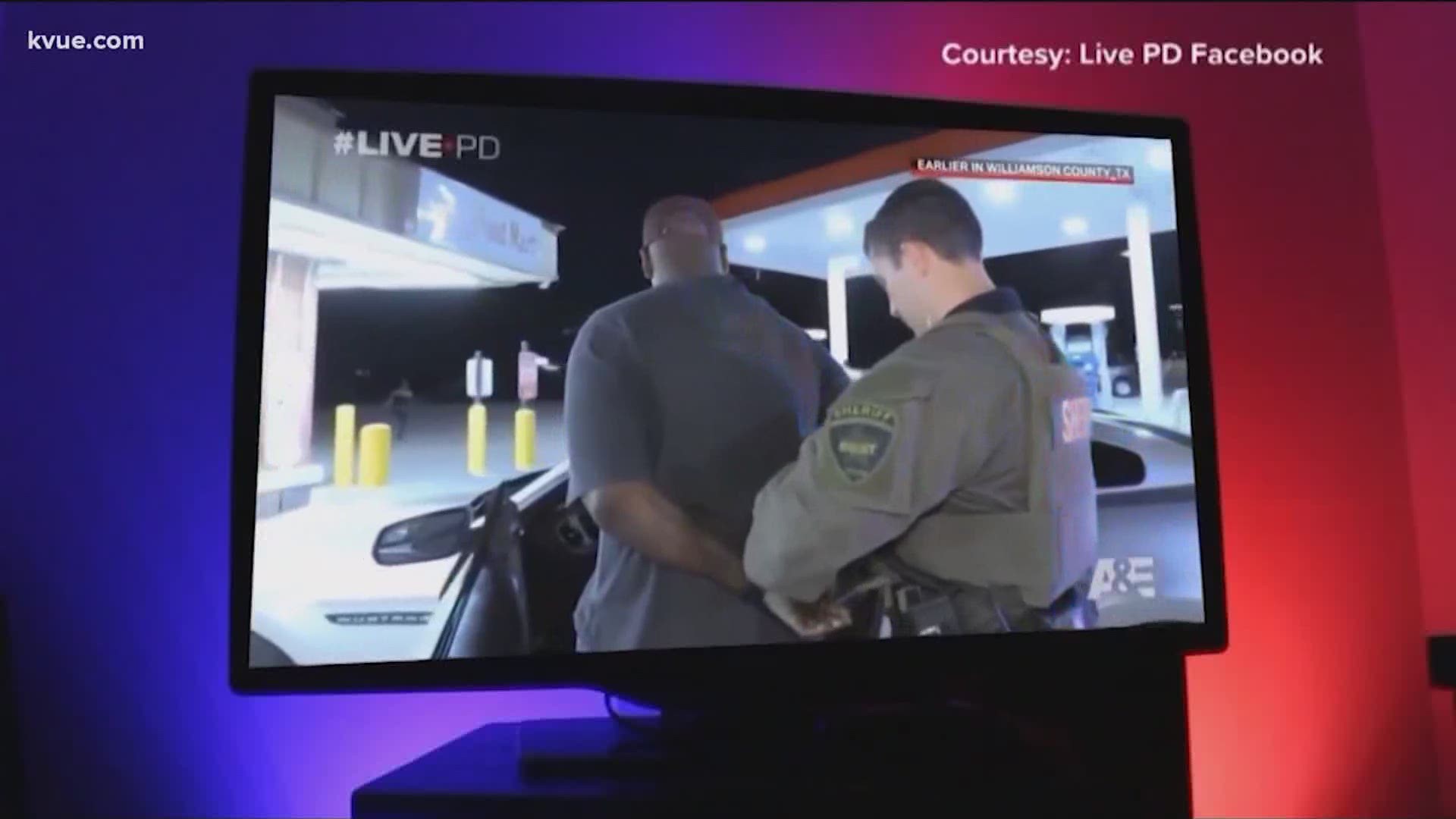 AUSTIN, Texas — The arrest and death of Javier Ambler by Austin-area authorities last year has recently been brought back into the spotlight after KVUE obtained bodycam footage from an Austin Police Department officer showing the exact moments before his death.

Williamson County Sheriff's Office deputies and Austin police officers responded to the incident, which started as a traffic stop over headlights, in March 2019. However, the stop led to a police chase that resulted in Ambler crashing his car.

The bodycam footage shows deputies tasing Ambler after he exits the vehicle, despite him telling authorities that he could not breathe and that he has a heart condition.

At the time of the incident, a staff member with the A&E program "Live PD" was present filming with the Williamson County Sheriff's Office. Since then, the program has found itself at the center of the case, with some authorities concerned over whether the show has a legal obligation to hand over its footage to investigators.

On Thursday, "Live PD" host Dan Abrams spoke out about the incident on his website. Here is what he said:

1) Did Live PD cameras capture footage of the incident?

Yes. While I never saw the footage myself, Live PD was on scene with Williamson County deputies when the incident occurred.

2) Did it occur during a Live PD show?

No. The show was on hiatus when the incident occurred and the show was filming for future episodes. It never aired on the show.

Because it involved a fatality and A&E standards and practices didn’t permit us to show a fatality on the show.

4) Was this the only footage of the incident?

No. Body cam footage from officers at the scene has now been made public and had been used in the investigation.

5) Does Live PD still have the footage of the incident?

Live PD had a long standing policy to only keep footage for a few weeks absent a specific legal request to retain it and all of the departments we followed were aware of that policy. The reason for this policy was so that we did not become an arm of law enforcement attempting to use Live PD videos to prosecute citizens seen on the footage. Live PD was there to chronicle law enforcement, not to assist the police as a video repository for prosecuting alleged criminals. In this particular case, the Williamson County Sheriff apparently requested that Live PD retain the video pending an investigation. Live PD did just that for three months until June, 2019 when the Williamson County Sheriff informed Live PD attorneys that their investigation was complete using the body cam footage that they had.

Timeline: A history of 'Live PD' in Williamson County

7) But Travis County District Attorney Margaret Moore has said she is “troubled that the show so far has produced no video.” So why didn’t Live PD turn over the video in the first place?

The Live PD attorneys informed me that’s because she never asked. Nor did anyone else in law enforcement or any other attorney make a request to them for the footage before this week, over one year later.

8) But knowing what happened on that video how could the show not keep it just in case?

Given what happened, I wish the tape had been preserved and the policy should have had an exception for this sort of situation. Many of us were advocating for a change in the policy before the show was canceled.

9) In retrospect, do you think Live PD should have shown this video on the show?

Yes . . . everything up to Javier Ambler’s final moments. It would have been very difficult to watch but in an ongoing effort to show all sides of policing I wish this had been aired just as we had shown many other controversial moments that led to criticism of, and appreciation for, police.

10) How are you feeling now that the show has been cancelled?

I am frustrated and sad because I truly believed in the mission of the show to provide transparency in policing. I completely agree with advocates calling for more body cams on officers and more uniform rules for their use. It seems to me that the antidote to bad policing and officers is transparency and that means more body cams and more shows like Live PD. It’s important to distinguish Live PD from a show like “Cops” that just presented a highlight reel of crazy moments. Live PD was totally different — following the officers in real time, in their real environments showing the nerves, the adrenaline, the bad, the good, and often the mundane and boring. I will miss it all.