'This has to come to a stop': Lincoln HS students launch project focused on canning violent crime in community

Students at Lincoln High School say the deaths of three peers to senseless gun violence motivated them to action. 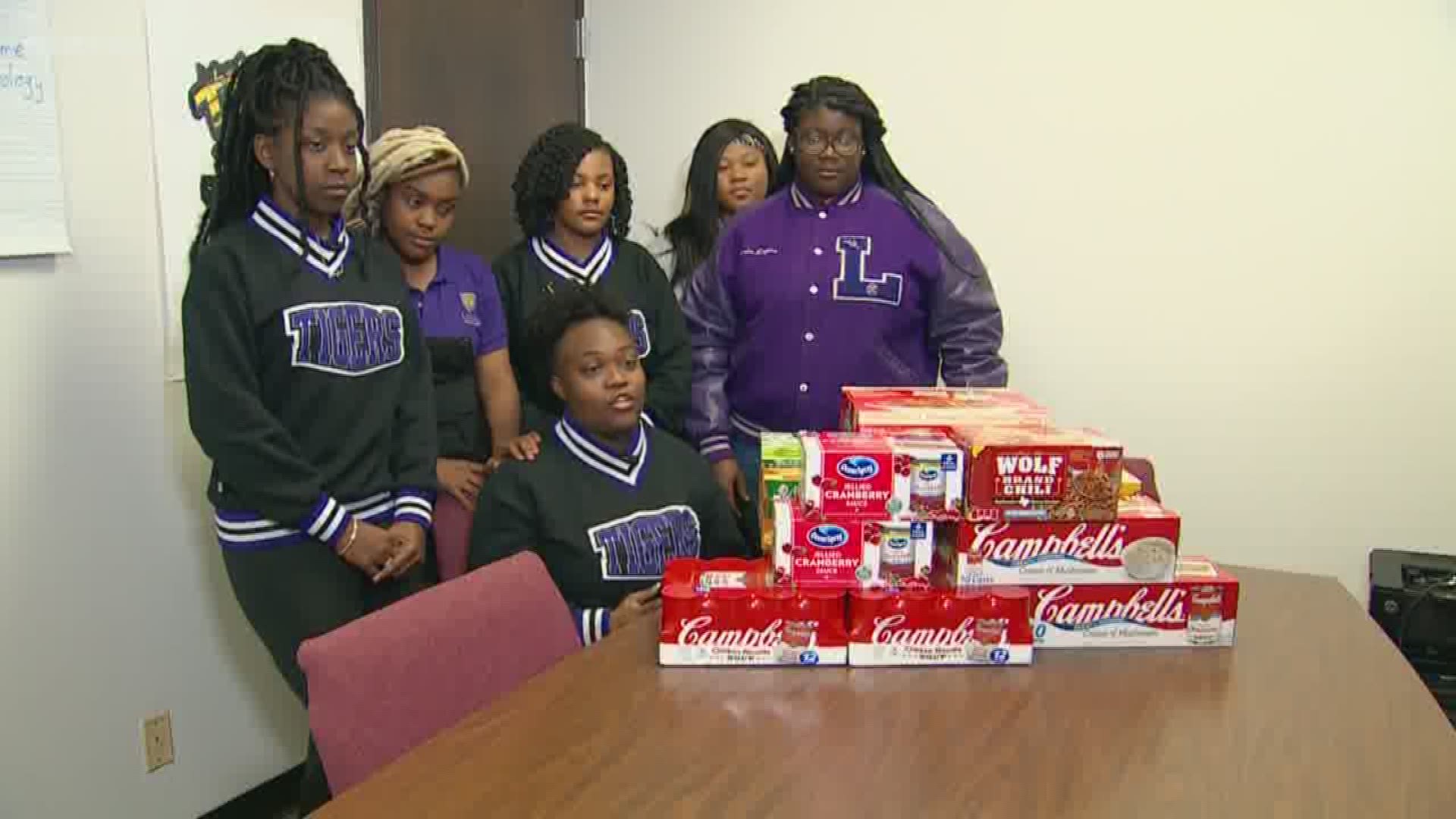 DALLAS — A group of students at Lincoln High School in South Dallas is on a mission.

The young women are collecting canned goods, in hopes of bringing awareness to senseless violence across the community and on school campuses.

“We really want to say that violence has to be canned. This has to come to a stop," Natoria McCalister said.

The students are eleventh graders who organized community service and awareness effort called, "Together We Can."

The teens say the motive behind their project is personal, after the tragic deaths of several students.

"It's been frustrating. It's been emotional. It's been a crazy path," Kelbie Lewis said.

The Lincoln Tigers experienced the passing of three students, since the summer. Each of the victims was killed by gun violence.

The girls say the reality of it all still stings.

RELATED: Dallas on pace for highest murder rate in more than a decade

RELATED: Family of two murder victims say they are frustrated with Dallas police

"You wake up and wonder who is next,” Lewis said. “Like, is my close friend next? Do I have to worry about is somebody fighting, or am I going to get crossfire?”

The organizers of the service project have been classmates and friends for at least three years. They believe speaking out, this way, sends a stronger message coming from teens.

"It's very important for us to bring awareness to this and make sure that we have a voice because this is the place that we go to school," McCalister said.

The students say they’re honoring the memory of their peers by asking the community to can the violence, symbolically through canned food donations.

"The cans that we collected, we are going to donate them to Mount Olive Church, which is a non-profit organization in our community," Meia Cole said.

The church operates a food pantry.

So far, donations have come in from organizations like Thackery Partners, students, teachers, and staff.

"I want to put this message out here that this needs to stop now,” Cole explained. “It's all senseless.”

They are hoping more community members help by dropping off donations during school hours on Monday, Dec. 16 at Lincoln High School.

It is located at the 2826 block Elsie Faye Heggins Street.