With K-9 Officer Cziko forced to retire due to medical issues, his human partner decided it was time to call it a career too. 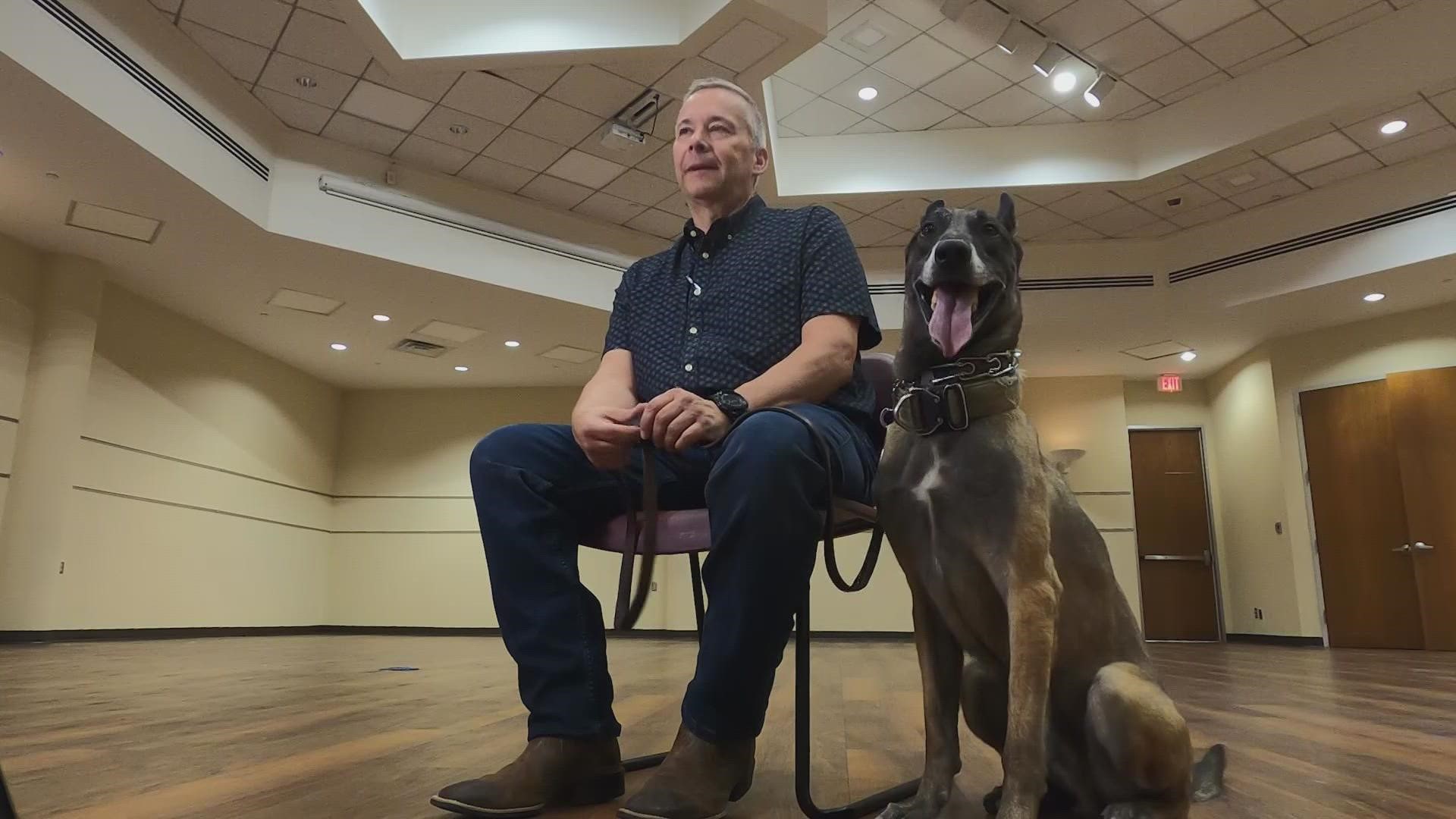 LEWISVILLE, Texas — Two Lewisville police officers retired on Friday. After a rousing sendoff by co-workers, family and friends, they got in a car and went home together too.

Although, it might be tough to explain to one of them that the career is officially over.

"No, we haven't had that discussion," Shane Menz said as his partner, an 8-year-old Belgian Malinois named Cziko jumped into his lap and began licking his face.

The two Lewisville officers have been partners for six years of protection, pursuit and public demonstrations.

The Lewisville Police Department says Cziko's retirement is due to underlying medical issues. But after a 25-year police career of his own, 17 with Lewisville, Menz decided he would follow his partner out the door.

"It's kind of hard on the family life, being on call and doing what we do," Menz said of his life as a police officer and K-9 instructor and trainer.

His career in Lewisville included a Life Saving award for helping pull a drowning subject out of Lewisville Lake. He's also had several K-9 partners. But he and his family agreed Cziko would be the last.

"When he was ready to retire, I promised myself and my family that he would be the last dog I took. When he was retiring, then it was time," said Menz.

So, they both received a sendoff at the Lewisville Police Department on Friday. Cziko even chowed down on a dog-friendly cake all his own.

In tradition, they will spend their retirement with each other too. Cziko is headed now to live out the rest of his life at the Menz home and backyard.

"They become a part of, an extension of you," said Menz.

So much an extension, he joked, that they're beginning to look a bit alike.

"Both getting gray around the muzzle," the 53-year-old joked.

One of their last official police department photos shows them both with their own gray "beards."

"My question is who caused what? Did I cause his or did he cause mine?"

As they go home together, Menz will continue speaking to his retired partner in the original Czech commands he was trained with in Europe.

"It's the perfect job for me," he said of his career as a K-9 handler, who now must find plenty of jobs and purpose at home for an energetic partner who still believes he has work to do.

The Lewisville Police Department says Cziko's accomplished career includes multiple apprehensions and narcotics finds. In Stryker and the Paris Police Department's K-9 Cupa, Cziko became the first dog in the United States that trained to discriminate between hemp and marijuana.