This is the second lawsuit filed by a North Texas nurse against Thyssenkrupp Elevator. 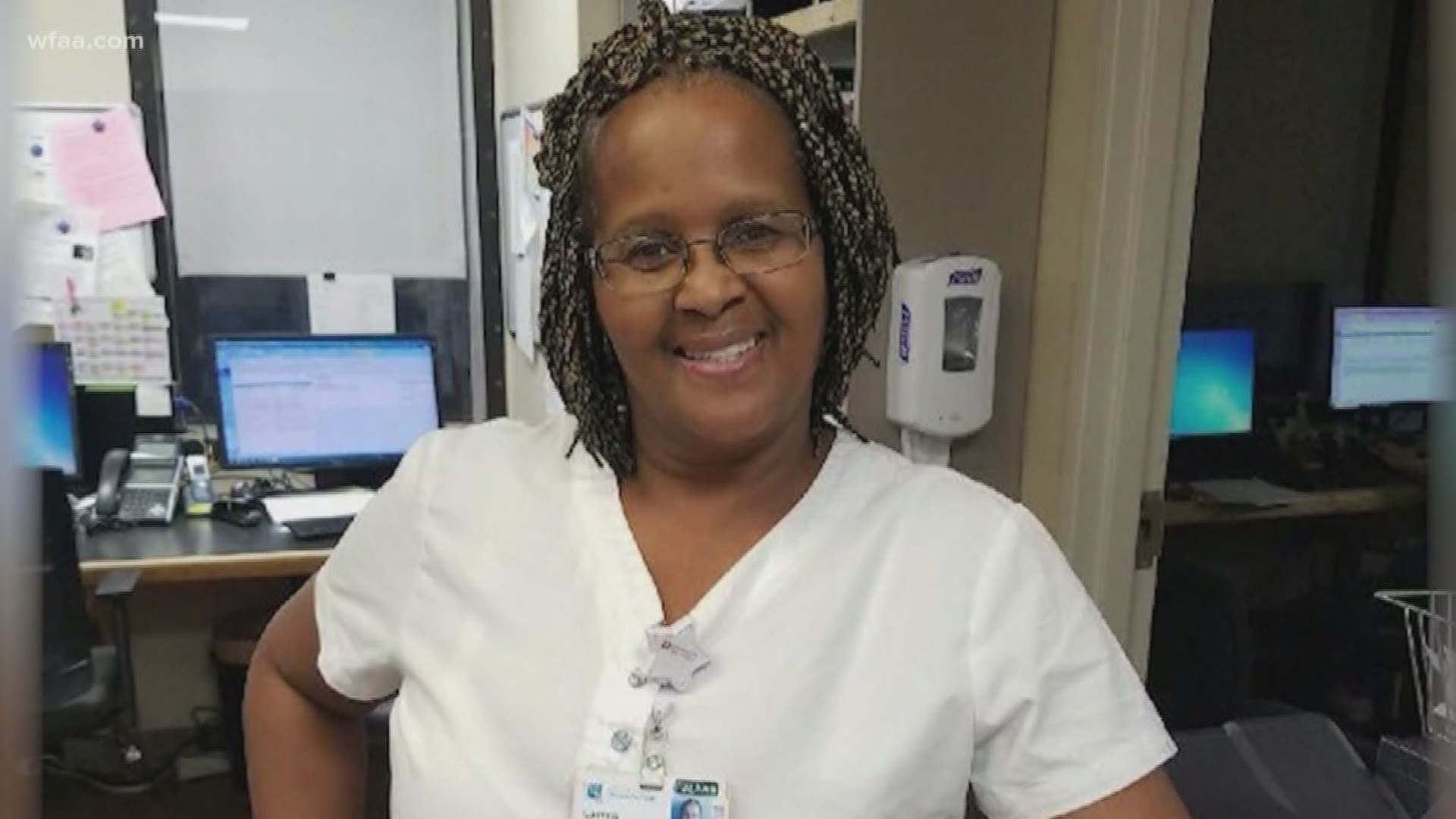 A lawsuit was filed Tuesday against an elevator company on behalf of a John Peter Smith Hospital nurse who was left with serious brain injuries after she was crushed in an elevator accident.

The lawsuit alleges Thyssenkrupp Elevator, the company hired to maintain the hospital's elevators, failed to perform routine maintenance, which led to a brake failure on Jan. 20.

On that day, 56-year-old Carren Stratford became trapped in the elevator when it began to suddenly move upward as she entered the car, causing her to fall. The elevator continued to rise with the lower half of Stratford's body inside the car and her upper half outside, according to the suit.

The lawsuit says Stratford was unable to breathe and her circulation was compromised for about 10 minutes before rescuers were able to free her from the elevator car.

Stratford suffered hypoxic brain damage and was in a coma for 15 days.

More than six months after the accident, the lawsuit says, Stratford remains a patient at a brain injury rehabilitation center in Houston and will continue to need medical care "for the foreseeable future."

“She can communicate some now and get up some on a walker, and that’s the extent of it," said attorney Frank Branson, who represents Stratford.

Branson said she needs “too much nursing care to be transferred” out of the rehab facility.

“She planned to go back and get her masters in nursing," he said of Stratford before the accident. "And that appears to be out of the question, along with any nursing career at this point.”

A report by the Texas Department of Licensing and Regulation found the elevator accident was due to brake failure caused by improper maintenance.

According to a Fort Worth Star-Telegram report, "elevators at JPS malfunctioned at a rate of at least once a day in the year leading up to Stratford’s injury."

The lawsuit seeks monetary damages of at least $1 million and names Thyssenkrupp and Randal J. Mason, an employee of the company who oversaw the maintenance of the JPS elevators.

The hospital wasn't named as a defendant in the lawsuit.

“It’s not as though Thyssenkrupp is a mom-and-pop operation," Branson said. "This is one of the top names in elevator maintenance companies.”

Thyssenkrupp Elevator was also listed as a defendant in a separate lawsuit filed by a Texas Health Harris Methodist nurse on Feb. 5.

Rogena Wright filed the lawsuit that alleges she suffered several herniated discs when an elevator "plunged several floors in a matter of seconds" in January 2018.

"Per our corporate policy, we do not comment on pending litigation," said a spokesman for Thyssenkrupp when asked about the Stratford lawsuit.

RELATED: Fort Worth nurse files suit against elevator company after accident leaves her with herniated discs