"She was waiting on some sort of decision and some form of justice that she didn't get," said attorney Michelle Simpson Tuegel. 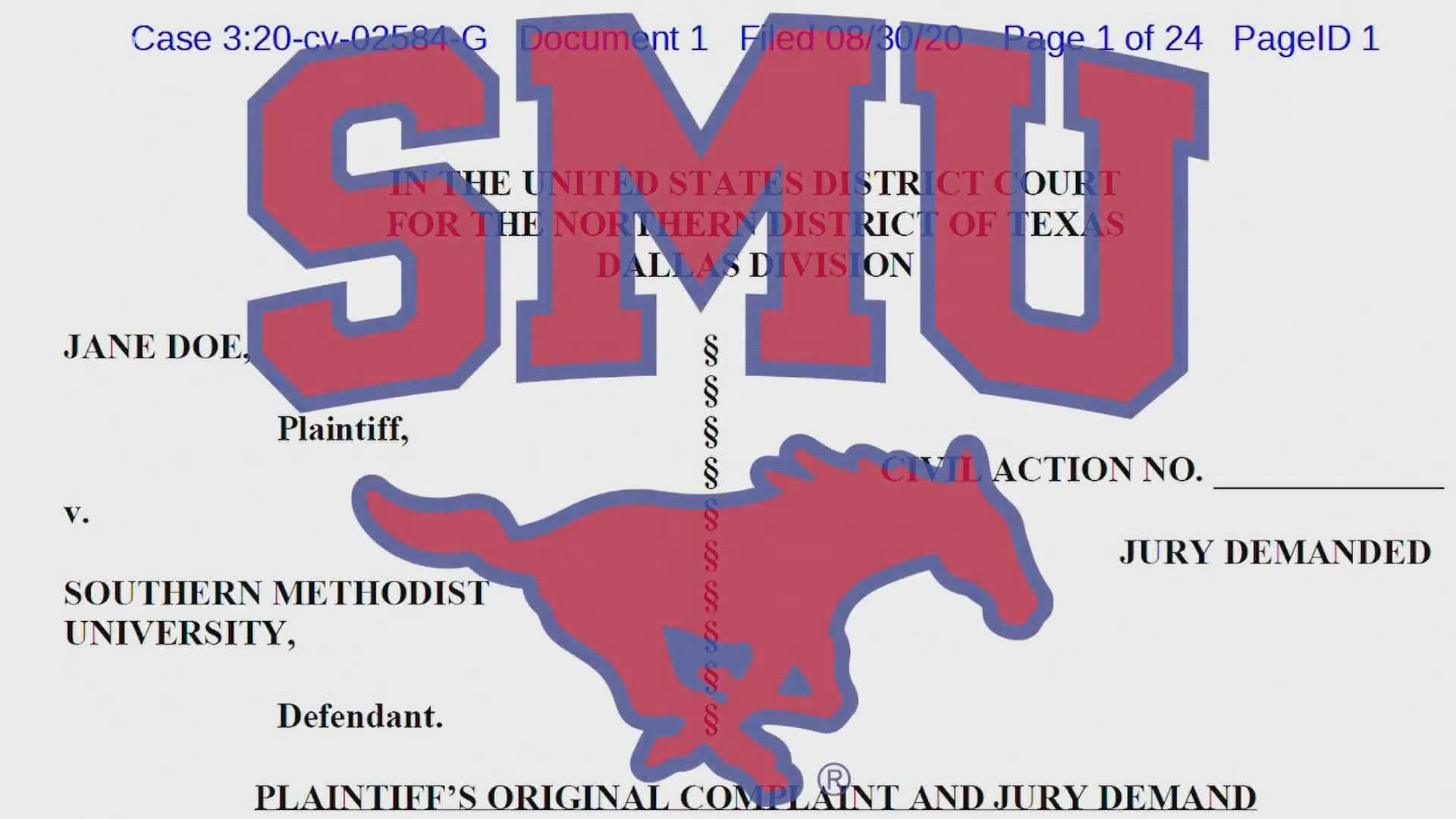 A student at Southern Methodist University who says she was raped by a football player in her dorm room has filed a lawsuit against the school, claiming officials didn't properly investigate the assault.

In the lawsuit filed Sunday, the woman and her attorneys say the incident happened in August 2019 when an SMU football player, a resident of her same dorm, entered her room, said "You know why I am here."

The suit says the man "continued to force himself onto [the student], and raped her."

The lawsuit does not name the football player and the female student is identified as "Jane Doe."

An SMU spokesperson said the university "does not discuss pending litigation and any responses will be filed with the court."

According to the lawsuit, university officials did not relocate the football player to a different dormitory after the assault was reported and that he remained on the team.

The student says her investigation lasted more than 100 days and ended after the football season was over and with investigators determining there was "insufficient evidence," the lawsuit says.

"This has been a hard road," Tuegel said. "She has not been heard or validated by the school that she loves and that she thought would protect her."

The attorney said the university did not do enough after her client reported the assault.

The student says she was bullied, harassed online, and her car was vandalized.

"She was waiting on some sort of decision and some form of justice that she didn't get," Tuegel said.

"Universities do often protect their athletes," Tuegel said."And that has been a widespread problem at universities around this country."

SMU had not filed a response to the civil lawsuit in court as of 5 p.m. Monday.