The lawsuit also claims joyriding at NorthPark Center continues to be a problem almost a year after one man was killed and another injured. 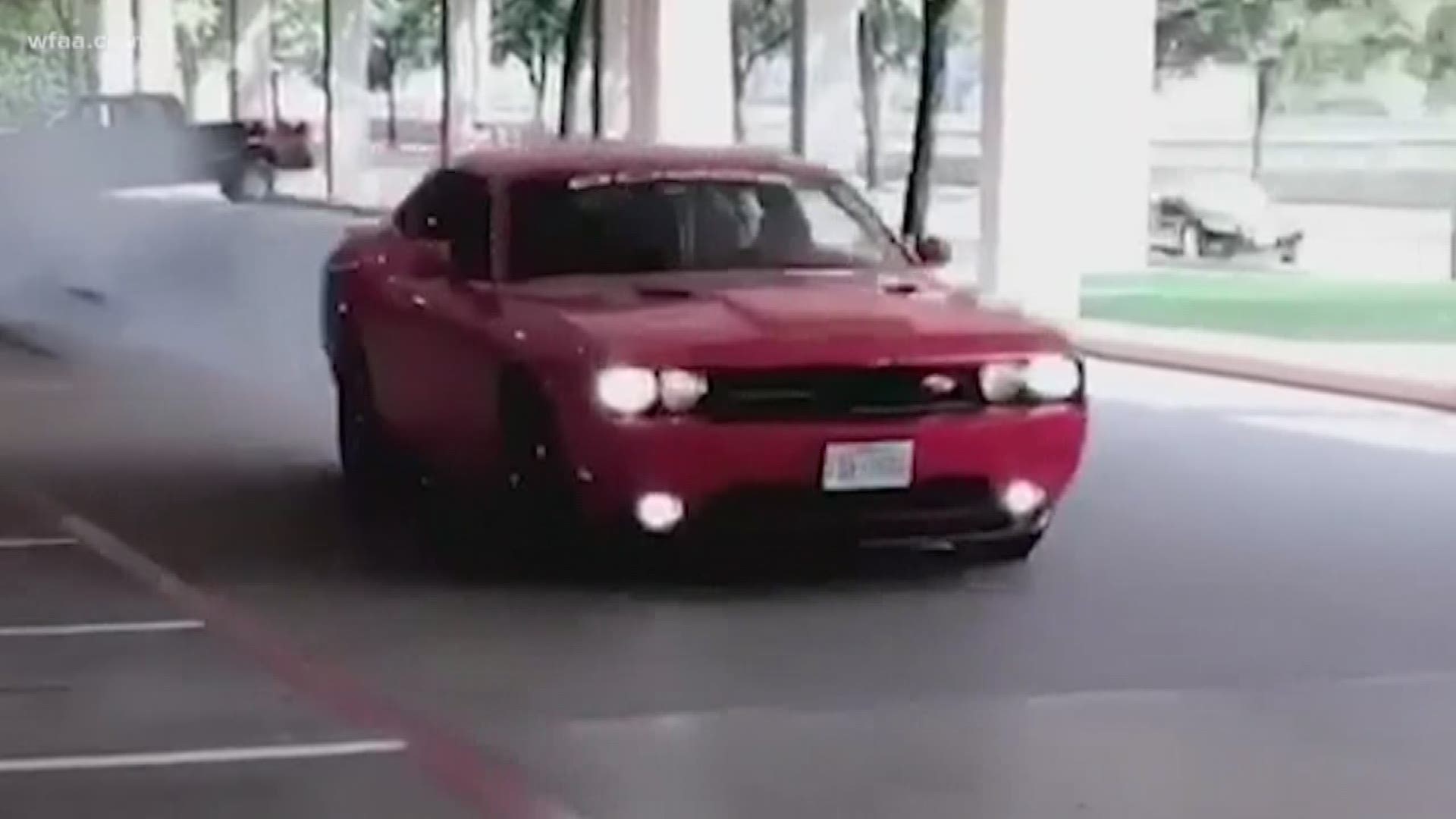 A known joyriding problem inside NorthPark Center garages led to the death of an innocent bystander, a lawsuit filed Wednesday claims.

The mall knew of a "'Fast & Furious' joyriding problem... since at least 2011," eight years before the death of a Chinese businessman inside one of the parking garages, according to the civil suit.

In addition to "seeking millions of dollars in damages," the suit asks the court to close all but one of the mall's parking lots for an entire year.

On March 11, Yu Luo and Shiguo Wang, both from China, were walking on the second level of the garage near Nordstrom when they were hit by a speeding Dodge Charger, Dallas police said.

The impact threw Luo into a wall. He died at the scene.

Wang was thrown over the parking garage wall and into a tree, police records show. He then landed on the street below. According to the suit, he has undergone several surgeries and remains hospitalized.

The lawsuit was filed Wednesday at a Dallas County civil court by a law firm representing both the Luo and Wang families.

Christopher Ryan Shaw, 29, was the driver of the car that hit the men. According to police records, Shaw had THC and amphetamines in his system at the time of the crash.

He "was making a 'high-speed run' from the ground floor towards the roof of the garage" when he spotted the two men, the lawsuit says. While he attempted to avoid them, he lost control of the car, hitting them as they stepped into a crosswalk.

Shaw was arrested on charges of manslaughter and aggravated assault with a deadly weapon. He’s awaiting trial.

But the lawsuit claims the joyriding that resulted in the death of Luo wasn't an isolated event.

According to the suit, NorthPark Center “'knowingly tolerated,' and 'failed to make reasonable attempts to abate,' joyriding by large groups meeting the definition of 'organized criminal activity.'"

Attorney Marc Lenahan shared aerial images that show circular marks on the ground on the top level of one of NorthPark's garages. The marks are indications of joyriding, the law firm claims.

In addition to the suit, Lenahan told WFAA that he's asking shoppers to boycott NorthPark this holiday season due to safety reasons.

"If NorthPark doesn't care about its guests, then I don't want its guests caring about them," Lenahan said.

"NorthPark is in receipt of a lawsuit filed against it related to the tragic incident on March 11, 2019. Following the incident, NorthPark immediately began its investigation alongside legal counsel and local authorities. While NorthPark remains deeply saddened by this incident, NorthPark unequivocally denies all claims of wrongdoing asserted in the lawsuit. Beyond that, NorthPark cannot comment at this time on pending litigation."

Almost two months after Luo was killed in the NorthPark incident, an 8-year-old girl was killed when she was ejected from a car on Lake June Road. According to police, the car she was inside was struck by another vehicle during a street race.