Little Joe: From a timid boy from Temple to Chicano music star

He says he understands his type of music is a dying art but says he embraces new artists and their styles. He'll be performing at the State Fair this month. 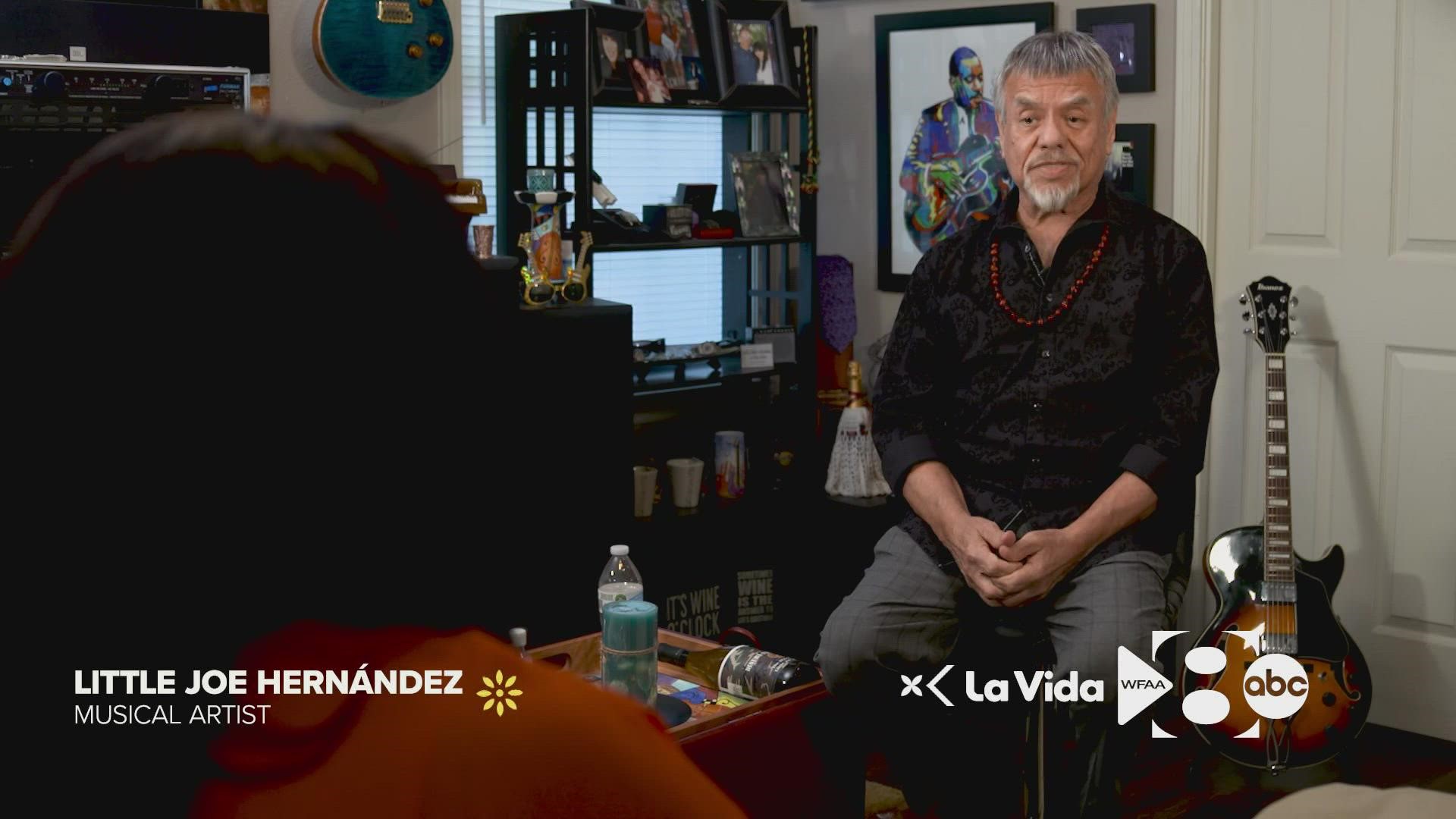 For Hispanic Heritage Month, WFAA sat down with the Grammy-winning artist to talk about his career and life, including how he defeated COVID this year. He's getting ready to perform at the State Fair of Texas on Sept. 30.

His music spans generations and he’s been on the road for 60 years. He is considered a trailblazer for Tejano music and his song "Las Nubes" became a part of the 1970's migrant worker and Chicano movement led by Cesar Chavez.

"I claim I have music for all ages and all races,” Hernandez said.

José María de León Hernández , known as "Little Joe," is a living legend with humble beginnings. He was born and raised in Temple, Texas. The local museum is filled with his memorabilia that tells the story of his life from childhood to stardom.

"I was a real shy kid, always wanted to be in the back of the line. You know I was just really timid,” Hernandez said.

That timid little child’s journey to fame started in the cotton fields outside of town.

"I started as a guitar player and then I loved music, but I was really shy and I wanted to be a jazz guitarist," he said.

He put those guitar skills to work. When he was 15 years old his dad went to prison so Little Joe decided to make some extra money and played his first gig.

"And I made 5 bucks and thought 'wow, I had to pick 500 pounds of cotton to make $5' because it was a penny a pound in those days so I thought well this is something I need to do,” Hernandez said.

Credit: Little Joe Hernandez
"Little Joe" Hernandez when he was a kid.

So, he soon began singing.

"It was a nightmare for me to get on stage and face the crowd," he said.

He overcame his shyness and learned to love music and singing. He says it’s the magic that enriches his soul.

He sat down with us for a one-on-one interview. WFAA asked him about Little Joe Y La Familia's most iconic song from 1972, "Las Nubes." It’s a song about rain and also the migrant workers.

"It’s a message of hope and inspiration even though we may be oppressed we are talking about rain reviving us,” Hernandez said.

He says fans began to flock to his concerts.

"I was fortunate enough to be the first in this genre of music to sign a contract with international We records,” said Hernandez.

He says he wanted more of a say in his career so he launched his own record label. Fans have credited him with making Tejano music popular and helping launch careers of singers like Selena.

But fans may be surprised Little Joe says his music is not Tejano but Chicano music.

"It’s American music in two languages. It doesn’t matter who wrote the song or in what language it’s the delivery of the song,” he said.

He’s recorded songs with legendary performers like Willie Nelson and Carlos Santana. For years he performed with Willie during his Farm Aid concerts.

And he says those were the days.

"The most memorable moments I don’t remember because we were having a great time. They tell me we had a lot of fun and I believe them,” Hernandez said with a laugh.

Little Joe attributes his success to his brother Jesse who died in a car accident at a young age. He says he vowed to keep a promise to his brother to take his music to the top.

He says that moment came when he performed with the San Antonio Symphony.

"It was so incredible and I felt an incredible relief and I thought my promise to my little brother was complete," he said.

He says he understands his type of music is a dying art but says he embraces new artists and their styles.

"Music continues to evolve as new generations bring in their own ideas and we should always welcome you know the ideas and sounds and everything new artists have to offer," Hernandez said.

Little Joe has won multiple Grammys, has a star in the Palm Springs Walk of Stars and has received so many civic awards he’s not sure where to put them all.

But, at 80 years old he says his biggest win was over COVID.

He was extremely ill before there was a vaccine. Now he says he’s encouraging his fans to get vaccinated and has recorded some public service announcements.

He says the virus hurt his vocal range but he’s ready to perform again and take a page out of his friend Willie’s book and get on the road again.

Little Joe: From a timid boy from Temple to Chicano music star 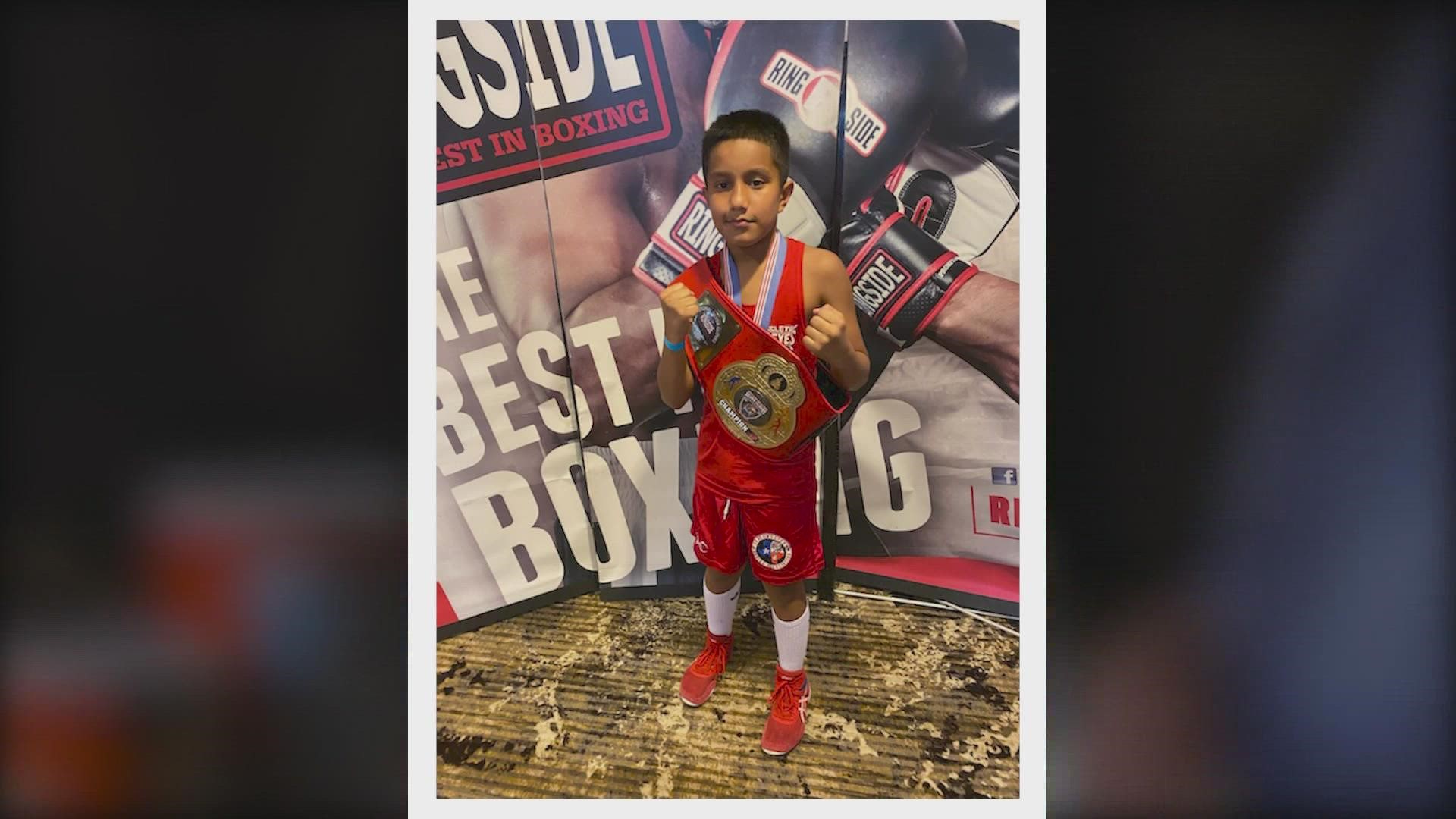