At age 64, Jose Gaytan is a seasoned pro, cutting fresh corn off the cob with expert precision and slathering it with butter, crema, cheese, and a blend of spices. 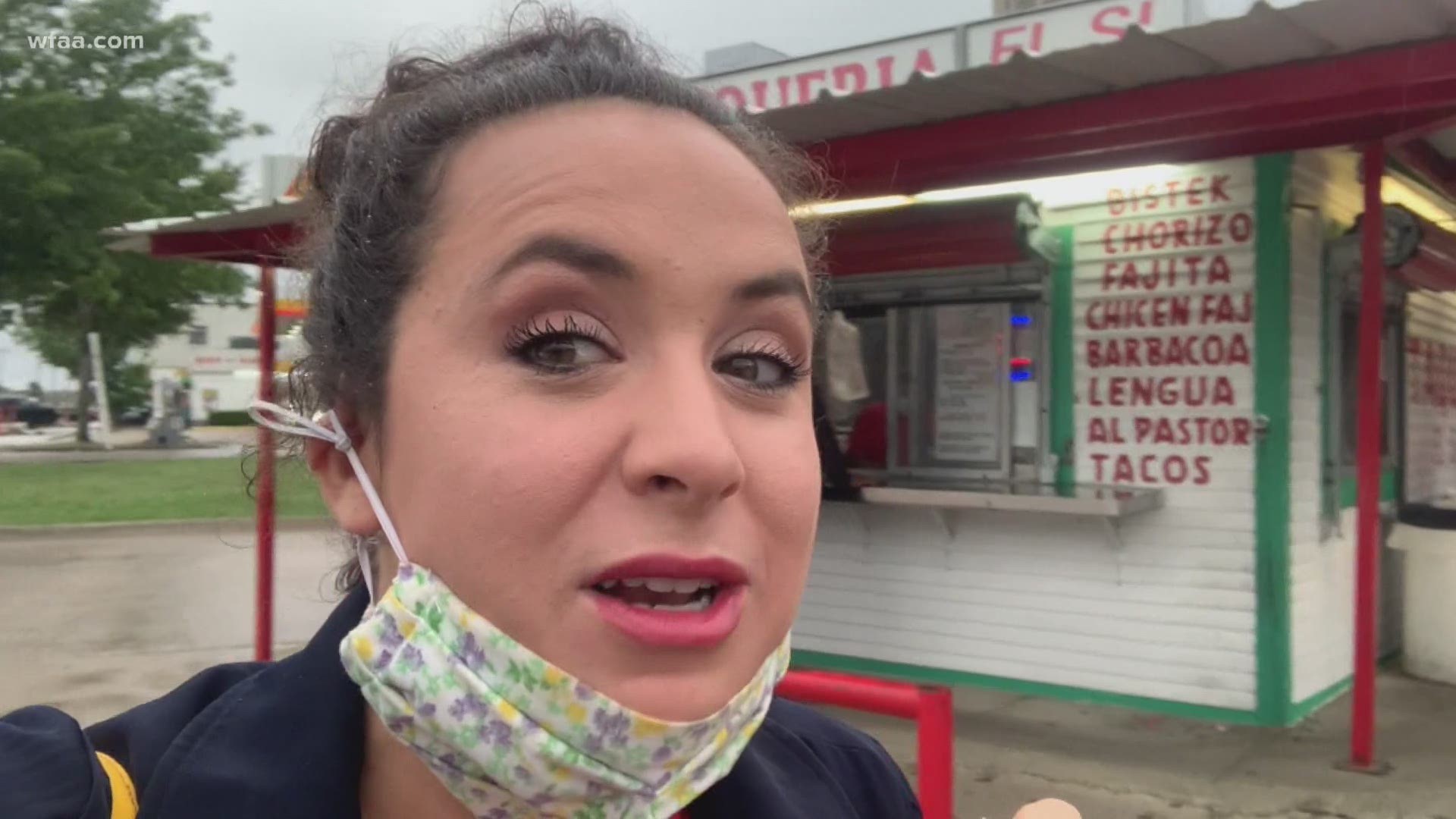 There a few things you can count on in this chaotic world, such as the sun rising in the east and setting in the west and Uncle Sam coming for your taxes. If you live in Oak Cliff you can count on Jose Gaytan, aka the "Elote Man" to show up rain, sleet, or snow.

"We try to get him to take a break. But he loves this. He says 'Who will feed all these people, who will make the corn,'" said Gloria Gaytan, Jose's daughter who also works by his side.

Jose is the owner of Taqueria El Si Hay at 601 West Davis Street in Oak Cliff. It's a tiny building he purchased in 1996 that's no more than 80 square feet.

Regardless of the building's size Jose's family and staff crank out big flavors from the kitchen. Customers line up for homemade street tacos, from al pastor to barbacoa, to lengua, and more.

"We make it fresh and we have to make several batches every day. I think that's what sets us apart," Gloria said.

While many devoted customers say El Si Hay has the best tacos in town this establishment has become a landmark because of its elote and the man behind it.

"If people show up and he's not here yet they get so disappointed. Every day people ask about my dad," Gloria said.

Nearly 365 days a year Jose and his cart show up around 5:30 p.m. and within seconds a line of hungry customers form.

At age 64, Jose is a seasoned pro, cutting fresh corn off the cob with expert precision and slathering it with butter, crema, cheese, and a blend of spices that can warm you up on the coldest day. A cup will cost you $3 and El Si Hay only accepts cash.

Jose started his career at 22 years old, an immigrant from Mexico he started selling his elote from his cart all throughout Oak Cliff.

He saved his money for years and at the urging of his father he finally purchased that tiny "brick and mortar" on the corner of Davis Street and Llewellyn Avenue and opened Taqueria El Si Hay. The rest, as they say, is history.

"So many people quit when things are tough but my father never quits. He's my superhero," Gloria said.

Jose's family says his work ethic is the reason for El Si Hay's success as well as the reason for their family's tight bond. Jose's four children, some of their spouses, and grandchildren all work at El Si Hay.

"He's taught us so much and I'm just so grateful to have a dad like I do. Not everyone is so lucky," Gloria said.

Several decades into his "American dream" Jose shows no sign of slowing down. He still shows up every single day, including holidays and even his birthday to serve elote made fresh.

Next time you're looking for a little certainly in these uncertain times drive by El Si Hay in the evening, and you can bet your bottom dollar that the Elote Man will be there rain or shine. You'll find the certainty that we're all looking for and a delicious cup of elote.