LA Clippers dancer from North Texas, left hurt in serious crash that killed her dad, back on the court

Her father, Lt. Robert Fozkos, was killed in the crash. She said she was motivated to not let crash take away her passion, too. 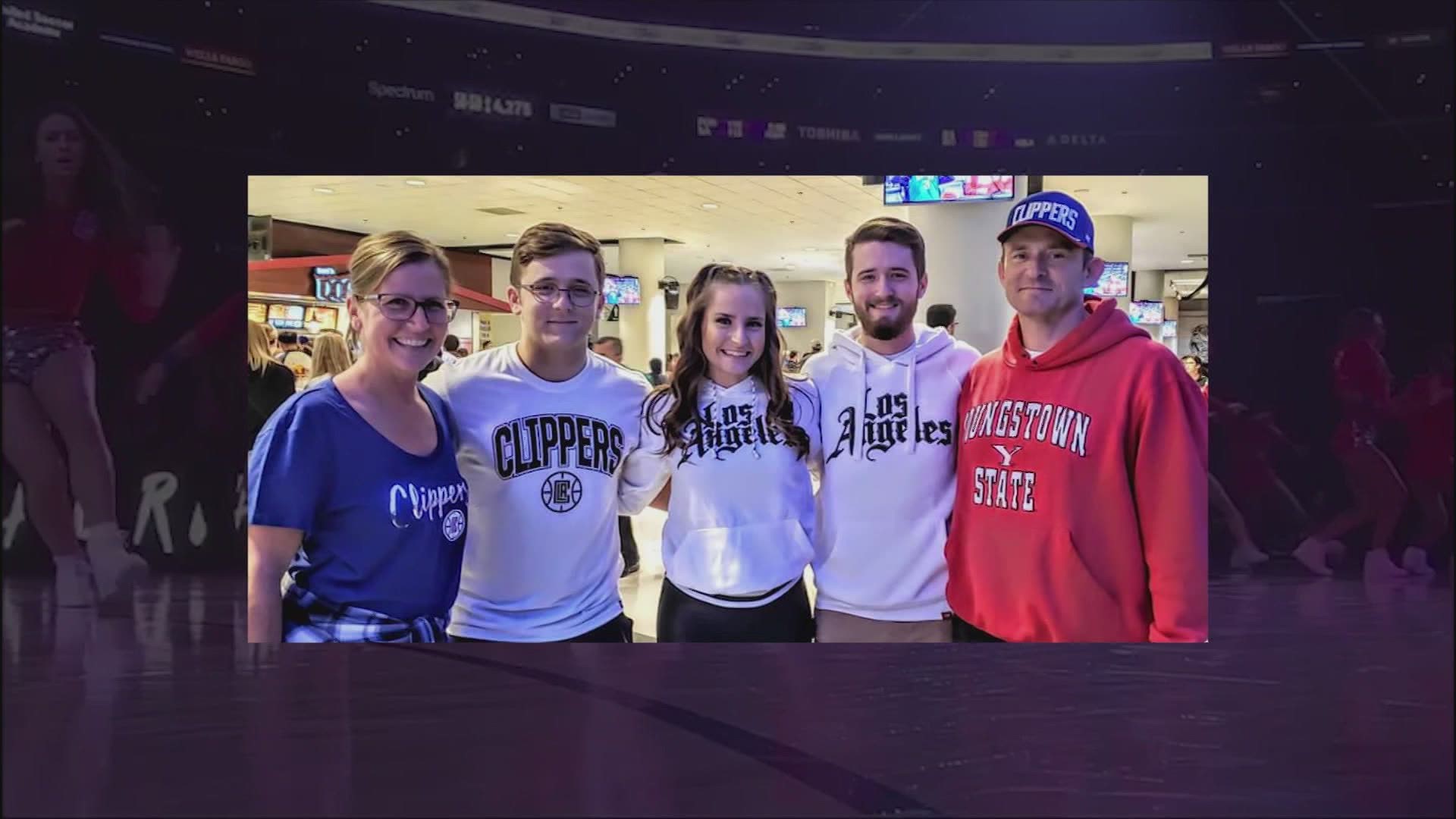 GRANBURY, Texas — Dancing for Hannah Fozkos is both a passion and profession.

“I think my first-year dancing was when I was three,” she recalled.

“It’s as much of an art form as it is, it’s equally athletic. I don’t think people realize how challenging it is to do both at the same time,” Fozkos added.

She graduated from Chapman University with degrees in dancing and kinesiology, and last year she made the LA Clippers dance team and surprised her parents with news.

“They were so special, so supportive,” she said. “They would watch games whenever they could.”

When the season was put on pause due to COVID-19, she came home to Granbury, southwest of Fort Worth. While out on a motorcycle ride with her father in late June, a Ford F-250 suddenly cut in front of them.

“I was just kind of looking around and watching,” Fozkos said. “I remember feeling him brake, and looking forward and like seeing the truck, but I don’t remember the actual impact at all.”

Her dad, Lt. Robert Fozkos, 52, with Crowley Fire Department, was killed in the crash. Fozkos had been with the department since 2012 and was awarded as Firefighter of the Year, EMS Provider of the Year and Officer of the Year during his time there.

“Without saying anything, we could just always finish each other sentences and knew exactly what the other person was thinking," Hannah said.

"He truly was like my best friend,” she added. “Knowing that he won’t be there to walk me down the aisle when I get married someday. That’s something that I think about, too.”

Hannah was unstable when she got to the hospital her surgeon, Eric Barcak, recalled.

“She had broken her pelvis so bad that she had torn blood vessels in her pelvis that could have taken her life,” Barcak said. “She was certainly in shock and scared.”

Barcak said she had serious injuries to the entire right side of her body and recovery could take up to a year. She couldn’t walk at all for eight weeks.

“These weren't just simple type of fractures,” he said. “She had a pretty significant injury to a right ankle, and the bones were broken into multiple pieces.”

But Hannah did walk again, and called herself "so lucky."

Hannah said she used the loss of her father as motivation to not let the crash take away her passion, and six months later - in about half the time initially expected - she was clear to dance again.

“With those type of injuries she had, it would be difficult, I think, for most people to return to the level that she has,” Barcak said.

Since recovering, she’s tutored at a nearby elementary school and began working in the physical therapy center where she healed.

Hannah is now headed to Los Angeles, and the Clippers are bringing her and the team back to perform again.

“I’m lucky and thrilled to be getting back,” she said. “I can’t wait.”