One teen was shot in the parking lot Tuesday, the water park reopened with extra safety measures. 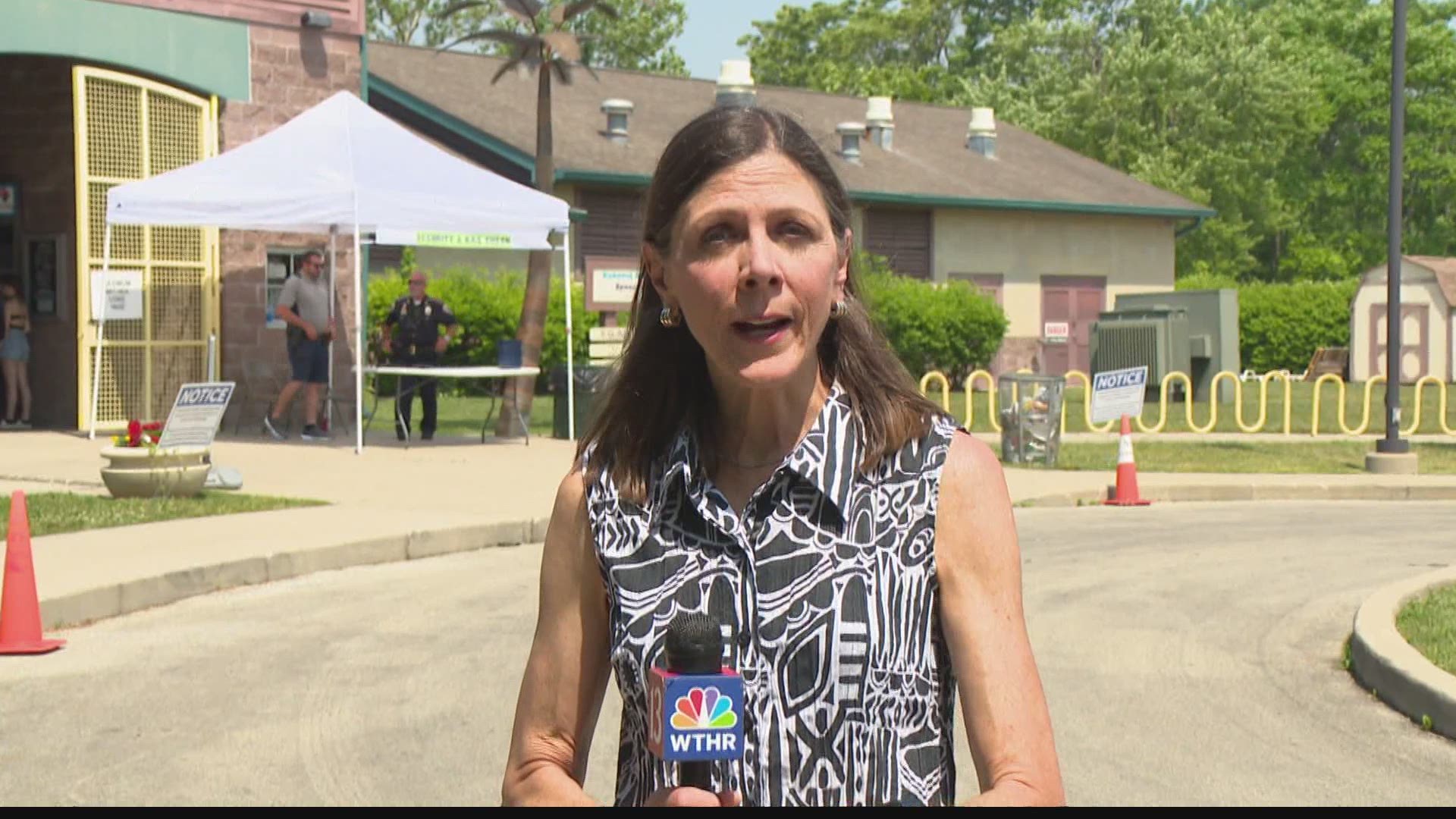 Those arriving found new safety measures in place — several officers on site and new security checkpoint in place at the entrance to the water park.

Signs alerted patrons that those entering "consent to a screening or inspection of person and belongings."

Kokomo Mayor Tyler Moore said while the changes were "unfortunate," the city had to resort to those measures.

"We want to make sure it's safe and secure, so folks feel comfortable coming," Moore said.

The shooting happened after a fight between two teens late Tuesday afternoon turned into a brawl. One teen was shot in the parking lot and hundreds were fleeing the water park.

"For something like this to happen in a place like this is frightening," said Kokomo resident Pat Neuzerling.

But Neuzerling, who was treating 17 family members to a day at the water park Friday had no worries.

"I feel very, very safe," she said. "I'm happy the police are going to be monitoring the beach and that people are coming in. This is a good thing."

Karen King, who lives in Marion and was with her grandkids Friday, said she has been coming to Kokomo Beach for years.

"I really feel it's going to be very secure today," King said. She didn't mind the extra wait to get her bags checked. "I think that should have been in place a while ago maybe, but yeah, it's a good idea."

The mayor said the police presence and additional security measures will remain in place through the end of the season. He said to do so, they've had to ask officers to sign up for some extra hours, which they have.

"These officers are filling time slots on their days off, vacation time and such, so they see the seriousness as well and have stepped forward to fill in these spots," Mayor Moore said.

He said police have identified a few more kids involved in Tuesday's altercation, but as of early Friday afternoon had yet to talk to them. Among other things, police are hoping to find out what spurred the fight that led to the shooting.

Moore said at last report, the gunshot victim remained in stable condition and was doing OK. He said the 17-year-old alleged shooter is still being held at a juvenile facility but has not yet been charged.

RELATED: ‘People need to stop giving the cowards the power’: Breaking the cycle of violence