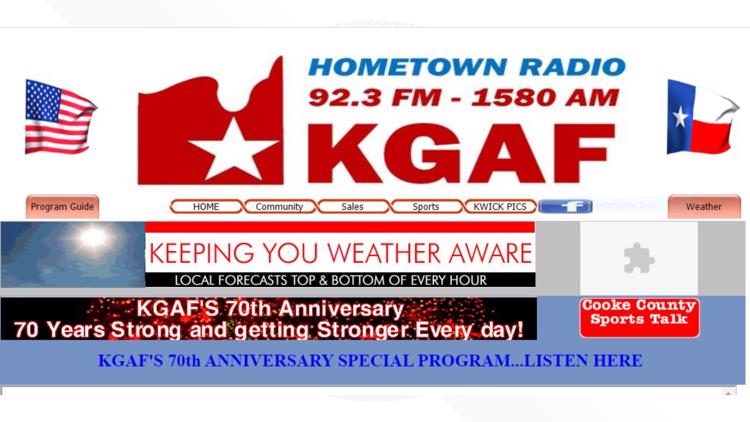 That is at least according to the officials in Texas who determine what you can and cannot put on your Texas license plate.

We told you a few weeks ago the station wanted to put its call letters K-G-A-F on a personalized plate.

But the Texas DMV said the "A-F" part is "vulgar" in modern speak.

The station appealed the decision.

Yesterday they officially lost that appeal. The original decision was upheld.

A letter from the Texas Department of Motor Vehicles informed the station:

"The plate KGAF may be viewed by the motoring public either directly or indirectly as:

- a vulgarity (defined as profane, swear, or curse words)

KGAF, its call letters given to it by the federal government, has been a fixture in north Texas for more than 70 years.