Parkland itself has changed some protocols since that night, as well. 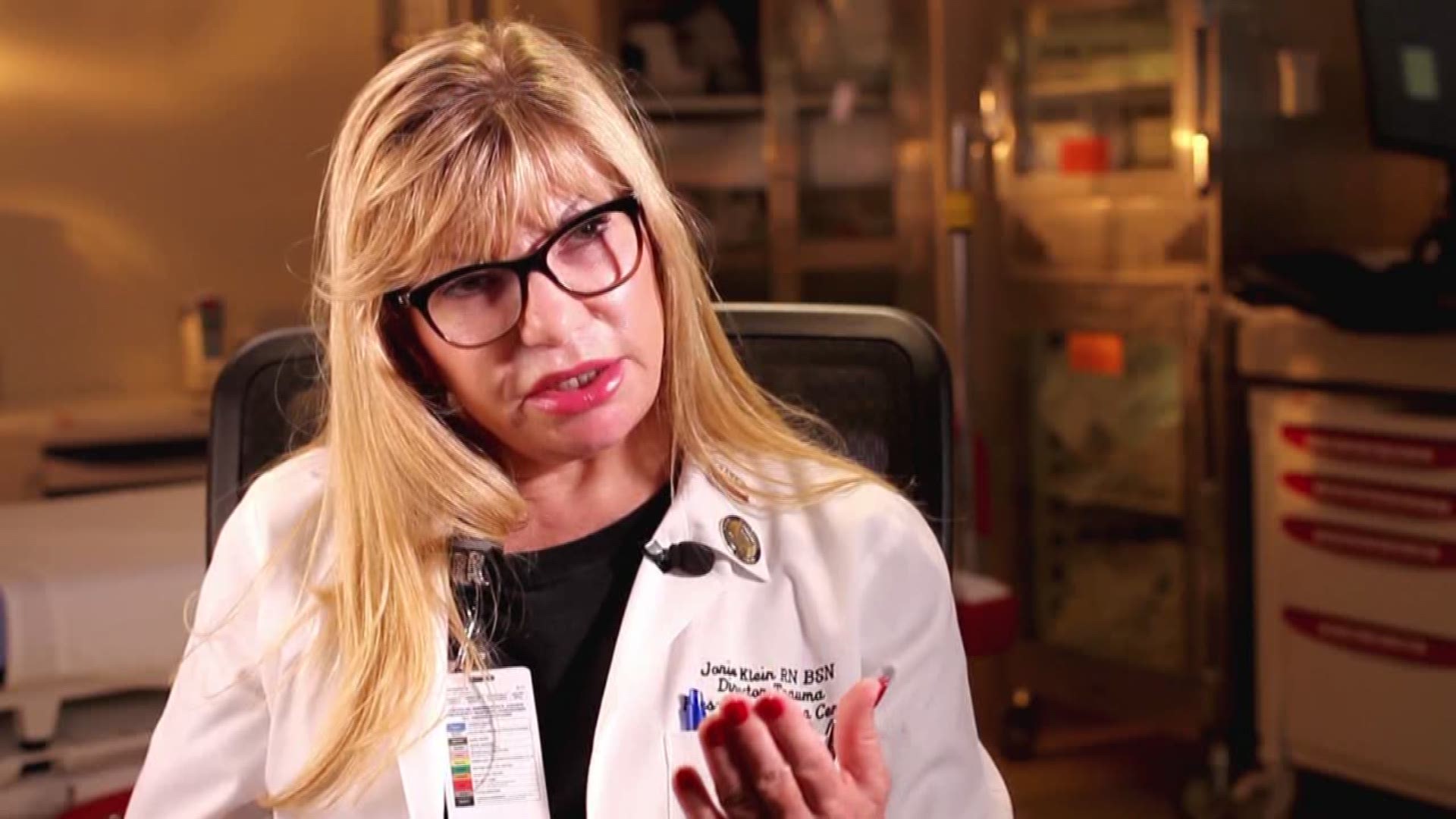 Few hospitals in America are as well known, or synonymous, with history as Parkland Memorial Hospital.

There is the JFK assassination, the treatment of passengers from a pair of Delta airline crashes during the 1980's, and even men and women from the tragic Branch Davidian standoff in Waco came to Parkland.

But for much of the current trauma staff in the hospital's emergency room, last year's ambush targeting Dallas police officers is the first tragedy that comes to mind.

"I remember my nurse coming out of this room, and the look on her face was fear. I've never seen fear on any of our nurses before," says nurse Jorie Klein, who serves as Parkland's Director of Trauma.

Klein said when she realized that one injured officer was soon two, three and eventually seven, the hospital needed to go into lockdown and disaster mode.

"The rifle that these individuals were shot with, are designed to kill. They're not rifles you use to send a warning. The bullets are designed to go inside the human body and destroy," Klein said.

Dr. Brian Williams was one of on-call trauma surgeons that Thursday evening.

"I just remember that shortly before 9 p.m., the pager started going off," said Williams.

The surgeon says he spent the next five hours moving from trauma bay to trauma bay, treating all seven officers that arrived at Parkland.

"I knew clearly this is something different, because of the cops that were injured and the ones that were here. But in that moment in crisis phase, I was just hyper-focused on my job," said Williams.

Another Parkland trauma doctor found himself a few miles away in the middle of the unfolding chaos downtown.

Dr. Alex Eastman also serves as a member of the Dallas SWAT team. He headed straight into the chaos when he learned of what had happened.

"That night remains probably the most challenging night of my career on both sides," Eastman recently told WFAA.

He spent five to six hours downtown helping coordinate efforts there, before rushing to Parkland where he walked into a scene of disbelief.

"It was such an emotionally charged time. There were hundreds of police officers here lining the hallways," said Eastman.

He still can't talk about specifics of what happened downtown because of pending grand jury proceedings. But Eastman says there are important lessons to take away from that night.

"White, black, yellow, gay, Jew, Gentile. It doesn’t matter what you look like or believe, when you come here [Parkland], everyone looks the same," said Eastman.

Klein says she hopes the city as a whole is moving forward while taking the time to fully understand what happened that night.

Williams, a black man who worked hard to save white officers that night, hasn't shied away from discussing race, gun violence, policing and how he believes elements of each contributed to the tragedy.

He openly addressed those topics in the aftermath and feels they're now more important than ever.

"Because of this, what happened, the elements that allowed this to happen still exist," said Williams. "July 7 brought that all into focus for me, whether I was going to remain silent or speak up on these issues."

Parkland itself has changed some protocols since that night, as well.

Notably, the emergency room is now staffed with more blood to respond to more critically injured patients at the same time.