'Everybody Love Everybody': Man's mission after July 7th ambush

Getting everybody to love everybody wasn’t going to happen in a day. Which is why he hasn’t stopped. 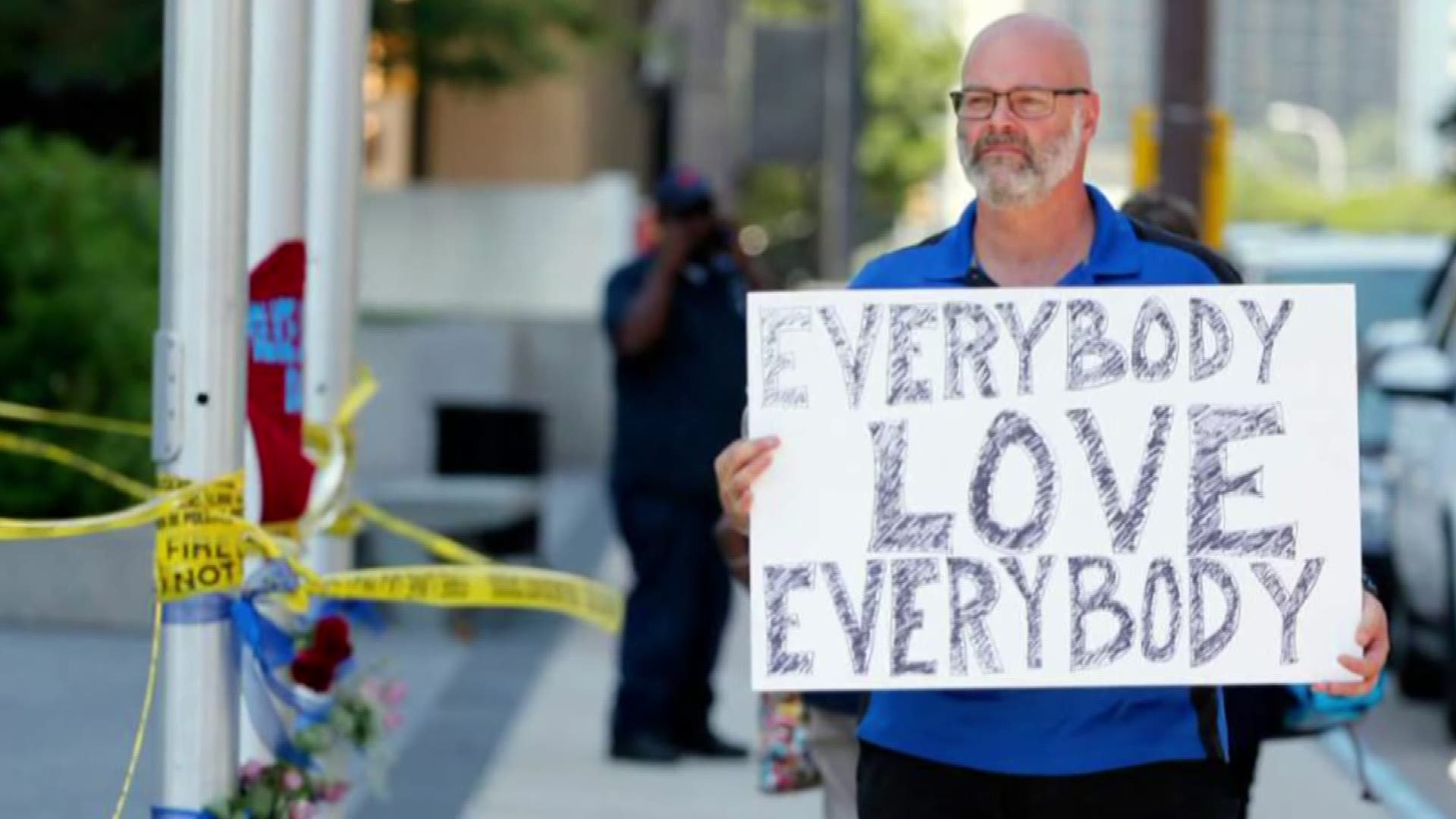 It used to be that every time Chris Bailey heard about another deadly shooting, he would mourn and move on.

“On the way to work the next day I was crying,” he said. “And I’m not a crybaby. That’s not my personality, but it hurt me.”

He couldn’t explain it, but Chris says he just had this feeling he needed to find a way to stop this madness.

“I wanted to do something,” he said.

So the morning after the shooting, Chris bought a poster board and a sharpie and drove to police headquarters in Dallas.

A photographer snapped a picture of himself holding a sign he made that read “Everybody Love Everybody.”

“I wasn’t sure the kind of response I was going to get when I started doing this. I just felt like I needed to do it," he said.

Chris says he got an incredible amount of support, but also knew he was fighting an uphill battle. Getting everybody to love everybody wasn’t going to happen in a day. Which is why he hasn’t stopped.

“This is my calling,” Chris said from a busy street corner in Keller.

Almost every day for the past year, this structural analyst has been holding his sign on street corners all over North Texas.

He even started a Facebook group so others could join his mission and share stories of their own good deeds.

Before long, Chris realized there were people just like him all over the world. Since last year’s police ambush, he’s been greeted with love on every corner and helped at every turn. Tens of thousands have joined his cause on Facebook and done their own acts of kindness.

“Come join me man. You’ll enjoy it too,” Chris said while holding his sign.

And it continues to spread, all inspired by a man who wants to make sure this never happens again.

“Boils right down to it, if everybody loved everybody -- how great would that be?” Chris asked. “How awesome would the world be?”

Better yet, what’s stopping us from finding out?