Sgt. Smith was known for always maintaining his professionalism and treating suspects with respect, even those who cursed at him. 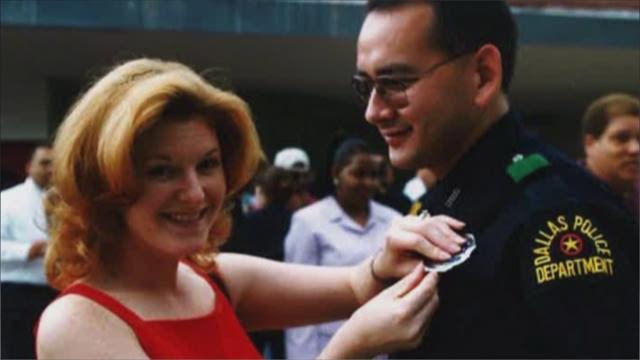 For the first time since July 7, 2016, Sr. Cpl. Kyle Land went back to downtown Dallas at the scene of last year’s deadly ambush.

Cpl. Land's friend and confident, Sgt. Mike Smith was killed that night. He was the last officer shot. The gunman shot down at him from El Centro College.

"There is an actual heartache to talk about it. It brings back a lot of anger and frustration," Land said.

Cpl. Land had just helped serve a narcotics warrant when his unit heard about the shootings. Without hesitation, they raced to search for the shooter.

Land says while they were searching, he learned his friend had been killed.

”It just stunned me," he said.

Land wasn’t cleared to leave until 3 in the morning. He headed to Parkland, where Sgt. Smith had been taken, but he couldn’t get out of his car.

"I felt like a coward that night. To do what we did in narcotics that night to help out, but I couldn’t go into the hospital and see my friend," he said.

He was emotional remembering what Sgt. Smith did for him several years ago. Land lived with Smith and his family while dealing with the shooting death of another friend Officer Brian Jackson.

”There is a lot of joy, because of the love and the attention he gave me to make sure I was ok,” Land said.

Smith was a loving father of two young girls, Victoria and Caroline. Land says their mother Heidi has fought to help her daughters learn to live without dad.

“They’ve continued with their school, with their athletic events. I think he would tell them, 'I know this sucks right now, but you are going to get through this,'" Land said.

Sgt. Smith was known for always maintaining his professionalism and treating suspects with respect, even those who cursed at him.

”I miss my friend, It’s as simple as that," Land said.