"Every time we start moving in the right direction, the governor steps in and sets us back," Houston Mayor Sylvester Turner said Tuesday. 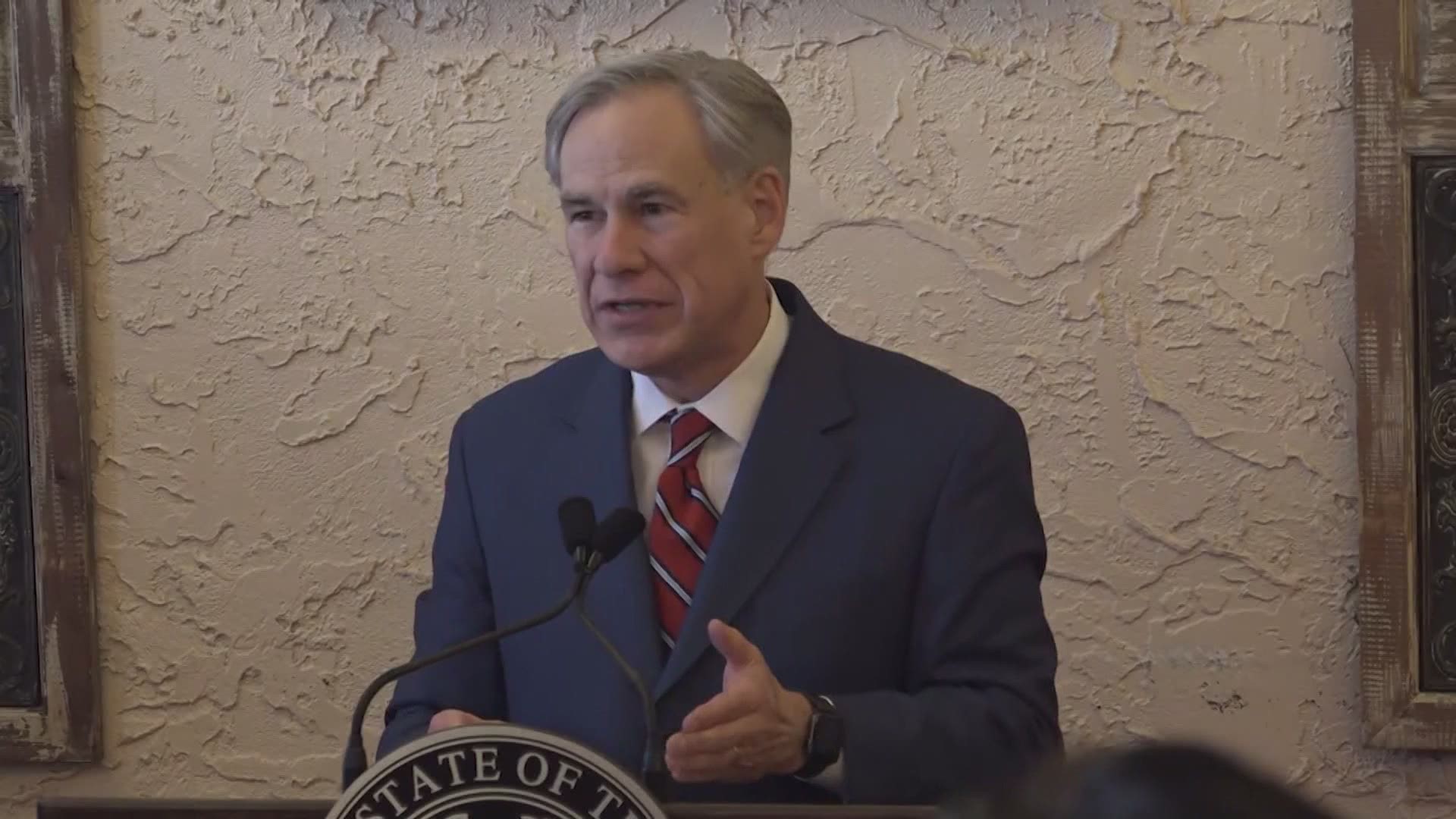 Abbott announced Tuesday he is lifting the statewide mask mandate and allowing all Texas businesses to reopen at full capacity beginning March 10.

“What I see here is a premature and misguided discussion putting our community at risk and it’s unnecessary because we’re headed where we need to go,” Hidalgo said.

She pointed out Harris County’s positivity rate is more than double the ideal level and 25 percent of ICU patients here have COVID.

Hidalgo even accused Abbott of playing politics and trying to distract from last week’s winter storm disaster with ERCOT.

Hidalgo and Houston Mayor Sylvester Turner sent a letter to Abbott urging him to keep the mask law to avoid sending mixed signals about the COVID threat.

At best, this is wishful thinking, that COVID is somehow less dangerous than it was yesterday. At worst, it is a cynical attempt to distract Texans from the failures of state oversight of our power grid.https://t.co/w5C0GW9u7p

"You think just because the governor does this, it makes the virus go away? Turner said. "Every time we start moving in the right direction, the governor steps in and sets us back and makes all of our jobs harder. He minimizes the sacrifices of people and businesses. I just don't get it."

"Science shows us that communities are freer and fare better when more citizens wear simple masks. In Fort Bend, we continue to listen to the doctors, facts, and the science."

Since facial coverings were implemented, we experienced a major reduction in cases & hospitalizations. Science shows us that communities are freer and fare better when more citizens wear simple masks. In Fort Bend, we continue to listen to the doctors, facts, and the science. pic.twitter.com/ZqetO2HeCT

He called the decision "a death warrant for Texas" and accused Abbott of "killing the people of Texas.

A death warrant for Texans.

Add them to the 44,000+ killed as he failed to confront the pandemic & botched the vaccine rollout.

And those who froze to death because he cares more about energy companies’ profits than keeping Texans alive.

Abbott is killing the people of Texas. https://t.co/2idUcqSjJT

On the other side of the aisle, Republican U.S. Rep. Dan Crenshaw retweeted Abbott with the caption "Happy Independence Day, Texas."

"And I have to say this: it’s been a long time coming,” Keough said in a video posted to his Facebook. “We can’t have a healthy community without a healthy economy."

The governor’s order allows county judges to limit capacity to no lower than 50 percent if COVID patients take up 15 percent or more of the hospital region’s beds for a week straight.