On Monday TxDOT launched BE SAFE. DRIVE SMART. The pedestrian safety initiative is to remind drivers and pedestrians to slow down, be alert and obey traffic laws. 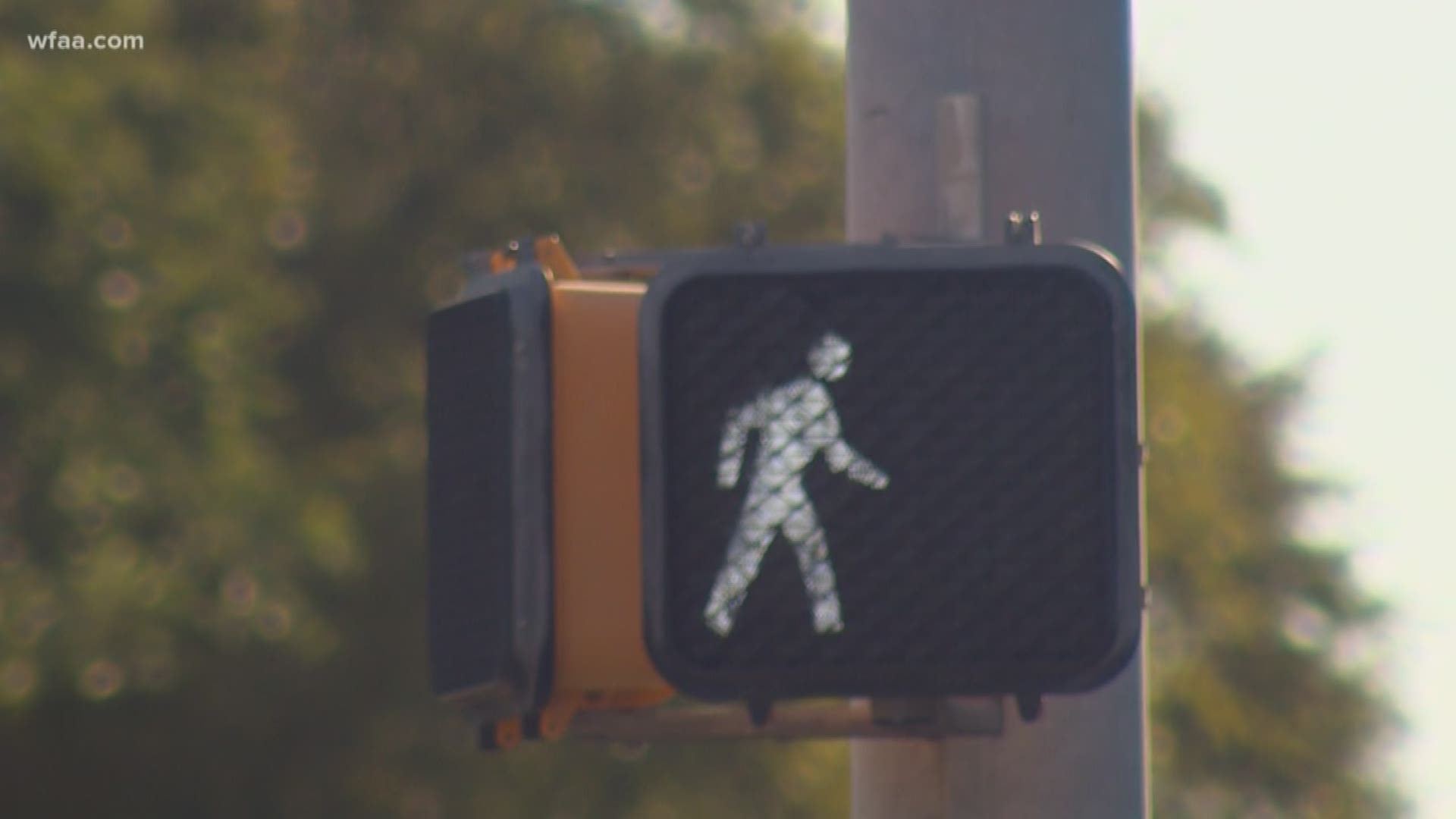 IRVING, Texas — Narayan Mahajan does not have the heart to tell his 3-year-old what happened to his mother. Anupama Mahajan was walking to a math tutoring class when she was struck and killed by a vehicle.

It has been a painful two months for the family in Irving.

"Everything is different. My world is totally changed," Narayan Mahajan said.

Anupama was struck after a vehicle failed to yield the right-of-way and struck another vehicle, according to a police report. The collision forced the oncoming vehicle into the 34-year-old mother of two.

"Why should we go through this pain? It shouldn't happen to anyone. It happened to us," Mahajan said.

On Monday, TxDOT launched its BE SAFE. DRIVE SMART. campaign. It is a pedestrian safety initiative to remind drivers and pedestrians to slow down, be alert and obey traffic laws.

The numbers tell the tale. Last year in the Dallas area there were 89 fatalities. In the Fort Worth area, there were 60 fatalities. In 2019, just through July of 2019 in Dallas County alone, there have been 53 pedestrian deaths.

TxDOT says one of the top factors is drivers not yielding the right-of-way, which is what happened in Anupama's case.

"We have population growth, congestion on the road. We're constantly improving our projects and roadways," TxDOT spokesperson Danielle Boyd said.

Mahajan agrees that pedestrian safety needs to be stressed. However, he is struggling with the notion that nobody has been held responsible for his wife's death.

"I want them to be brought to justice," he said.

He said it is an injustice that none of the drivers were arrested or charged. Irving Police told WFAA there are rarely charges brought on ticketable offenses such as not yielding the right-of-way.

Attorney Scott Becker is not connected to this case but enlightened us on the subject of criminal and civil culpability. Becker, of McCathern Law Firm, said the decision whether to prosecute is at the discretion of the District Attorney.

"Not every tragedy is somebody's fault and sometimes that makes it more of a tragedy," Becker said.

But Mahajan may have a civil claim which he tells WFAA he is pursuing.

TxDOT gives the following tips for their BE SAFE. DRIVE SMART. campaign:

Whether you’re driving or walking, alcohol can impair your judgment, coordination and reaction times.