WFAA was at the location of the iconic Fort Worth gay bar Thursday as an ATF dog canvassed the scene for leads. 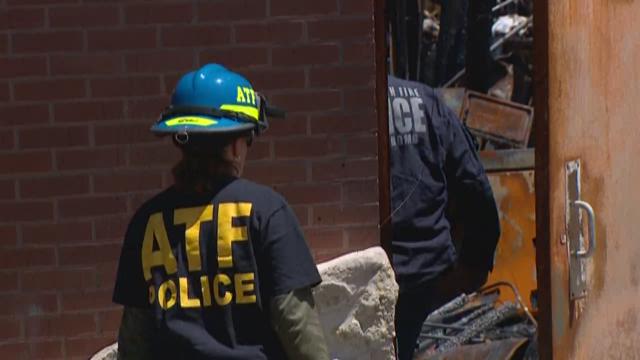 At least once a week, every week, Fort Worth fire and ATF investigators say they head to the now burned-down Rainbow Lounge.

They were back there again Thursday morning. They're collecting evidence to figure out why this fire happened. Investigator Brad Sims says arson is a possibility.

"That is not something that’s been ruled out. It's still on the table," says Sims, Fort Worth Fire's lead arson investigator.

The morning of June 1, the day the iconic gay bar burned down. The talk was that the fire was likely accidental, perhaps electrical or mechanical in nature. But Sims says the investigation is far from over.

"I believe this bears further investigation," he says.

They called for one of the ATF's specially trained dogs to canvass the scene.

"It's an accelerant detection canine," explains Kevin Briggs, a lieutenant with Grand Prairie's arson department, who also handles Molly, the ATF dog. "ADC is what we call them."

The dog looks for spots where there might have been ignitable fluids, and alerts investigators on where to take samples. WFAA was the only crew there today as local and federal investigators went through the debris.

Sims wouldn't tell WFAA if the dog found anything Thursday.

"I’ll just tell you the dog did a great job, and we really appreciate the handler bringing her out here," Sims says.

One thing Sims could tell WFAA about this fire is that he says it accelerated “surprisingly quickly."

Tom Elich, whose company "City Vending" owns the building, says they're grateful for the investigative efforts. Their half-million dollar building is a total loss.

"They're all trying to determine what happened because we want to make sure it doesn't happen again, by whatever means," Elich says.

Sims says he's still waiting to hear back from a number of people who may have information about the fire.

"If those witnesses think we’ll quit calling them, we’re not," Sims says. "We’re going to continue to call, and we are going to make contact with all the necessary witnesses we have to. The investigation won't go away."

If you have any information about the fire, authorities would like to hear from you.