'It's a loss for everybody': DeSoto officials investigate house fire after 2 children killed Tuesday morning 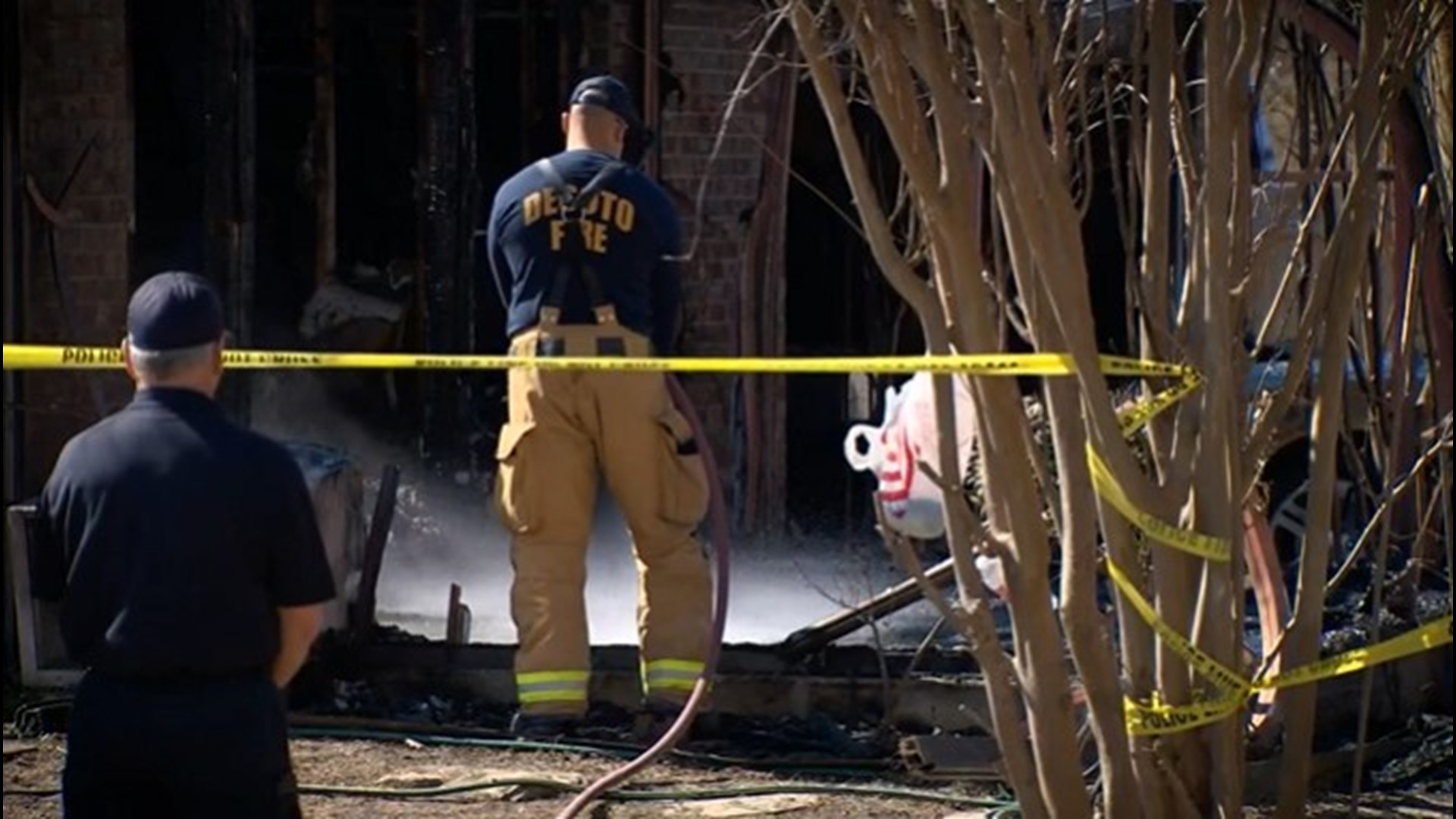 DESOTO, Texas — Updated at 12:19 p.m. with additional information from officials.

An investigation is underway after two children were killed in a house fire, DeSoto police said Tuesday.

According to authorities, the fire occurred in the 100 block of Wildwood Court. DeSoto Fire Chief Jerry Duffield said a neighbor called 911 to report the fire around 4:30 a.m. Tuesday. The house was already in flames when firefighters arrived.

They found two children, ages 1 and 2 years old, inside a bedroom on the second floor in the front of the home, officials said. Both toddlers were transported to the hospital where they were pronounced dead.

"Children are special, we’ll give a child everything we have. If it comes down to a child and us, it’s always the child first," Duffield said during a news conference.

Duffield said the fire was so intense that firefighters couldn't get into the house at first. Officials said their preliminary investigation leads them to believe the fire started in the back of the home, spread to the kitchen area, the attic, and then to the front of the home where the children were.

"Anytime we lose children, it's a loss for everybody," Duffield said.

Officials believe 10 people, four adults, and six children lived inside the home, according to DeSoto Police Department Corporal Pete Schulte. Nine of them were in the house of the time, and everyone else made it out safely, Duffield said.

Schulte said Child Protective Services has been informed about Tuesday's fire, which is standard in this type of investigation.

"I want to be clear, nothing in our investigation right now is saying anything about whether there's any criminal misconduct or just an accident in this particular fire," Schulte said. "But if we don't find the facts now, we won't be able to give justice if that's deserved, whether civil or criminal to this 1-year-old and 2-year-old."

The Texas Fire Marshals are also assisting investigate the incident.

Officials ask anyone who has video surveillance or any footage that shows what happened a the time of the fire to call the police.

DeSoto firefighters are putting out hot spots at the home where two children died after an early morning fire on 100 block of Wildwood. Fire remains under investigation. #WFAA pic.twitter.com/XSdv7JIOXe