FAIRVIEW, Texas – When Margaret Lepine discovered her mail-order prescription drugs had been forwarded to a Florida warehouse, she thought it was a mistake. 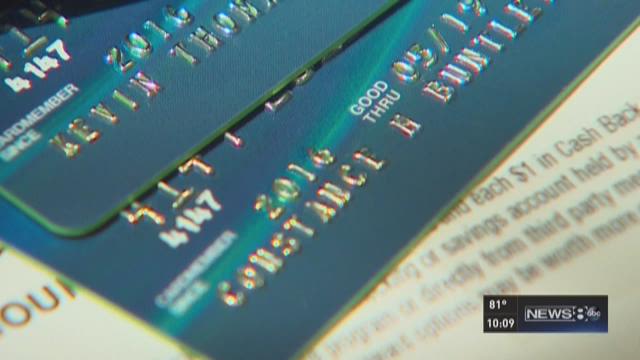 FAIRVIEW, Texas – When Margaret Lepine discovered her mail-order prescription drugs had been forwarded to a Florida warehouse, she thought it was a mistake.

So she drove to the nearby post office and asked a clerk.

To Lepine’s surprise, an identity thief had filled out an online U.S. Postal Service change-of-address form, and had her mail forwarded to a Miami-area freight-forwarding company.

Worse, when Lepine checked her credit report, she found that $7,850 in cash advances had been withdrawn from a credit card in her name without her knowledge. Bank officials told her the cash advances occurred in Jamaica, she said.

WFAA-TV found at least six senior citizens in Lepine’s Fairview retirement community of Heritage Ranch who had their mail forwarded without their knowledge. In at least five of those cases, the thieves used the USPS online mail forwarding form to funnel mail to the same Miami-area warehouse.

When News 8 contacted warehouse officials, they declined to disclose who had directed the mail to their warehouse. Company officials would only say they would notify U.S. Postal Inspectors.

U.S. Postal Service officials say there are nearly 37 million change-of-address forms filed each year – about half the changes are made online. But they say only about 750 fraud complaints are reported each year.

“It’s a balancing act,” U.S. Postal Inspector Paul Krenn said. “It is trying to accommodate a large audience and do so in the most secure manner possible.”

Krenn said the online service is offered as a convenience to customers. He says there are safeguards to stop thieves from successfully filing fraudulent change-of-address requests. But he declined to discuss specifics.

News 8, however, found few detectable safeguards. Our review found that the online form requires a name, valid credit card, current mailing address, and forwarding address. In the case of Lepine and other Heritage Ranch retirees, the forwarding address was to the same Miami-area warehouse.

Postal and law enforcement officials said thieves may already have stolen the Texans’ identities, then used mail forwarding as a means to keep the victims from knowing they had been compromised.

Miami-area lawmen told WFAA-TV that scammers use the hundreds of freight forwarding companies near Miami’s port and international airport to send fraudulently obtained cargo, including mail, outside the U.S.

Arango said thieves are difficult to catch because most investigations lead outside their jurisdiction.

“Our trails have generally ended in Central and South America.” Arango said. “…That's what makes it so frustrating. We can't go and investigate further.”

Joel Buntley, one of Lepine’s retirement community neighbors, said he was especially troubled when he learned identity thieves had taken out a credit card in the name his wife Connie, who had died only a month earlier.

“It is rubbing salt in the wounds,” Buntley said. “It’s just a constant reminder of having to call this credit card company, stop all these notices, contact the credit bureaus – and go over and over again that your wife has passed, and it’s still so fresh in your mind."

“I’m upset at the fact that they were able to change her address just willy-nilly,” Buntley added. “I don't know what kind of documentation they had to show.”

Margaret’s husband, Andy Lepine, said he is frustrated by the ease with which individuals may fill out online change of address forms.

He said he believes up to a dozen neighbors in his retirement community may have been scammed.

Filing a false change of address form, or fraudulently opening a credit card, may carry penalties of up to five years in prison, Belcher said.

What you need to know:

If you stop getting mail, experts say the first thing you should do is check your credit report to see if anyone has used your name and information to get credit cards and steal money in your name.

The good news – federal law allows you to check your credit activity with the three main credit bureaus for free once each year. (It costs money to do it more than once a year.)

But beware: Don’t go to just any website that promises a “free” credit report. That’s a whole separate set of scams. The only authorized website to get free reports is annualcreditreport.com. (Yes, it’s legit, even though it’s a “.com” and not a “.gov.”) If you don’t want to do it online, call 877-322-8228. Remember, it’s only free once per calendar year.

If you see something suspicious on your credit report, you can report it here.