'No-knock nightmare': A year later, Fort Worth PD hasn't explained how it mistakenly detained an elderly Black couple and raided their home

Nelda Price's husband, John Price, died weeks after the no-knock raid. A lawsuit says the actions of police contributed to his death. 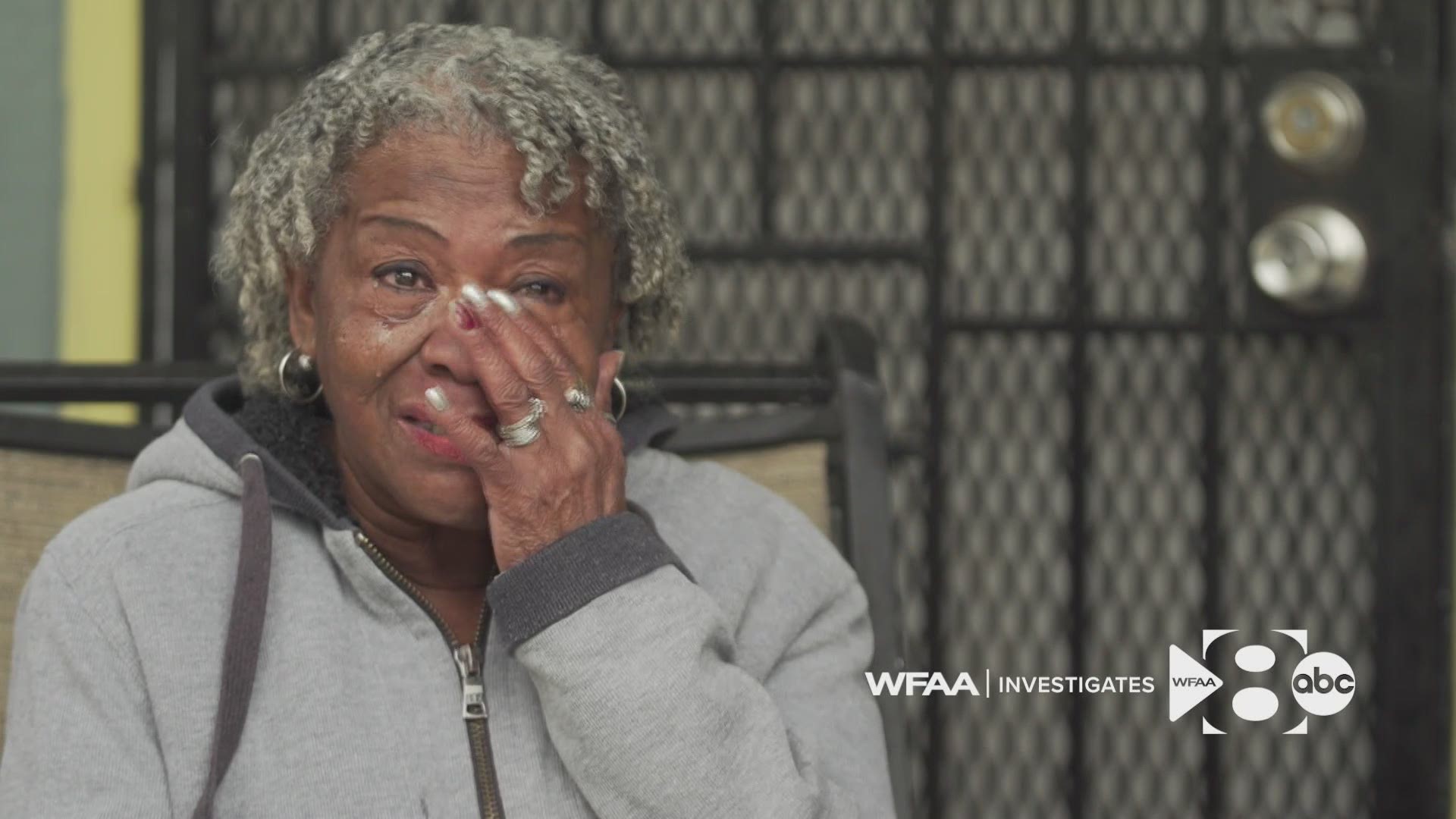 FORT WORTH, Texas — March 2020 was a horrible month for a Fort Worth couple married for 51 years, not just because of a global pandemic.

Nelda and John Price were shocked when Fort Worth police knocked down their front door and put their hands in flex cuffs while SWAT searched their home as part of a “no-knock” raid.

Both are Black Americans and were 69 years old at the time.

Fort Worth police told a judge they believed the Price’s home was a drug house where they likely would find methamphetamines and requested that they have permission for forced entry with no warning.

Credit: Joseph Huerta
The outside of Nelda Price's Fort Worth home.

The approved warrant reads that knocking “would be futile, dangerous or otherwise inhibit the investigation.” However, the raid came up empty. Police didn’t find drugs, guns, or money.

“When we stood up, the police were already coming to our front door,” Nelda Price told WFAA. “…It was just horrible.”

Price is still seeking answers from Fort Worth police and city officials for reasons why her home was targeted a year ago. She and her husband John owned the home for at least 20 years.

Price sued the City of Fort Worth at the end of last year for excessive force, negligence, and violation of her rights.

But what bothers Price most is that John died weeks following the raid.

“He's always taken care of us no matter what.” Price told WFAA.

According to her lawsuit, Price and her husband were put in flex cuffs, which look like zip ties, and ordered to stay on their front lawn.

“Fort Worth Police officers guarded the Prices as other Fort Worth officers proceeded to ransack the residence,” the lawsuit alleges.

“They never said one reason as to why they were here,” Price said.

Credit: Price Family
A photo of Nelda and John Price. Their marriage spanned half a century.

At his age, Price said her husband had problems with his blood pressure.

“I asked them if they could get his medicine because I could tell that his blood pressure would go up,” Price told WFAA.

“Despite numerous desperate pleas from Mrs. Price, Fort Worth Police ignored their requests and continued their unlawful search,” according to the lawsuit.

Throughout it all, Price said she didn’t resist or act up.

“We didn't get rude,” she said. “We didn't, you know, get out of line with police because being Black, you know, you don't get tough.”

An ambulance was eventually called, and John was treated. But 53 days later, he died.

Price told WFAA she believes the stress of the “no-knock” search contributed to John’s death.

Fort Worth officials have not released video of the raid and have declined to comment about what happened, claiming the pending lawsuit prevents them from doing so.

In a state court, the city has denied any allegations made by Price in her lawsuit and has also battled to keep her from interviewing city officials and gathering evidence like body camera footage to support her suit.

A judge recently ruled in the city's favor, denying Price the ability to gather any evidence she may need to continue her legal battle.

She may now turn to a federal court to plead her case.

Credit: Price Family
A photo of John Price. Nelda Price says he was best at being a handyman around the house.

Price’s attorney, Kay Van Wey, told WFAA she doesn’t know why Fort Worth won’t release the video or information detailing why the Price home was targeted.

Van Wey said the City of Fort Worth has revealed that officers had “bad intel.”’

“What we do know is that they obviously got it all wrong,” Van Wey said.

But per Van Wey, to get a green light for a “no-knock” raid, the Fort Worth Police Department needs to prove to a judge that the lives of officers will be in danger. She said she does not know what intel would point to Nelda and John Price being so dangerous.

“Unfortunately, John's not here, but look at Nelda versus 15, 20, 30 SWAT officers,” Van Wey said. “Who was more in danger between the two of them?”

WFAA asked the same questions in open records requests dating back to October 2020 but received no responses. WFAA also asked for the body-cam video but has not received a response.

New Fort Worth Police Chief Neil Noakes told WFAA after he was sworn in as the department's new leader in February that he believes in transparency.

“One of the best predictors for the success of a relationship is trust, and the relationship we want to have with the community is built on trust. To be able to have that, we have to be transparent,” Noakes told WFAA.

Noakes, however, declined to answer questions about the raid on Price’s home.

“I’m not able to comment on that due to the ongoing lawsuit right now,” Noakes told WFAA. “I apologize, but when we can say more, we will.”

Noakes, however, did not provide any specific details to support his analysis.

The decision by Fort Worth officials to not provide video of the raid comes in contrast to other police departments across the country, that have provided video within days or weeks of a controversial action by their departments.

Like Atatiana Jefferson, who was shot in her own home in 2019 during a welfare check. Or Jacquelyn Craig, who was arrested after calling police about a crime.

How Noakes would handle race relations and community trust was a big question for him and other candidates for the top job at the Fort Worth Police Department.

Cory Session, a member of the city’s Race and Culture Task Force, told WFAA that Price should be given the video and the public should see it too.

“It’s been over a year,’ Session told WFAA.

Credit: Joseph Huerta
The front lawn of the Price home. This is where Nelda claims she and John sat as police raided their home.

Session said he believes Fort Worth officials need to be transparent. He said he wants to see the video and believes City Council members need to see it.

He said a thorough review is needed to correct any possible mistakes the night of the raid.

“Did we go to the wrong address?” Session said. “Where did they get the address? Answer these questions right away. Those are simple things.”

“This is a good teachable moment, I believe, for all involved,” Session said.

WFAA has reported that Texas officers and cities have broad immunity from lawsuits when re-paying residents for any damage they may cause.

However, she told WFAA: “I believe that this would not have happened in a predominantly white middle-class neighborhood in Fort Worth.”

Van Wey told WFAA, at the very least, she wants Fort Worth officials to apologize to Price and correct whatever went wrong.

“If they had just knocked on the door and said we need to do whatever it was they need to do, we wouldn't have a problem,” Price said.

She told WFAA she would have voluntarily let police in, and she believes her 51-year marriage with her husband would have continued much longer.

Credit: Joseph Huerta
Nelda Price tells WFAA that she wishes police had just knocked on her door, and that she would have gladly let them inside.