'I expect to be protected in here': Crooks targeting hospital patients, some while under anesthesia

We documented hundreds of thefts at hospitals throughout North Texas. But many more never see the light of day, and almost all go unsolved. Meet some of the victims. 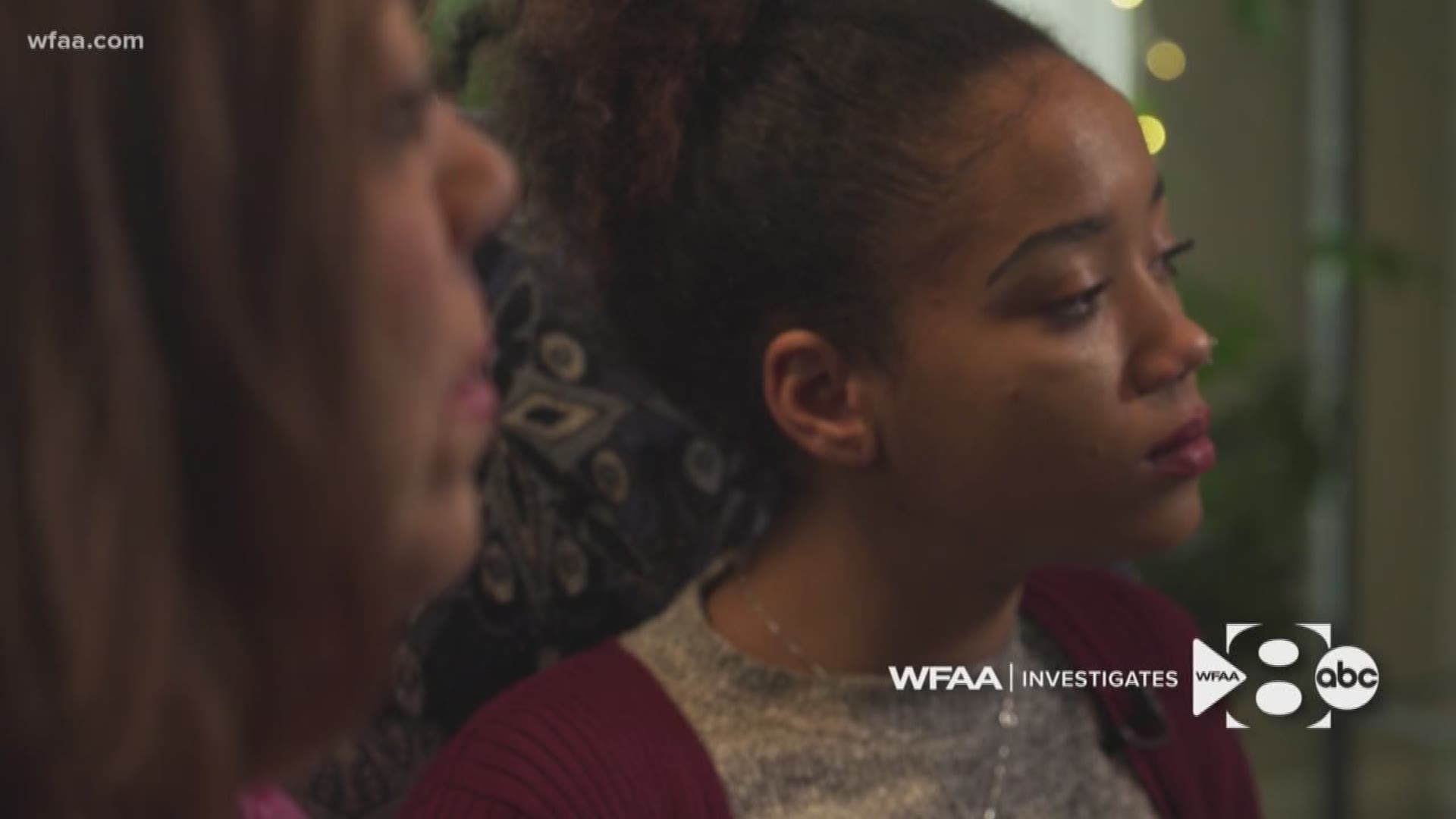 DALLAS — Hospitals work hard to foster an atmosphere of calm while people place their lives on hold to heal.

But a WFAA investigation found that hundreds of people have learned what some thieves already know: Hospitals can be fertile hunting grounds.

We found more than 300 theft reports at Dallas and Fort Worth hospitals over the past five years. The victims include patients, their family and friends, and even some hospital workers.

Some people discovered they were victimized after waking up from anesthesia.

App Users, click here if you can't see this map.

Sharon Massey still gets angry when she talks about how she became a victim of theft when she had to go to an emergency room alone.

"I expect when I go into a hospital I'm going to be OK," Massey said. "With surgery - you tell me my risks there - but you don't tell me about the risks of someone coming in to steal something from me."

The reports we found filed with Dallas and Fort Worth police document only a portion of thefts, however.

Many hospitals like Baylor and Harris Methodist Fort Worth have their own private security teams and police departments -- and their crime numbers are not public.

Parkland in Dallas has its own taxpayer-funded police force, which takes theft reports. But those often contain protected medical information, which means many of them stay secret, too.

Credit: WFAA
Thieves have stolen thousands of dollars worth of valuables from people in hospitals in recent years, police reports show.

Massey said the staff at Harris Methodist assured her that her purse would be safe in her room during surgery.

"I had just come out of surgery and dialysis," she said. "I got my purse. No wallet. The lady said 'Are you sure?' I said, 'My wallet is not in here!'"

"I mean, you're in a hospital," she said. "It's like my home. I expect to be protected in here. I expect when I go into a hospital, I'm going to be OK."

"He told us to leave everything here and it would be fine," Smith said.

Her daughter Chloe Smith's cell phone was stolen from her room at Children's in Dallas while she was down the hall getting a test done.

"I was so devastated," Chloe said. "I went into the restroom and kind of broke down."

Faye Swindell, 94, was transported to Presbyterian in Dallas in 2017 for what ended up being a two-day stay. Her son, Shane, noticed after she got out of the hospital that her diamond rings and gold bracelet -- worth about $12,000 in all -- were missing.

Credit: WFAA
Faye Swindell and her $12,000 in stolen jewelry

"I asked her about it and she said they were cut off at Presbyterian Hospital and were never given back to her, basically stolen from her," Shane wrote in an email to police. He said that when he contacted Presbyterian, they seemed "disinterested."

"Offense is suspended pending workable leads," the police detective wrote in the report.

Ms. Swindell has since passed away.

"We take property theft at our hospitals very seriously and have implemented programs to reduce these incidents," said William H. Craig, vice president of System Preparedness for Texas Health Resources, which owns Presbyterian.

"Texas Health security officers are on duty around the clock at each of our hospitals. The security of patient valuables is a top priority for these officers," he said. "We work collaboratively with patients and families to secure valuables properly. We also encourage patients to send their valuables home with a family member or friend. They can also have the valuables secured by security and returned to them upon request."

We reached out to several hospitals to talk to them about thefts.

"The safety of our patients, visitors, employees and medical staff is our top priority,"  Tommy Dold, Medical City Fort Worth spokesman wrote in a statement.

"Our hospital and campus is patrolled by trained security and off-duty police officers 24/7 and supported by monitored surveillance cameras. Our patients and colleagues are encouraged to leave valuables at home whenever possible. We report any alleged or reported theft to local police for investigation as a matter of due diligence and public transparency. We will continue to provide a secure and safe environment for the dedicated colleagues who provide exceptional care to our patients every day."

"I was working at Presby Dallas in the surgical trauma ICU and it was a very busy day like normal," said Lisa Montgomery.

Suddenly, someone swiped her purse from the nurse's station.

But unlike the patients we talked to, employees didn't seem all that surprised.

"No, because the same reason you hear of pickpockets in busy, crowded areas," she said. "No one is doing anything wrong. It's just an opportunity that presents itself, sadly."

Jessica Saucier, who has worked in hospitals for years, said she believes thieves are more methodical than opportunistic.

"In my mind there's some kind of organization to it," said said. "The stories you hear are that the credit cards are used almost automatically. And that's what happened in my case."

Saucier's wallet was stolen from her office drawer. She believes it may have been another employee responsible, but doesn't know for sure.

"It happened so quickly," she said. "I was literally out of my office for maybe five minutes. It almost felt like I must've been being watched because it was such a small window of opportunity. ...It was very strange."

Despite the prevalence of surveillance cameras, most hospital thieves are never caught.

Take this case, for example:

Two months ago, Arlington police released surveillance video of these two inside a local hospital, where they allegedly stole a backpack and then a vehicle.

Our analysis found that 86% of recent thefts in Dallas medical facilities did not result in an arrest. That's in line with national FBI crime statistics that show that only about 20% of thefts are ever cleared, or solved, around the country year to year.

Massey didn't know any of this before she became a hospital theft victim.

"Find them, prosecute them -- that's what I expected, but it didn't happen that way," she said. "It could be a hospital staff worker. It could be someone walking in off the street. You need to protect yourself."

What about hospital crime elsewhere?

Check out this nationwide crime survey:

Got a tip? Email us at investigates@wfaa.com