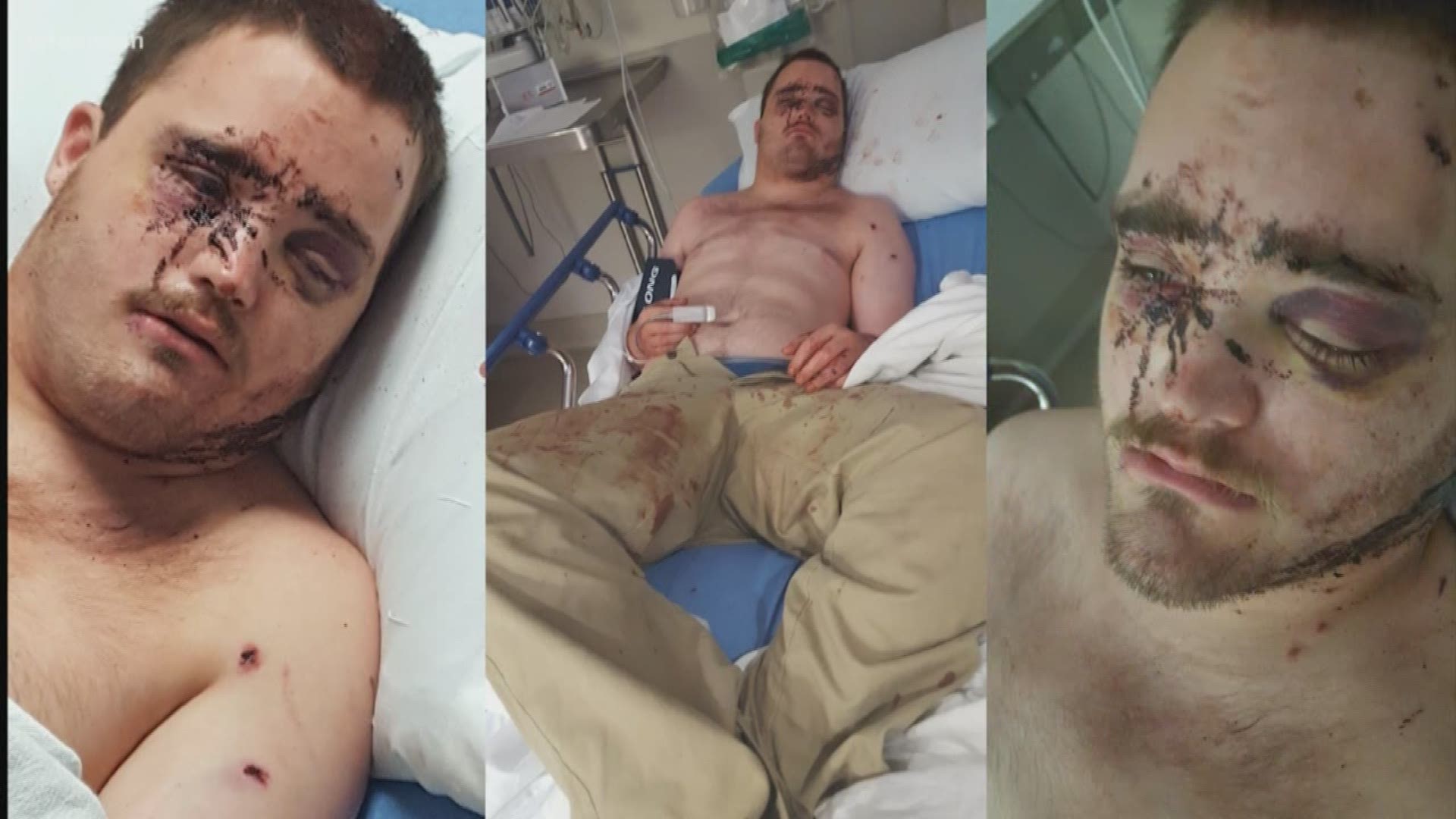 DALLAS — Two Dallas area lawmakers have proposed legislation that would give state regulators new authority to suspend caretakers found to have abused, neglect or exploited their intellectually disabled clients.

The bills filed by State Rep. Jeff Leach, R-Plano, and  Sen. Royce West, D-Dallas, came as a result of a WFAA investigation that revealed state regulators lacked the authority to suspend a caretaker found to have abused, neglected or exploited their intellectually disabled client while they appeal that finding.

“It would give them authority right now that they do not have,” Leach told WFAA-TV.

The WFAA investigation highlighted the case of Paul Taylor, a severely autistic man who was stabbed more than 85 times while living in a state-funded host home this past July.  Our investigation revealed that police determined Paul had been left alone with two other disabled men. One of the men, attacked Paul with a screwdriver.

RELATED: He was stabbed 85 times with a screwdriver, now questions raised over safety of disabled

An Adult Protective Services investigation continues into allegations that Paul’s former caretaker, Rufus Hardy, neglected him. He denies any wrongdoing and says the men were not left alone.

“Paul’s story just shocks my conscious and it saddens me,” Leach told WFAA.

The state maintains what’s known as an publicly accessible Employee Misconduct Registry. Under current state law, a caretaker isn’t placed into the registry and barred from taking care of the intellectually disabled while appealing a finding of abuse, neglect or exploitation.

The bills filed by the two lawmakers would create a confidential “interim registry.” Caretakers found to have abused, neglected or exploited clients could be placed in the “interim registry.” State regulators could then suspend them, reassign them or place additional monitoring restrictions on them pending the outcome of the appeals process.

“This mechanism does not currently exist under state law,” Leach said.

Lawmakers expect about 20 people per year would be placed onto the “interim registry.”

In Paul’s case, he had been placed in the adult foster care home, known as a “host home,” as part of a federally funded program designed to keep the intellectually disabled out of institutions. Host homes are supposed to be more like a traditional home.

Paul’s mother, Susan Taylor, had no idea that Gary Goodman, one of the other disabled men in the home, had a documented history of violence.

According to the police report, the stabbing attack occurred late on July 7, or after midnight on the 8th. No one dialed 911 until about 11 a.m., records show.  No one knew Paul had been injured for hours – not until he walked into the kitchen with his face covered in dried blood.

Hardy gave the impression to the 911 operator that he was there at the time of the attack. But he had left Stephen Setnik in charge of his three disabled clients. Setnik later told police he wasn’t there either.

The other client, who is a quadriplegic, told officers he heard Gary and Paul wrestling in Gary’s bedroom. He told police he heard Paul “crying and screaming” during the attack, according to police records.

Police recovered a bloody screwdriver at the scene.

Paul and Gary were placed in Hardy’s home by separate companies known as providers. By law, a host home can have up to three intellectually disabled clients and each of those clients can be placed by different providers.

Paul’s provider was a company called Ahora Y Siempre. That company’s owner, Francisco Gonzalez, signed a contract with Hardy in mid-June. Hardy told the company that no one else would be caring for his clients.

Had Hardy mentioned Setnik, the company would have been required to conduct a background check and train him, Gonzalez said.

Via text messages this week, Hardy said Setnick had provided an affidavit to regulators stating that he, in fact, was there during the attack on Paul. Hardy said he would provide WFAA with a copy of the affidavit but then changed his mind.

He said he would appeal any finding of neglect because there “was appropriate supervision on site at the time the incident occurred.” He also said he had done the background check on Setnick himself and Setnick was “well qualified” to help care for the mentally disabled men.

In an email this week, Gonzalez said after the attack, Hardy did provide his company with a copy of an undated “beenverified.com” background check on Setnik. It showed he had a “clear” criminal history.

He said that to comply with Texas Administrative Code requirements the background check would have been had to have been conducted his by company through the Department of Public Safety.

Hardy is currently not listed on the Employee Misconduct Registry. State officials said Hardy is not currently taking care of intellectually disabled clients through the federally funded program.

Dallas police continue to investigate Hardy’s role in what happened to Paul. Gary is charged with two counts of injury to a disabled person.