Her fire to become a police officer reignited after the Dallas police ambush on July 7, 2016. 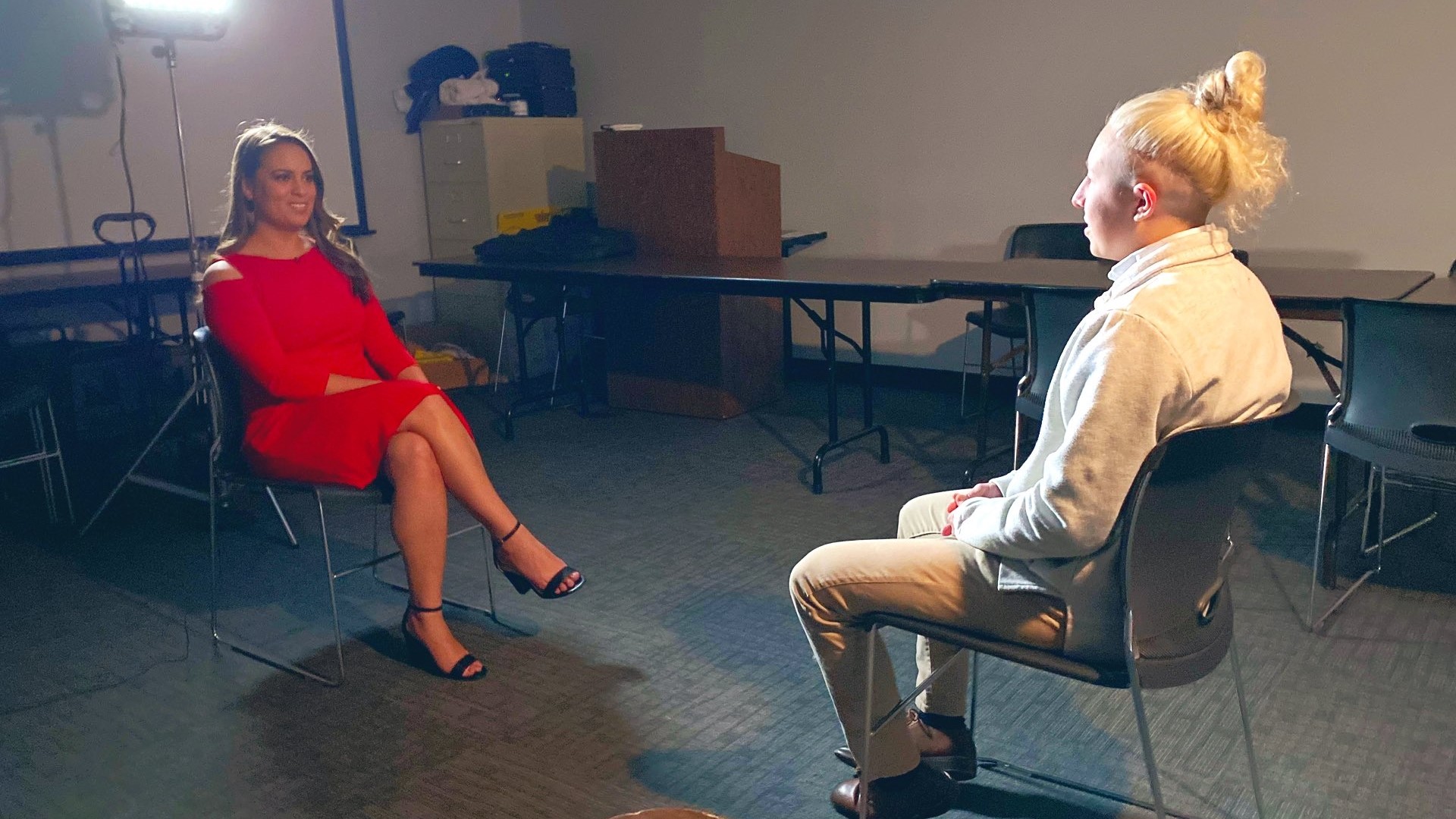 ARLINGTON, Texas — A young woman wants to serve her community in a big way. Sara De La Cruz, 23, of Fort Worth always felt that way growing up. Now sitting in a classroom at the Arlington Police Training Academy, it’s a place she never thought she’d end up.

“I’ve always wanted to help other people. But being a police officer never crossed my mind until I got older,” says Sara De La Cruz, Arlington Police Recruit.

De La Cruz is chasing a dream. A dream that challenges her every day.

“I’m short and a female and it’s like I didn’t think I had much to offer at first,” she explains.

It’s one that reignited after tragedy. On July 7, 2016, a peaceful protest ended when a man started shooting, ambushing and killing five police officers in Dallas.

"The first thing I did was text Patrick and I said 'you’re not working tonight are you?'” De La Cruz said

Officer Patrick Zamarripa, 32, was killed. He was Sara’s brother-in-law.

“I dropped the phone and fell to the ground right there. That was you know the worst, like my worst nightmare was unfolding right there,” De La Cruz recalled.

De La Cruz and her family spent years going to memorials and dedications across the nation to honor fallen officers.

“None of us know each other, but we were all in the same room and it was like we were all one big family,” she says.

After high school, De La Cruz changed course. Instead of pursuing law enforcement, she graduated with a degree in Supply Chain Management at UNT. But when she experienced that comradery, family unit at those national memorials, she realized her passion to serve and protect was still there. Then without telling anyone, she applied for the Arlington Police Basic Academy.

“At first I thought, you know am I being selfish by doing this because you know seeing everything we had gone through with Patrick, it was like what if something happened to me? You know God forbid, how would my family be able to go through that again?" De La Cruz explained.

“I think she’s one of the proudest now,” De La Cruz said.

Sara landed a spot in the academy and celebrated the moment at DFW National Cemetery with her brother-in-law, her brother in blue, who inspired her journey.

“What was that moment like for you?” asked Susanne Brunner, WFAA Reporter.

“I cried a lot. I felt like he was clapping for me in that moment. I knew that he was really proud,” De La Cruz said.