Garcia said his main priority will be reducing violent crime. This year to date there have been 245 homicides, making 2020 on track for the most murders in 16 years 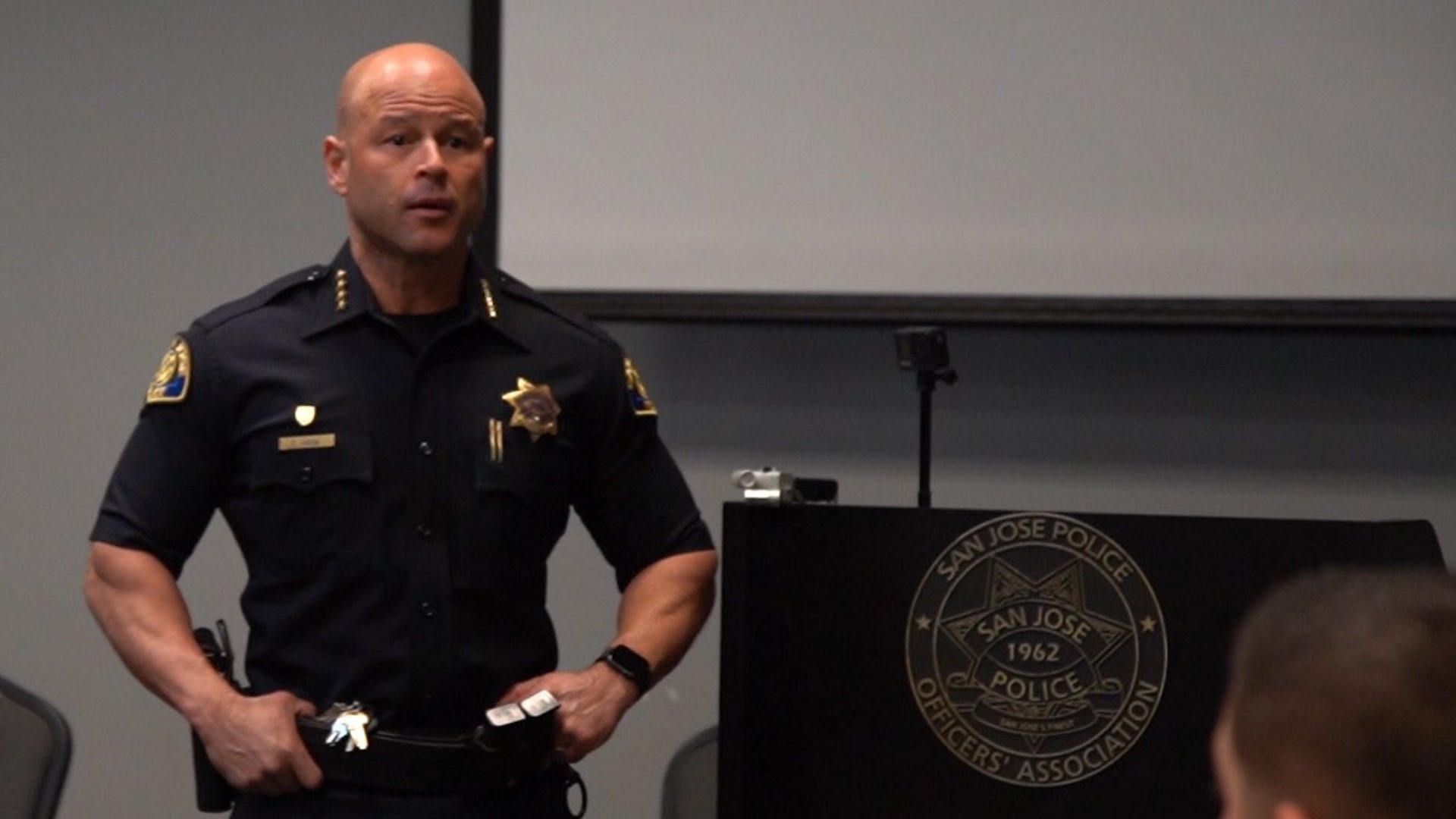 The incoming Dallas police chief, Eddie Garcia, spoke with journalists Monday afternoon about goals for his incoming tenure: reducing violent crime and building buy-in from officers and the community.

He will be the city’s first Latino police chief when he takes over the department in February. He retired from the San Jose Police Department after 29 years, where he spent the last four years as chief.

In the news conference, he said his main priority will be reducing violent crime in the city, which has had 245 homicides this year to date, making it on track for the most murders in 16 years. In 2019, there were 198 homicides.

In San Jose, there were 34 homicides last year. The city has 1.02 million people, compared to Dallas' 1.34 million, according to the U.S. Census.

“I know the expectations are high,” Garcia said. “I know the men and woman of DPD are going to answer the call.”

RELATED: New Dallas police chief preparing to be ready on day one

The department will look at data-driven solutions and examine how far it has come in initiatives and reforms to see collectively where the blind spots are, he said.

“It’s imperative to get buy-in from the rank-and-file [police officers] to get the message,” Garcia said. "The next step is to go out and see where these criminal enterprises are meeting. We need to disrupt those."

Another one of his main priorities when he begins as chief is to choose an executive assistant from within the police department and to select his command staff. Three leaders from the Dallas Police Department were vying for the chief position alongside Garcia.

“I hope that sends a message that our collective success is for the betterment of us all,” Garcia said. “I’m hopeful that is one way we get buy-in.”

Outgoing Chief Renee Hall requested the help of the Texas Department of Public Safety for help during high crime spikes. A journalist asked Garcia what his stance was on asking for outside help for the department.

“I’m not going to second guess the decision that was made since I wasn’t there. I will look internally always before asking external,” Garcia said. “We look at how again we can handle this ourselves.”

When asked what steps he will take to help heal relationships between communities of color and police, Garcia said acknowledging that “we have made a lot of mistakes in the history of law enforcement” is one step.

“That does not mean that we won’t take the criminal element off the streets,” Garcia said. “We must ensure our community is safe, protestors are safe and ensure our men and women sacrificing their lives are safe.”

Garcia was also asked about his stance on enforcing marijuana policy because District Attorney John Creuzot decided in April 2019 to not prosecute first-time offenders.

“What’s petty [crime] to one person may not be petty to someone else,” Garcia said. “In certain communities, there could a single mother trying to put her kids to sleep and they can’t because of a loud party with individuals smoking marijuana."

"I wouldn’t characterize that as a petty crime to that mother trying to put her children to sleep. Our priority is violent crime," Garcia said. "We’ll work on having good judgment. I’m hopeful that our officers...know to be judicious and know our goals of our department without blanketing something as a ‘never’ or an ‘always.’”