Drive-thru customers will stage in the nearby baseball stadium parking lot. 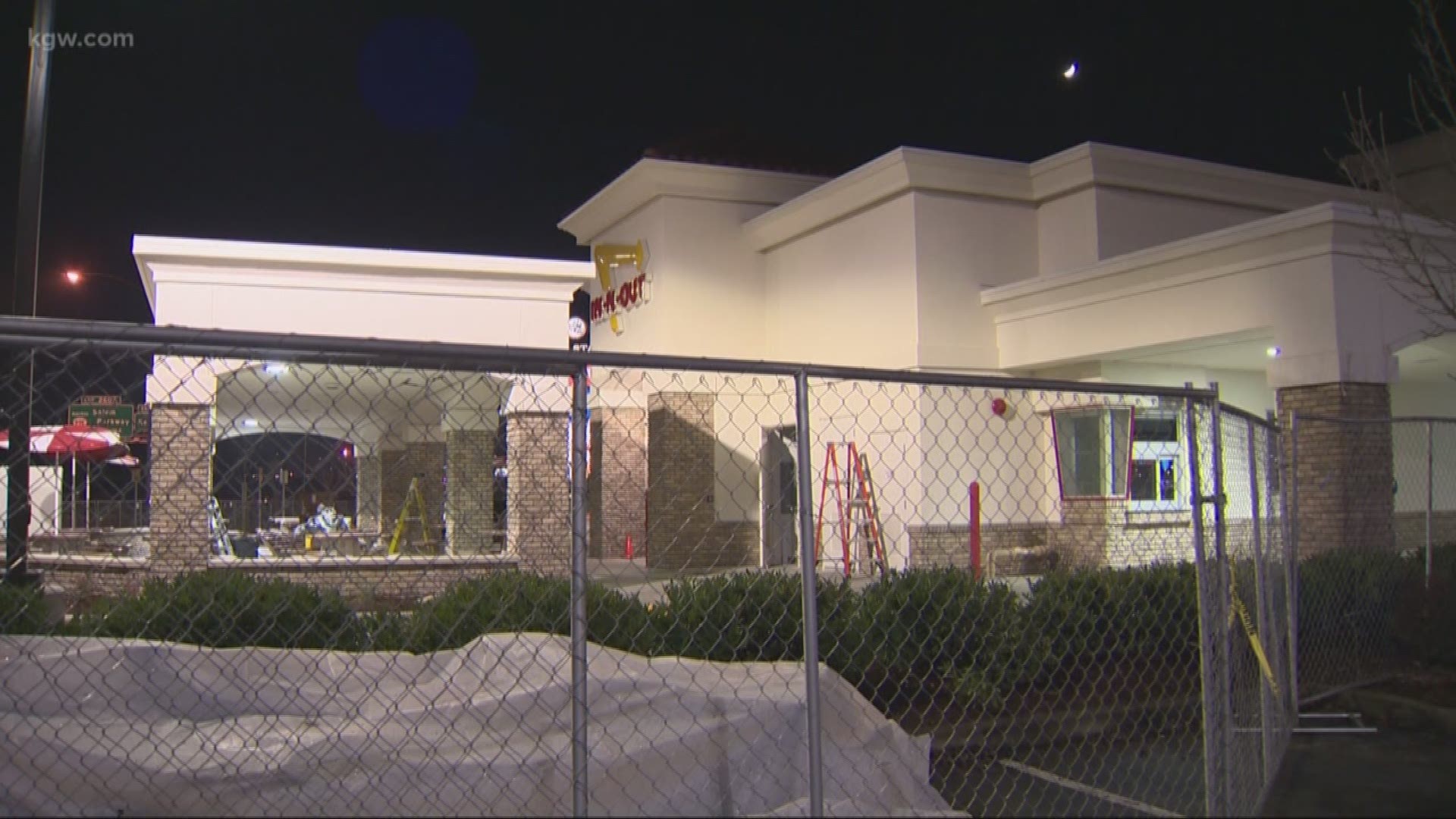 KEIZER, Ore. — As excitement builds for the planned mid-December opening of In-N-Out Burger in Keizer, city leaders have figured out what the restaurant plans to do with its large crowds.

Up to 200 cars are expected to be in the In-N-Out drive-thru line during peak hours, creating a traffic nightmare at the Keizer Station retail center during peak Christmas shopping season.

Keizer city leaders say the Salem-Keizer Volcanoes baseball organization has agreed to let the burger chain stage drive-thru customers in the Volcanoes Stadium parking lot. Customers will then be ushered over to In-N-Out.

At a meeting Monday night, the Keizer City Council approved temporary signage for traffic control. The signs cannot be used for product advertisement or obstruct the views of pedestrians or drivers.

"I've not seen any business anticipated like this before," said Chris Eppley, Keizer City Manager. "This is an interesting phenomenon for me."

Eppley may not understand the hype, but Keizer resident Phil Carlin sure does. He collects In-N-Out stickers and t-shirts. He even plans trips around cities that have the burger chain. Carlin expects a big turnout when In-N-Out opens.

"I think you'll see people come from miles around," he said.

In-N-Out told KGW in an email that its goal was to open in Keizer by mid-December. Don't expect much advance warning, however.

"As a private, family-owned company, we do not typically advertise a grand opening for a new restaurant – we simply open our doors," the company wrote.