Trevor Reed's family says his incarceration is about politics and that he's being held hostage to be used as a bargaining chip by the Russian government. 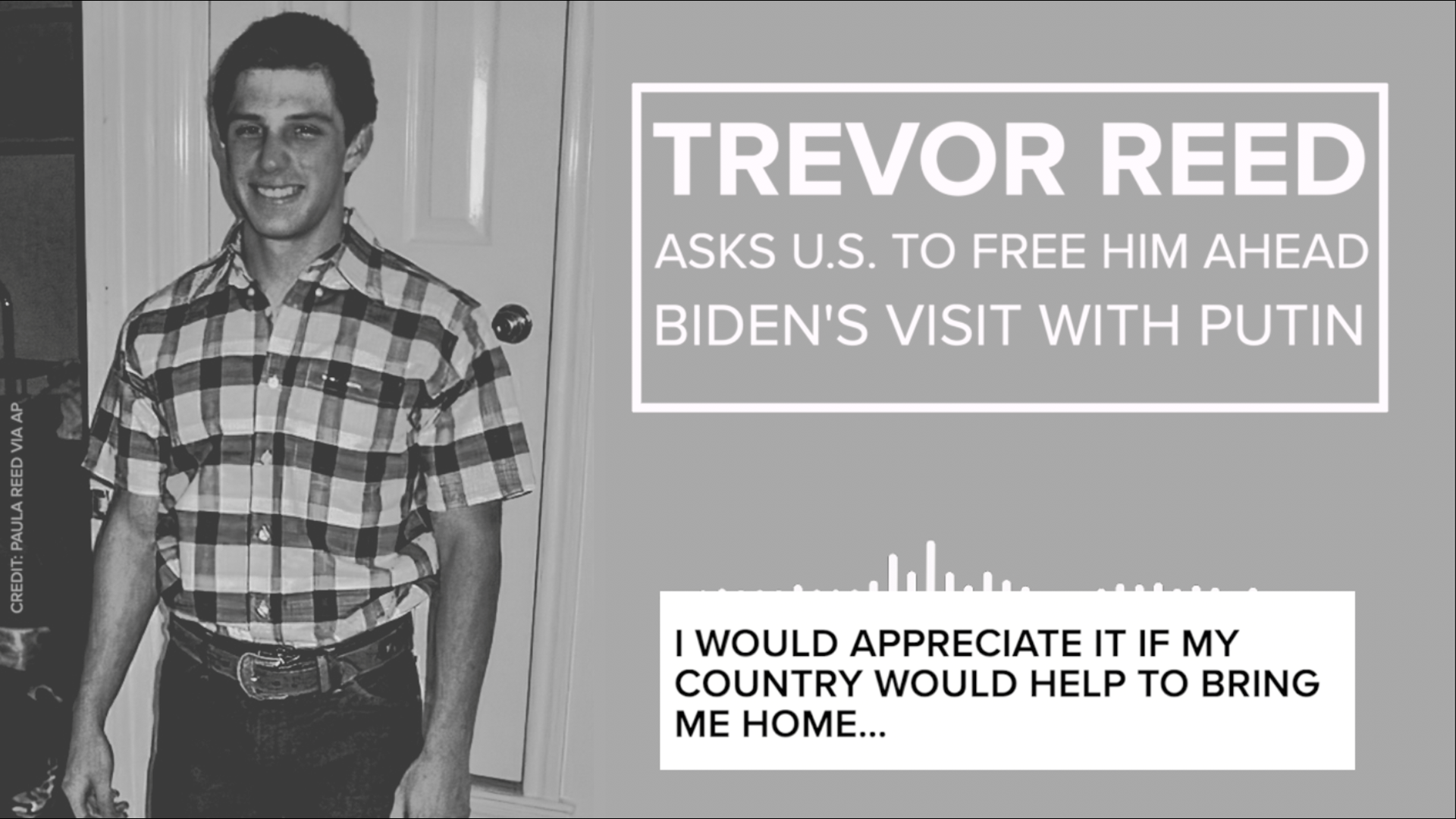 DALLAS — The family of Imprisoned American Trevor Reed has released a statement asking the U.S government for help to free him from captivity in Russia.

In May of 2019, Reed traveled to Russia to visit his girlfriend. Three months later, in August, he was accused of assaulting two police officers, subsequently convicted, and sentenced to 9 years in prison.

His family maintains that the conviction was political and not based on the evidence. They claim that he's being held hostage to possibly be used as a bargaining chip.

President Joe Biden commented on Reed following his meeting with Russian President Vladimir Putin on Wednesday, saying he was “not going to walk away” from the plight of Reed or his fellow imprisoned American Paul Whelan.

Speaking to reporters after the meeting in Geneva, Biden said: “We discussed it. I’m going to follow through with that discussion.”

"We kind of hoped for exactly what happened today. We knew that Trevor's name was brought up, we knew he was discussed. And we were hoping that they would say we'll keep discussing it and it is a possibility," his parents said in an interview with ABC. "And that's, from what we found out today, that's what happened and that's exactly what we wanted to happen"

Putin opened the door to possible discussions about a prisoner swap with the U.S. for the release of the Americans and said those conversations would continue.

The U.S. did not immediately comment on Putin’s characterization of the discussion.

RELATED: American sentenced to 16 years in Russia on spying charges