'I'll come back and kill y'all': Dallas middle school students robbed at gunpoint

Three students from LV Stockard Middle School in Dallas were robbed at gunpoint less than a block away from school. 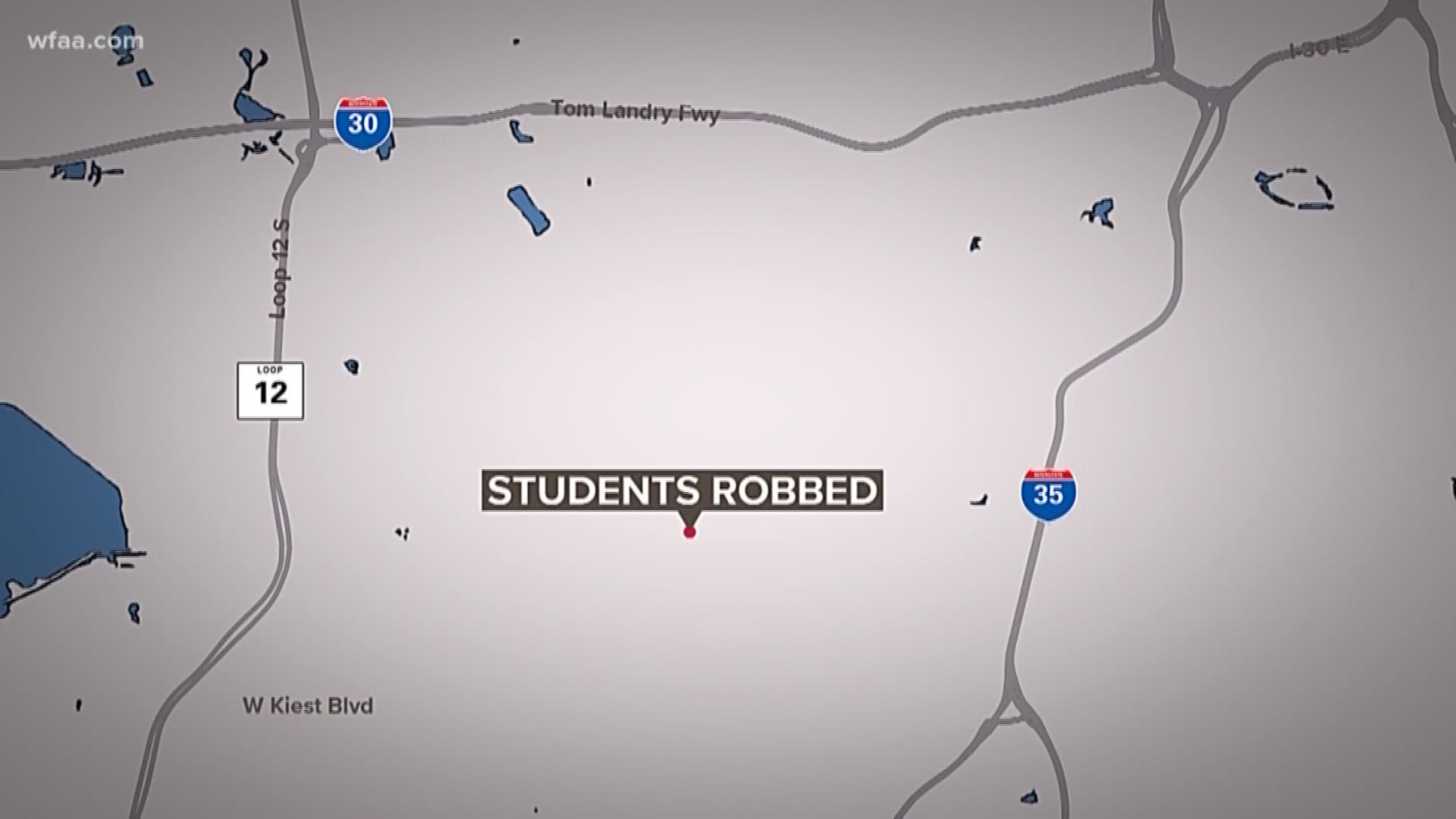 DALLAS — There have been several armed robberies targeting students in Dallas. The most recent incident happened on Friday less than a block away from LV Stockard Middle School in Oak Cliff.

"It's nerve-wracking. It's traumatizing. I was shocked at first," said Diana Guerra, whose son, a 7th-grader, was one of the three victims.

She said there was a fourth student with them, but she was not robbed.

Guerra said an older black Chevy Impala pulled up next to the kids on Poinsettia and Ravinia Drive after school. Four men got out of the vehicle and demanded cell phones.

Guerra said that at first the kids told the suspects no. Then one man pulled out a gun, put it to their backs, and made the boys get on the ground.

"They said he laughed at them," Guerra said. "He goes, 'If you tell anybody, I'm gonna kill you. I'll come back and kill y'all.'"

"Knowing that they are out there free, it's scary," Adriana Morales, the mother another victim, said.

She said the families reached out to the principal of LV Stockard Middle School and filed a report with the Dallas Police Department.

Her fear is that the suspects are not in custody, and that more children may get hurt.

In a statement, DISD said, "Over the last few weeks, students at four Oak Cliff campuses were held at gunpoint and allegedly forced to hand over their personal belongings, particularly, their cell phones. Most have occurred in the early evening hours, when students are waiting alone to be picked up. We encourage parents to talk to their student about safety and being aware of their surroundings. School administrators have also been informed of these incidents and asked to increase their vigilance."

Students are encouraged to hide their cell phones if they are walking, and to stay in pairs or groups.

Any information or incidents should be reported to Dallas ISD Police at 214-932-5627.