"A lot of people know Lewisville because of the water tower," said historian Gary Kerbow. 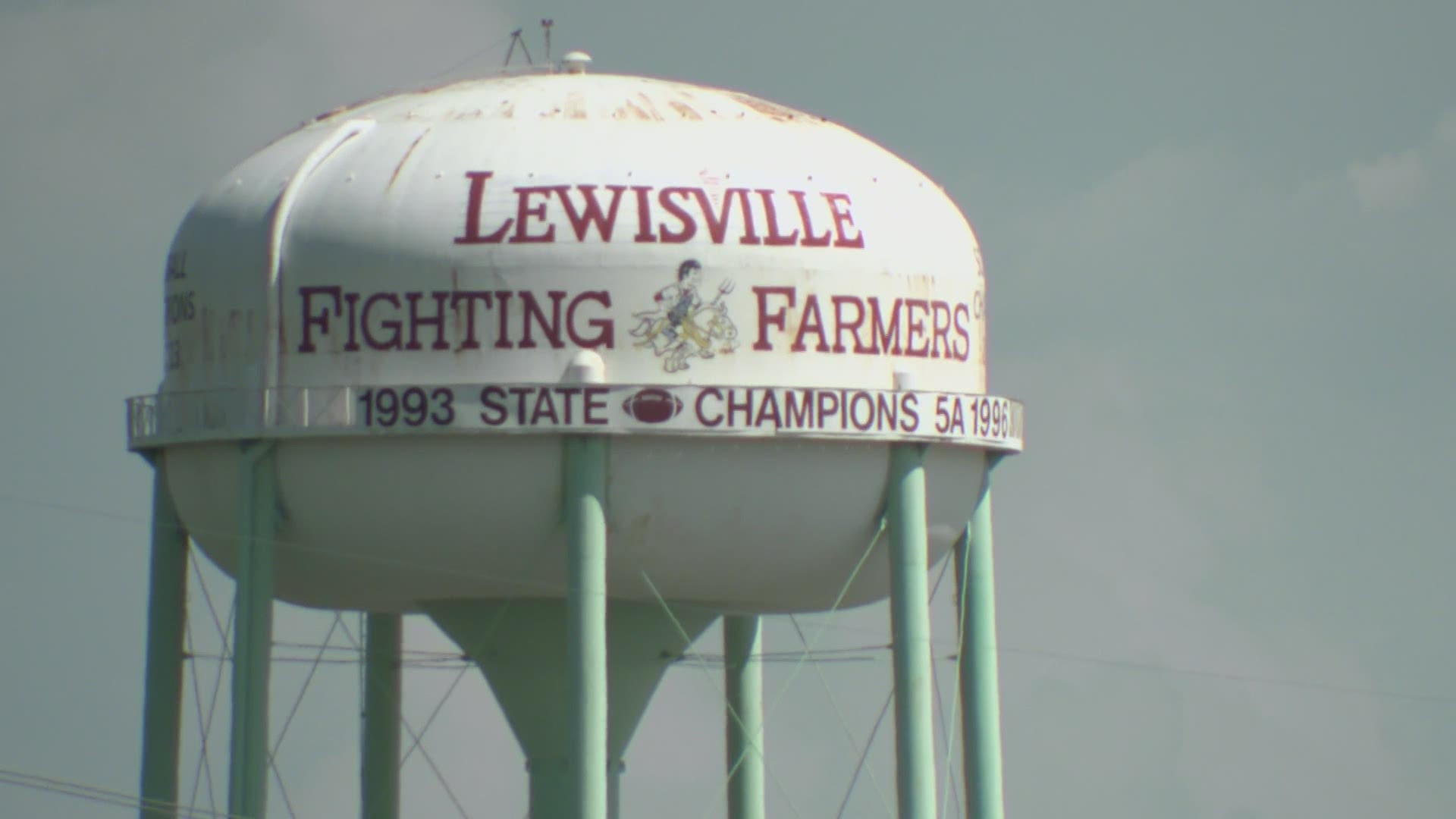 LEWISVILLE, Texas — The above-ground water tank in Lewisville towers over Interstate 35 and is recognizable to many people. It is both unassuming and yet towering. The sad reality is that the tower must finally come down after so many years.

"A lot of people know Lewisville because of the water tower," said historian Gary Kerbow.

The Fighting Farmer's Water Tower has been a part of the city skyline since 1960. It was first built in 1959, when Lewisville boasted a population of just 4,000 people.

"I see a lot of memories. It just feels like a part of you is going away," said Kerbow, who grew up and went to school in the city. Kerbow also sees his childhood when he sees the Fighting Farmer's Water Tower.

James Kunke, a spokesman for the city, says the tank was originally built to last only 50 years and is now on borrowed time. The tower has not been operational since 2020 and simply cannot hold water now. To give an idea of how big the tower is, the letter "F" in "Farmers" stands more than 8 feet high. The tower is also a celebration of Lewisville High School football and softball championships.

"Sometimes you're stuck between emotion and reality," Kunke said. He said the city mulled over multiple options for what to do with the tower. The reality of the situation is, the idea of keeping it simply doesn't hold water anymore.

"There are things you can't see from the ground -- some of the welding, some of the wiring and the lining inside the tank," Kunke said.

One side of the tank clearly shows the toll the blistering Texas sun has taken on the Fighting Farmer logo. Kerbow started a group to save the tower because he knows its history and what it means for the people in the area.

It would cost $700,000 to fix it and re-paint it. That does not include the routine maintenance and the need for paint again in 15 years for a tower that serves no storage purpose.

The city has opted to soon reimagine the Fighting Farmer in a colorful mural off of I-35 and maybe save pieces for Lewisville High School for nostalgia.

"I would say it's sad to see it go. I don't really know what else to say to it," Kerbow said.

Kerbow has made peace with the tower coming down. He too understands that investing that much money in a tower that can no longer hold water is a waste of taxpayer money.

The hope is for the tower to come down by the end of the year.