Rainbow Lounge, an iconic gay bar in Fort Worth, has scrapped its plans to reopen after being destroyed in a June fire, WFAA has learned. 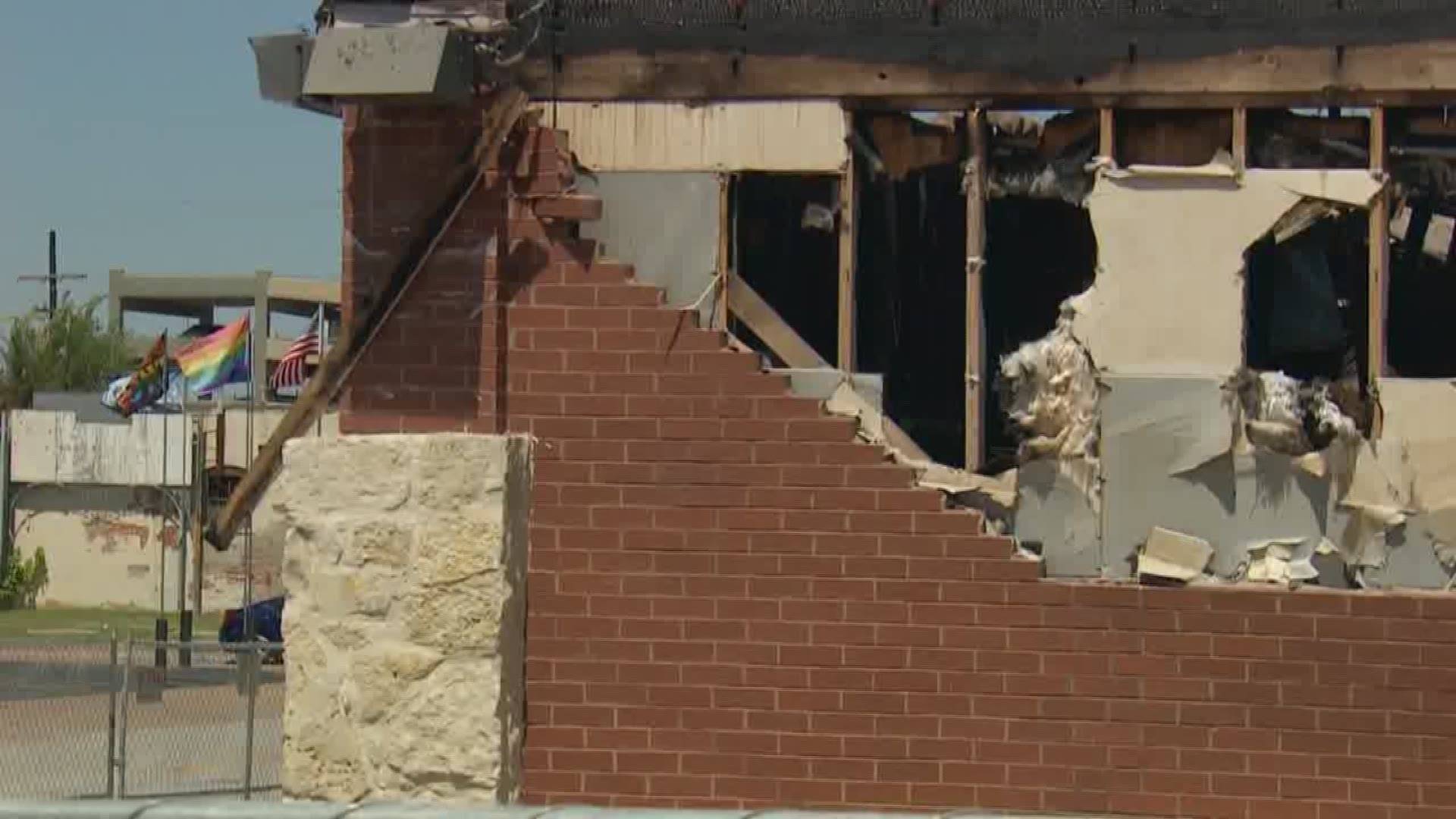 The corner of Lipscomb and Daggett, on the near Southside of Fort Worth, is where the co-owners of the Rainbow Lounge had planned to re-open their iconic gay bar that burned down in June. It was just blocks away from the bar's original location.

But Rainbow Lounge co-owner Tom McAvoy now tells WFAA that leasing issues in the multi-tenant building on Lipscomb have led them to decide not to re-open the well-known bar. In a message sent from Florida, McAvoy says he's "so sorry" feeling he's "let the community down."

Until it burned down, the Rainbow Lounge was in a building on Jennings that had operated as a gay bar under different names since the 1960s.

News of the decision not to re-open sent shock waves through the gay community Wednesday.

"I started crying immediately," said Randy Norman, who's a former owner of the Rainbow Lounge. He was also the general manager during the club's darkest time: the 2009 TABC raid that severely injured a patron and strained relationships between the city and its LGBTQ community.

Through hard work, things improved after that.

"Everybody was welcome, and everyone was treated the same. It was a place of love," Norman said of Rainbow Lounge's legacy.

The club meant a lot to Norman's friend Raymond Gill, too.

"Twenty-eight years ago, a shy Cajun moved to town. And walked in there," Gill said, pointing to the burned down club Wednesday. "I was embraced by the whole community. I learned to country dance, as y'all call it. I fell in love, not just with an individual but the whole community."

Norman and Gill are amongst many who hoped re-opening the club would mean people of all walks of life would continue to have a place to connect.

"I think it's always going to be alive in our hearts and memory," Norman says. "I think Fort Worth will never forget the Rainbow Lounge."

It's unclear if the Rainbow Lounge will have any further future. But there will be plenty of people who will be waiting to find out.