'I would like the world to know I'm tired': North Texans traveling to D.C. to march for justice and police reform

As thousands plan to attend March on Washington 2020, conversations about policing of Black communities continue. 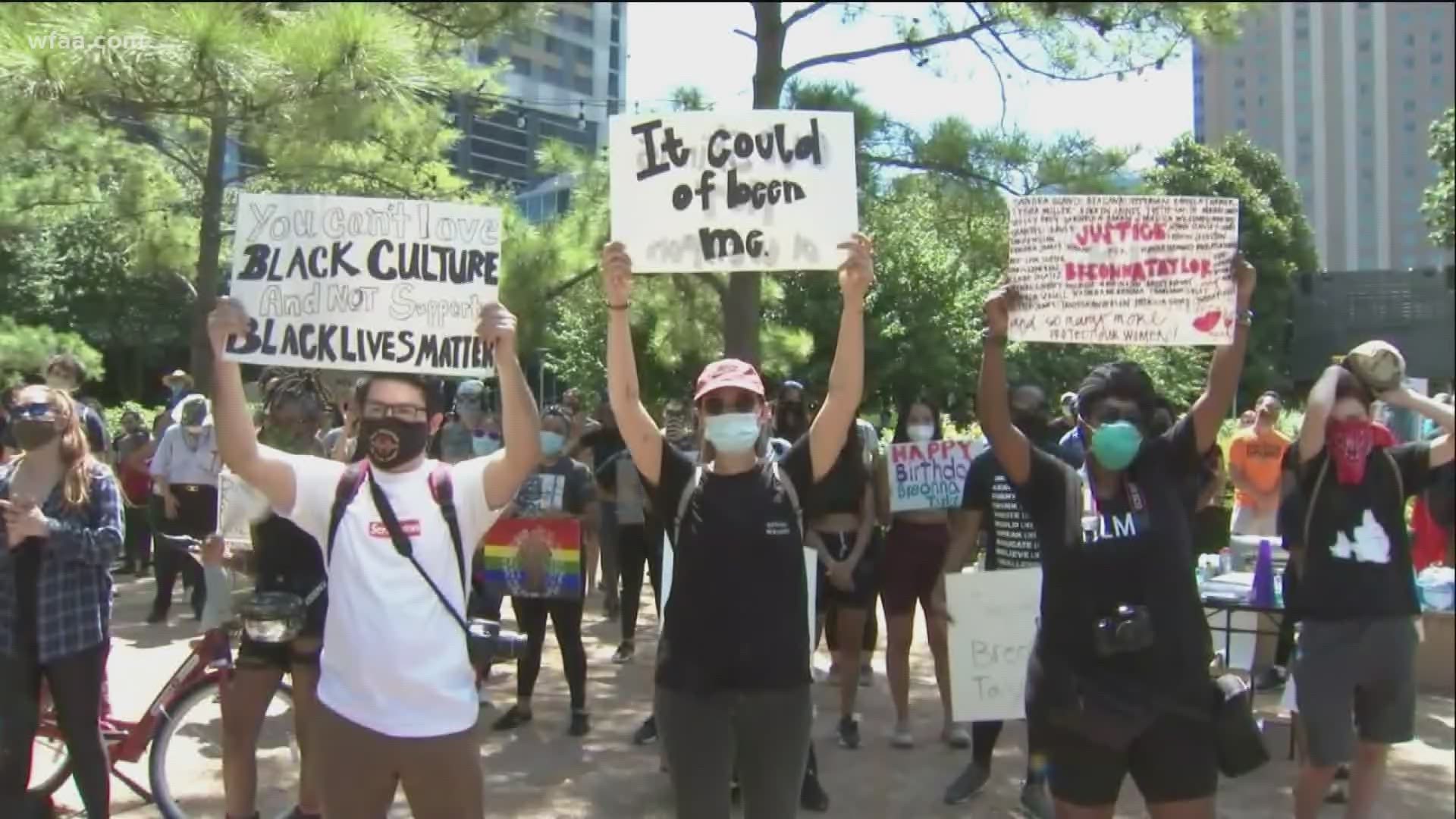 DALLAS — People across the country continue hitting the streets in protests speaking out about police use of force, social justice and civil rights.

Some residents in North Texas are preparing to head to Washington, D.C. for the March on Washington 2020, which is scheduled for Friday, Aug. 28.

Grayson is taking her son.

”On the heels of George Floyd, shortly after Rayshard Brooks, now Jacob [Blake] in Kenosha. The same signs, the same rhetoric, the same purposes,” Grayson said.

Grayson and her son will be among the 50,000 expected to attend the march focused on criminal justice reform and racial equality.

”We’ve got to do something in this country about the racial injustice that exists,” said Marquis Hawkins. He is also traveling to the March on Washington 2020.

Policing of and in Black communities is being discussed in forums across the country. It’s a topic the Institute for Law Enforcement Administration tackled during a webinar on Wednesday.

Avonne Bogan of Fort Worth, Texas said it is important for her to be there with her children. Their uncle was killed by a Flint police officer years ago.

"I would like the world to know, I’m tired. Everyone else is tired. How many Black lives does it take in order for this to stop?" Bogan said.

Participants say they are optimistic their presence in D.C. could lead to some change.