"He would say at least a hundred times there won't be a firefighter at my funeral," said Diane Masiello. 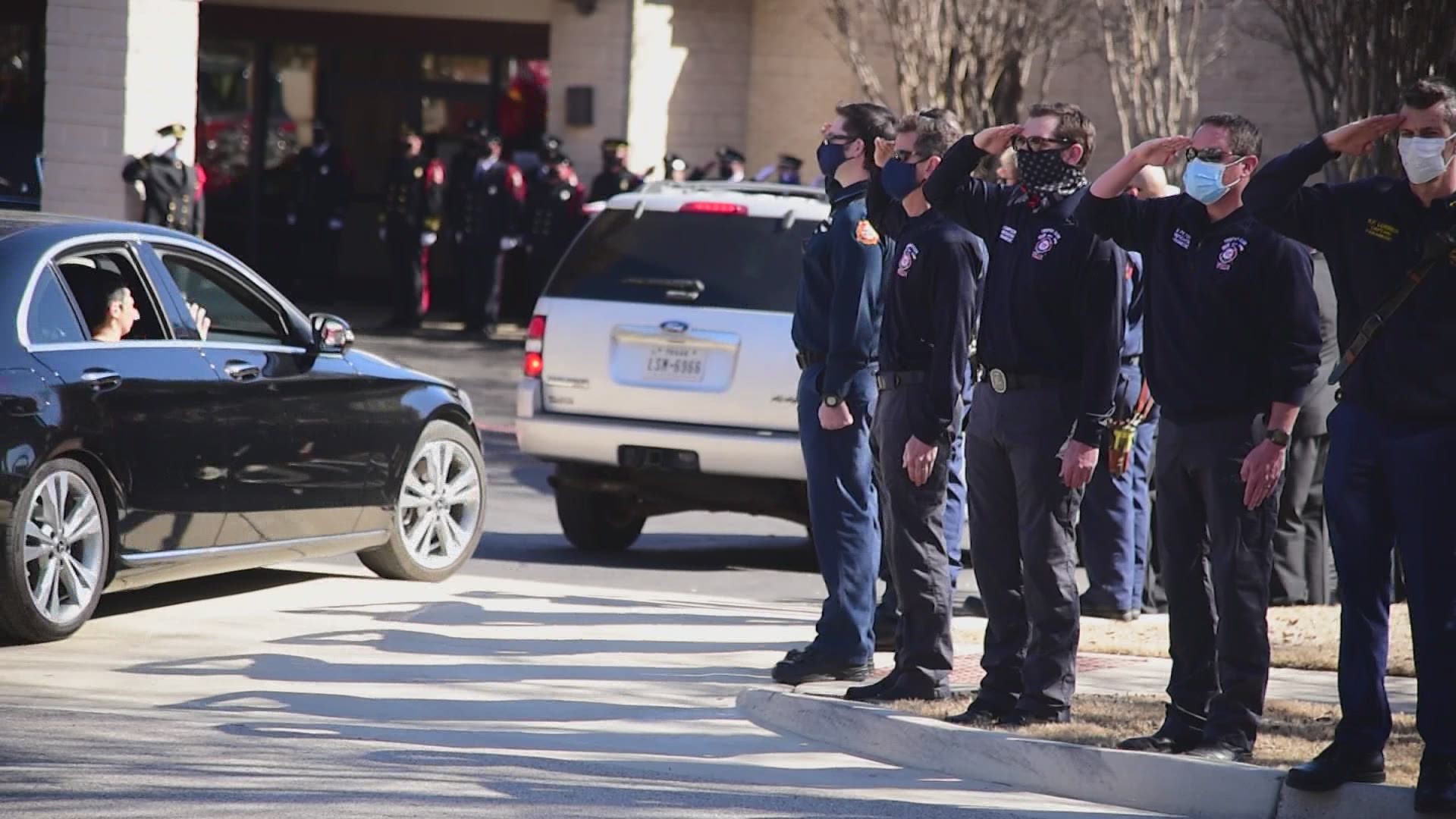 TROPHY CLUB, Texas — It was not an easy decision for Peter and Diane Masiello of Trophy Club to leave their home state of New York.

The couple left New York two years ago to be with their children and grandchildren as Peter fought cancer. He was a highly decorated fire captain for more than 30 years with FDNY.

"For my husband, [firefighting] was everything. It was his life. He loved the job," said Diane.

The hardest part about leaving their home-state was the realization that many of Peter's fire service friends may not attend his funeral.

"He would say at least a hundred times there won't be a firefighter at my funeral," said Diane.

That is what Diane told the first responders at Trophy Club in their home when Peter died last week. Firefighters relayed that message to Trophy Club Fire Chief J. Taylor.

"We weren't about to let that happen," Taylor said. "My first thoughts were just a grassroots effort, just a few firefighters in uniform."

On Wednesday, 26 fire companies showed up to former Captain Peter Masiello's funeral at St. Francis of Assisi Catholic Church in Grapevine. There were a few dozen apparatuses also on hand at the funeral, along with Irving Fire's Pipes and Drums.

Diane and the family is appreciative of all the hard work done for Peter. She said the firefighting community is truly a brother and sisterhood.