What’s next in second impeachment trial | Connect the Dots

It's clear both Democrats and Republicans want this trial to go quickly. 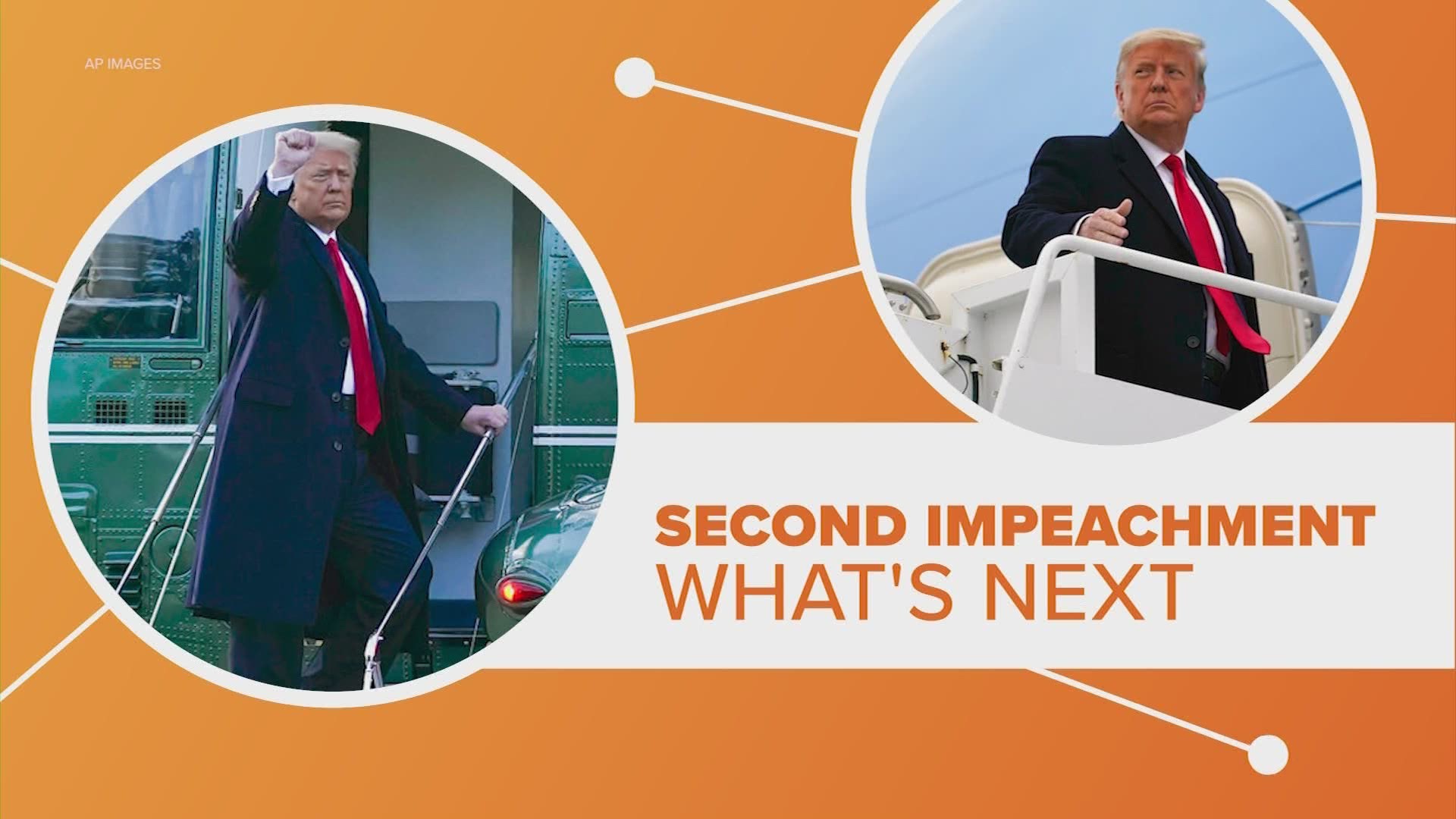 HOUSTON — While holding a second impeachment trial for a United States president is unprecedented, we do know some about how this will work.

It’s clear that both sides want this trial to go quickly.

The hearing really gets underway Wednesday when nine Democratic House impeachment managers will start their arguments against the former president.

Each side will have as many as 16 hours over a two-day period to make their case. Democrats say a final vote could happen Sunday or Monday, while according to reports, Republicans think it could wrap up as early as Saturday night.

No witnesses could change

One thing that could delay all this is witnesses. House impeachment managers have only asked for one witness, former President Donald Trump.

However, his defense team swiftly rejected that idea.

But the managers can still call witnesses if they want to counter any arguments made by Trump’s defense team.

According to political watchers, it will still be hard for democrats to secure a conviction. They will need at least 17 Republicans to vote against the former president.

And while some republicans say they are keeping an open mind during arguments, others have already indicated they are ready to vote for acquittal.