While some locations have long lines, there could be others very close by that do not. Here's how to check. 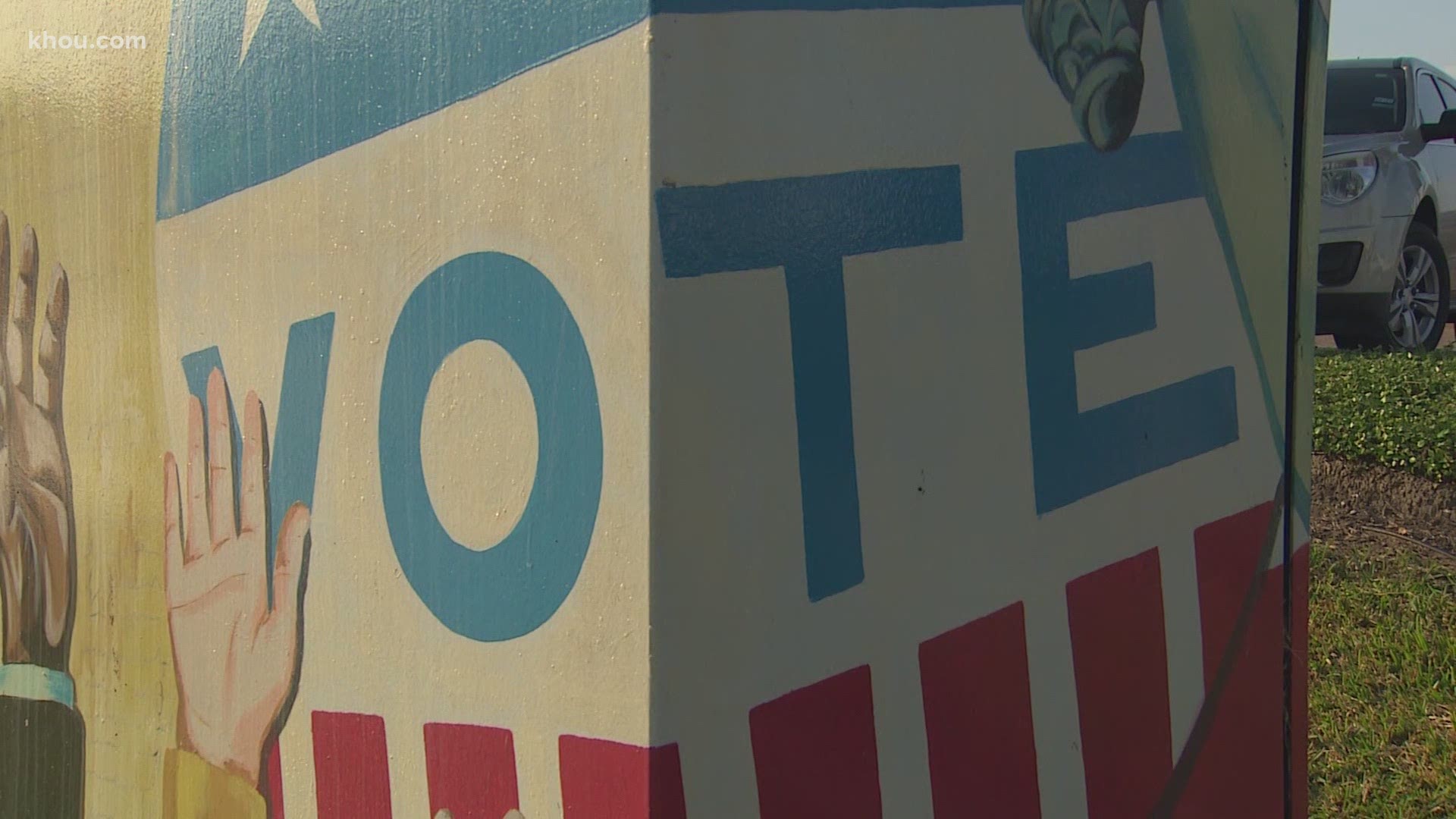 HOUSTON — In an election season with record-breaking turnout, long lines are not surprising, and there is an easy way to check the wait time at voting locations in your neighborhood.

HarrisVotes.com estimates the wait time and line length at the polls in your desired city, town, or ZIP code in Harris County. There are more than 100 locations across the county for early voting, which lasts until Oct. 30.

On Wednesday, the second day of early voting in Texas, the Harris County Clerk reported a total of 114,996 people voted in person and 3,012 mail ballots counted. Clerk Chris Hollins said  287,531 total voters have cast ballots in Harris County so far.

“It took only like 4 minutes, 5 minutes. It’s really fast," said Joseph Naimi. “Our voices have to be heard.”

While some locations have long lines, there could be others very close by that do not. Time of day and day of the week can influence wait time and line length, so check other smaller locations around your intended polling location.

Kyler Hicks (L) and Joseph Naomi (R) just voted at the West End Service Center on Heights BLVD. Everyone here is saying they are in and out in 5-10 minutes. @HarrisVotes @KHOU #KHOU11 #Election2020 pic.twitter.com/KeZcw1Tbfy

The West Gray Multiservice Center is normally a busy location during elections. On Wednesday at 5 p.m., HarrisVotes.com there was an estimated wait time of more than 40 minutes. Voters on-site at that time told the KHOU 11 crew that wait times were closer to 10 minutes.

Less than two miles away, on Heights Boulevard, the West End Multiservice Center also had short lines. Voters reported 5 to 10 minutes from start to finish.

Hollins also noted the new additional locations for people to go vote, including the Toyota Center, where voters can either drive-through or go inside.

He said they have tripled the number of early voting sites this year to 122. Voters registered in Harris County can go to any of them.

“And we’re ensuring that the places where we saw some lines yesterday that we’re providing them with additional voting equipment, including check-in machines, to try and shorten those lines. To provide signage to point people to nearby voting centers that might have shorter lines," Hollins said.