"He was the first to say we want a place where it's going to be fun to go to work at, as opposed to being hum drum and a place I dread." 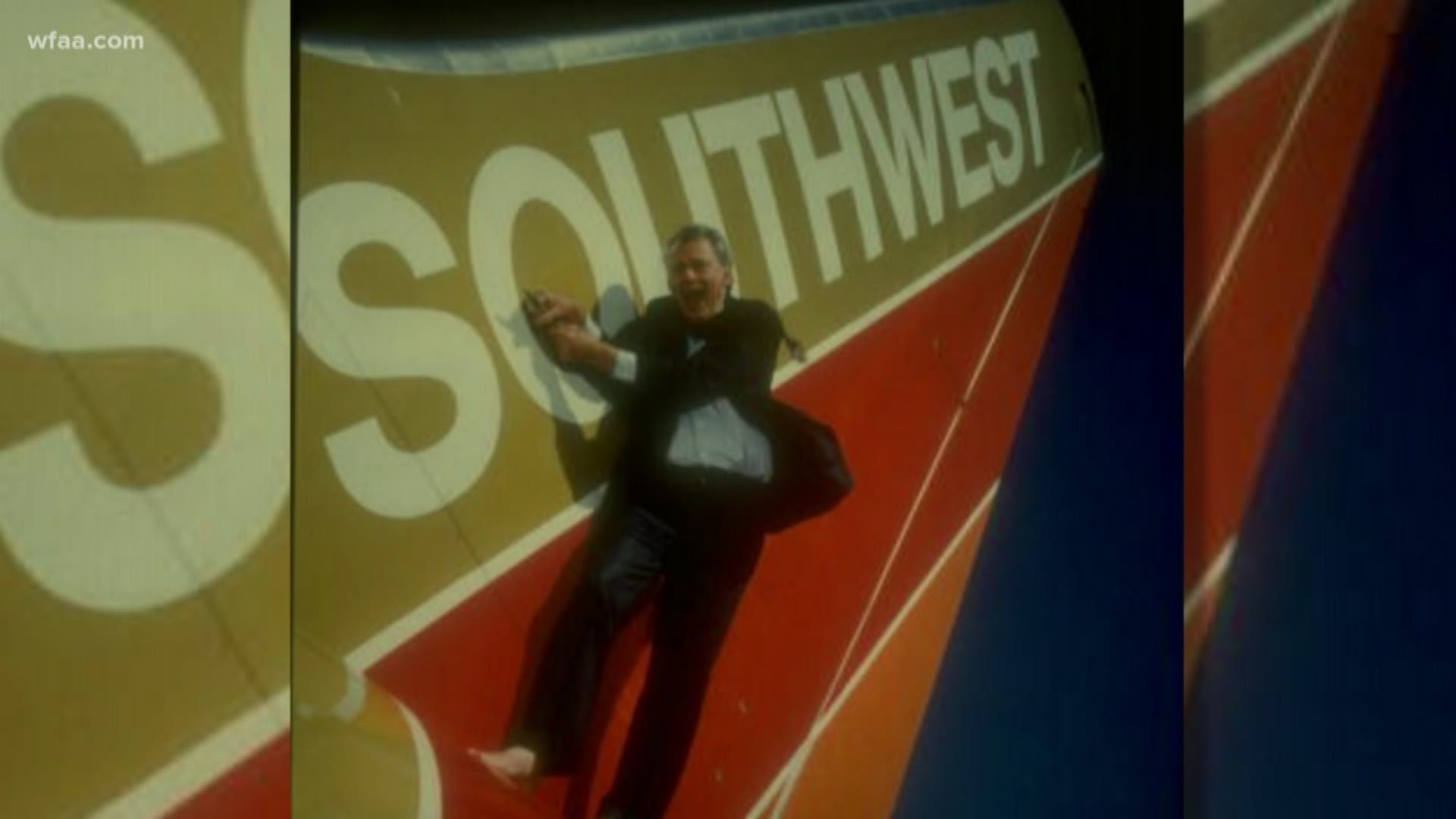 DALLAS — The late Herb Kelleher helped define modern-day Dallas and is remembered for changing the way businesses operate as much as disrupting the airline industry.

“He was the first to say we want a place where it’s going to be fun to go to work at, as opposed to being hum drum and a place I dread," said Dallas Mayor Mike Rawlings, who served as CEO of Pizza Hut before getting elected to City Hall. "And because of that culture, he set a whole path for businesses across America where and experience in the job was so important."

Rawlings even said that during his time at Pizza Hut, he studied Southwest’s culture to emulate it in the restaurant business.

Kelleher, 87, died Thursday morning, Southwest announced in a statement. The Dallas-based airline did not reveal his cause of death or funeral arrangements.

“Herb Kelleher is arguably the most transformative figure and character in the history of modern aviation," T. Boone Pickens, a Dallas oilman, investor and entrepreneur, wrote on Twitter. "He is the epitome of the can-do entrepreneurial spirit. My heart goes out to his family and all our @SouthwestAirlines friends."

Herb Kelleher is arguably the most transformative figure and character in the history of modern aviation. He is the epitome of the can-do entrepreneurial spirit. My heart goes out to his family and all our @SouthwestAir friends.

Kelleher ran Southwest Airlines for 30 years, growing it from a small regional carrier to the largest domestic airline in the country. It was that journey, his style and try-anything attitude that he is remembered for. 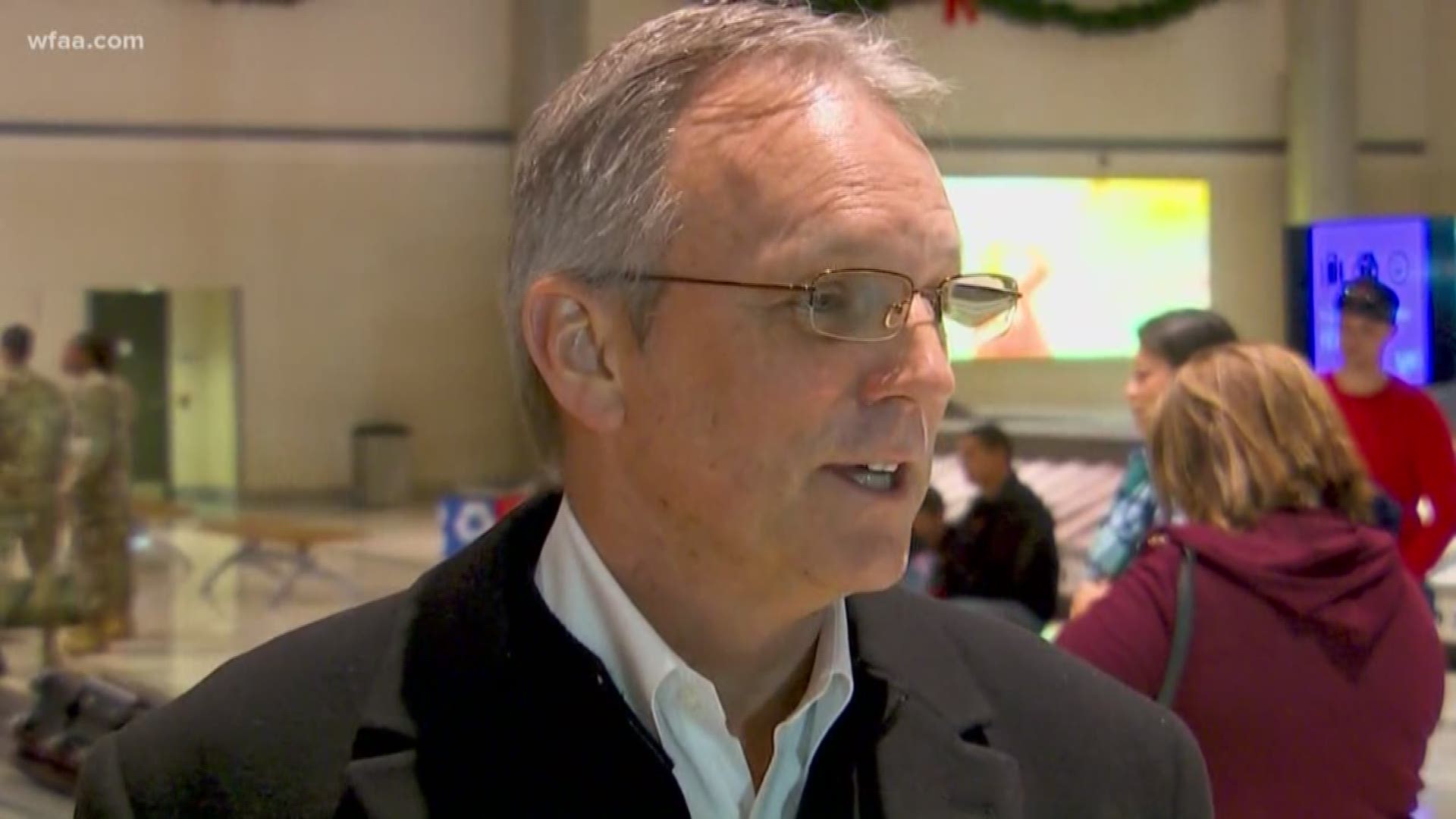 “They believed that flying was supposed to be fun. And they started out that way. If you look at some of their old advertising material, that was it. It was supposed to be afun airline to fly,” said Bruce Bleakley, author and the former director of Dallas’ Frontiers of Flight Museum.

Bleakley wrote a book on Dallas aviation and chronicles how Southwest Airlines was conceived in 1966 “as Rollin King sought advice from his San Antonio attorney, Herb Kelleher, on dissolving an uneconomical commuter airline he was operating to small Texas towns.”

Instead, King and Kelleher sketched out the business plan for Southwest Airlines on a cocktail napkin at a San Antonio bar. It would fly between Texas’ three biggest cities: Dallas, Houston and San Antonio.

“I always think it’s interesting that Herb was a lawyer first and an aviation executive second," Bleakley said. "That experience really, really made a difference in literally getting Southwest off the ground in the early years."

Said Rawlings, "He was a legend even before he passed. But I think that kind of puts him in a box. Herb was a unique individual; a man that saw that he could compete against the car with the airplane and short haul [flights]."

In 1971, after raising enough money to lease three jets, Southwest took off.

The airline disrupted the aviation business, introducing low-fares, edgy advertising, and even flight attendants in hotpants, in addition to the business culture he created.

“Herb was a pioneer, a maverick, and an innovator," Southwest wrote in a statement. "His vision revolutionized commercial aviation and democratized the skies. Herb’s passion, zest for life, and insatiable investment in relationships made lasting and immeasurable impressions on all who knew him and will forever be the bedrock and esprit de corps of Southwest Airlines."

In 1992, instead of going to court over a copyright fight, Kelleher challenged the other side to an arm wrestling contest over who gets to use the phrase “Just Plane Smart.”

Kelleher lost that comical contest but stunts like that helped reinforce his reputation.

“I’ve known Herb for many years,” Sir Richard Branson told WFAA in 2014 when he brought Virgin America to Love Field at the end of the Wright Amendment, which opened the Dallas airport up to non-stop long-haul flights.

After interviewing Branson in the cabin of one of Virgin’s posh aircraft, we noticed Herb at a neighboring gate taking tickets, also celebrating the end of the Wright Amendment, and bragging on Branson.

“He’s always been very kind to me and I’m very grateful to him,” Kelleher told WFAA.

Southwest even sent employees to Virgin’s gate to welcome the new competition.

Branson and Kelleher joked about being old friends and enjoying a few drinks together over the years.

The phenomenal growth of Southwest kept Love Field alive as a commercial airport after DFW was built in the 1970s.

DFW Airport was among the entities and individuals honoring Herb last night writing on Twitter that it “extends our deepest sympathies to @SouthwestAir and the Herb Kelleher family. He was a true Texas aviation legend.”

DFW Airport extends our deepest sympathies to @SouthwestAir and the Herb Kelleher family. He was a true Texas aviation legend. #HonoringHerb https://t.co/Icbo7Q1oZR

American Airlines added: “We’ll miss you Herb. A leader, a legend and a true pioneer.”

We’ll miss you, Herb. A leader and a legend, you were a true pioneer. #HonoringHerb https://t.co/iXJ7jP4t4i

In a video message posted to Southwest’s website, CEO Gary Kelly said the airline has a number of things planned to honor Herb in the coming days including a celebration of life, moment of silence and lowering corporate flags to half staff.