How a vacant school became the Rev. Zan Holmes' legacy

Despite a life between the pulpit and politics, the Rev. Zan Holmes said his legacy lays in his latest project with a vacant elementary school in South Dallas.

DALLAS – Despite a life between the pulpit and politics, the Rev. Zan Holmes said his legacy lays in his latest project with a vacant elementary school in South Dallas.

“That’s been my passion – to take the ministry and the gospel to the community to help create opportunities for all people and also to be able to bring people together across racial lines, across economic lines, because it is only as we come together and work together that we’re going to be able to overcome the problems that we’re all facing,” said Holmes on WFAA’s Inside Texas Politics.

It’s “designed to create self-sustaining pathways out of poverty into education and into life service – developing the skills. The focus in that program is to help train, educate, job placement for these young people.”

Holmes spent 43 years as a pastor at St. Luke’s Community United Methodist Church in Dallas. Prior to that, he spent four years in the Texas Legislature as a state representative between 1968 and 1972. He marched for civil rights in Dallas during the 1960s and even spent time with the Rev. Jesse Jackson.

The original St. Luke’s church where Holmes first began preaching, is across the street from the vacant school where his outreach center will open this spring.

“It’s going to be very important because it’s really going to be the center of the social services that we render to the people. It’s gotta be a one-stop operation. As I said, we’ve got the Dallas school district and all these other agencies working together with us which is unique. We have individual programs all over the place, but we don’t have the kind of collaboration, the kind of cooperation that we plan to have in this particular program ministry,” explained Holmes.

He was also asked about the state of race relations after eight years of the first African-American president.

“We thought when he was elected president, that was going to be the end of it. A lot of people said we were going to live in the post-racial world. We found out that’s not the case. His election revealed the racism that still exists,” said Holmes.

The former state representative also had some advice for the Democratic party to be competitive again in this state: “We need to get back to our roots, focus on the needs of people…that’s where we need to be. Go back to our roots and work together. The lack of cooperation, the conflict that exists, no sense of unity that’s part of the problem that we’re facing.”

Watch the entire interview from this morning’s Inside Texas Politics: 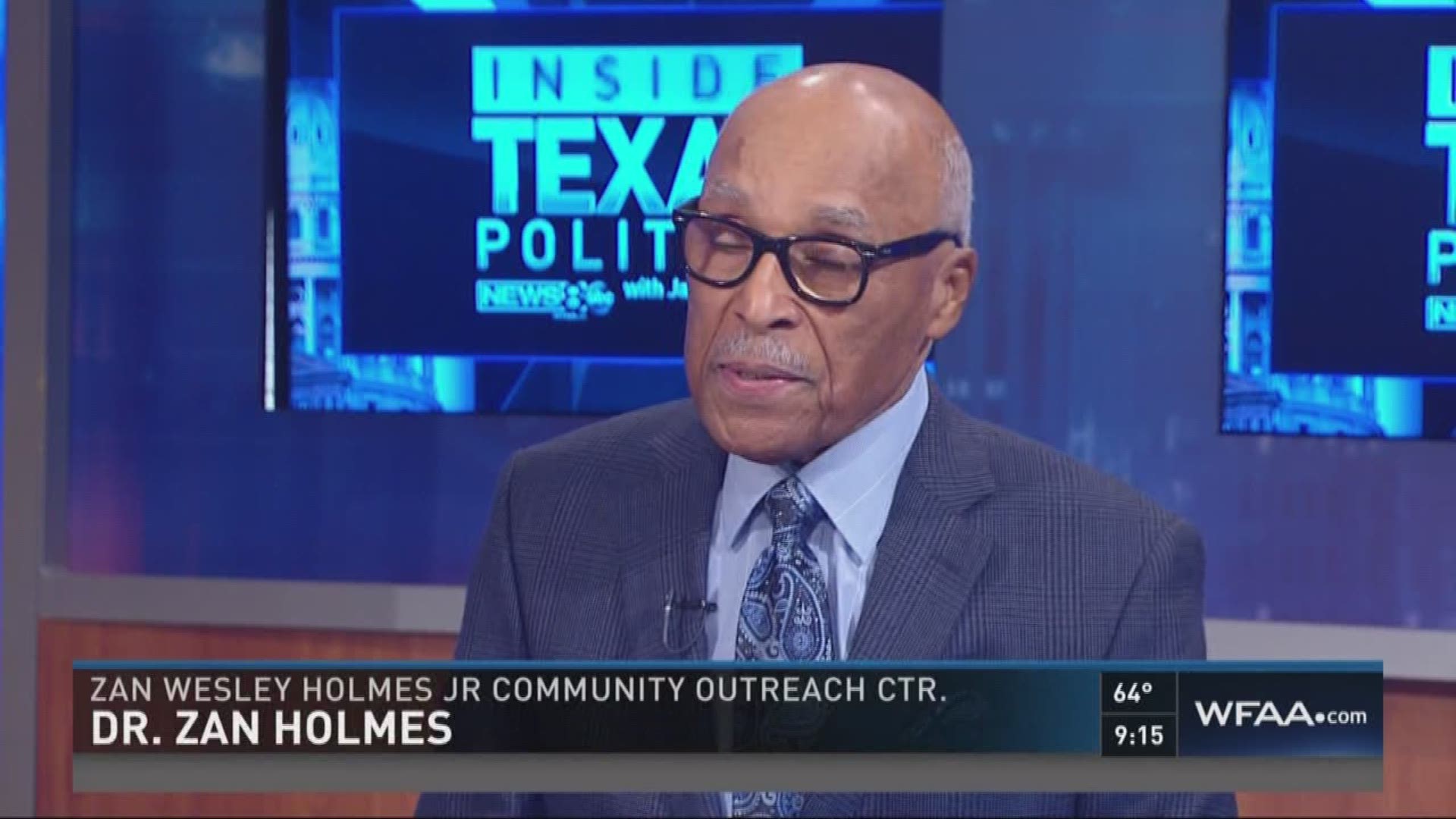