"It's not just a matter of providing groceries at an affordable price point. It's also a matter of justice," said Rev. Gerald Britt. 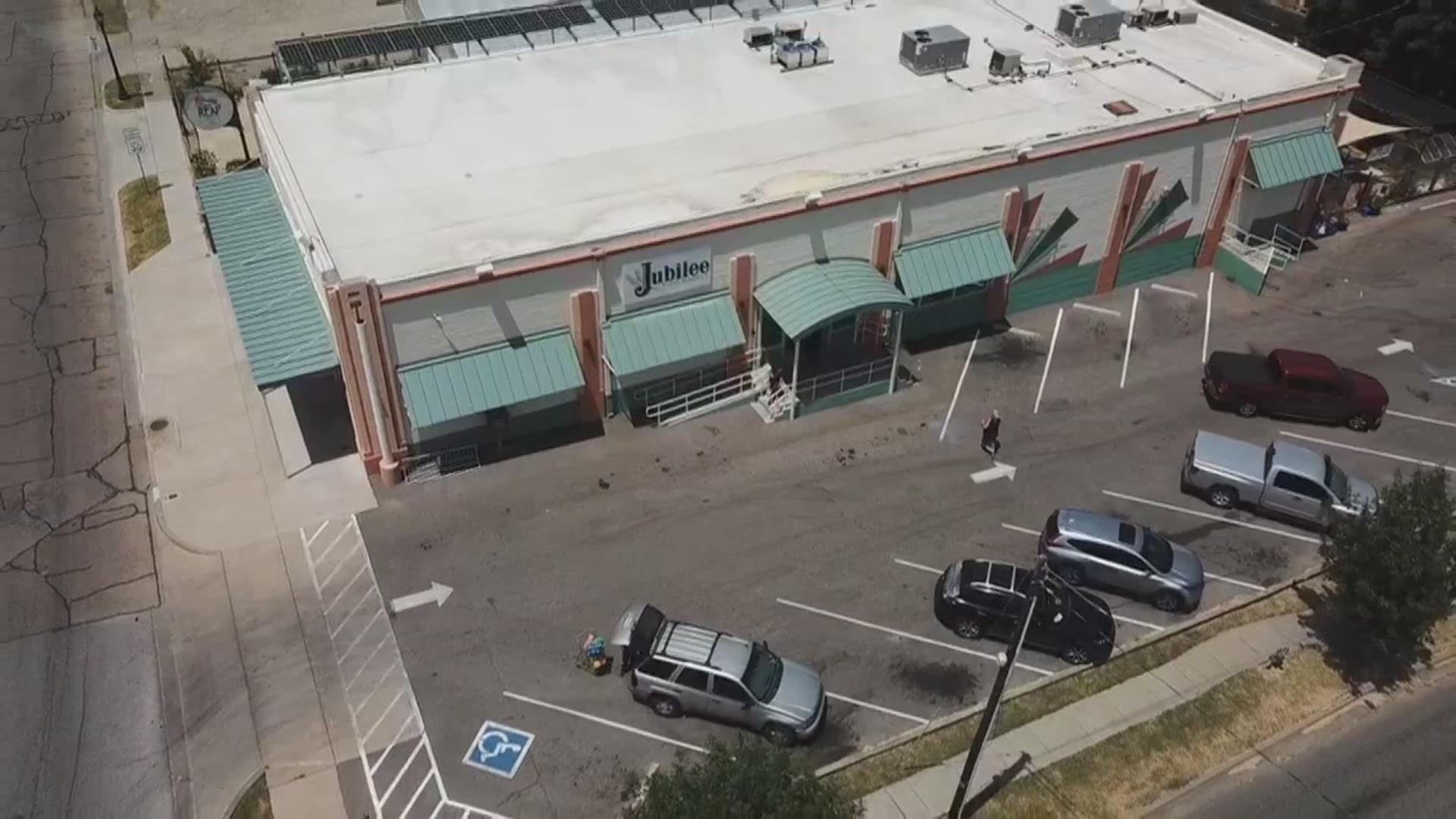 DALLAS — With success stories emerging from former "food deserts," a community in Oak Cliff is hoping its fresh food oasis is finally just around the corner.

A few weeks ago, WFAA reported on how a little corner grocery store that opened in an impoverished area near downtown Waco brought big change for residents.

"Jubilee has done a great thing," said Bobby Robinson, one of the local residents said when the Jubilee Market, a non-profit grocery store, opened its doors. "Great things."

"I hope it's here forever and a day," added Sammy Smith, also a local resident.

It's a change that many Oak Cliff residents, specifically those at the corner of South Marsalis and Ann Arbor avenues, are still waiting for their turn to see.

"Some version and some model of this needs to be here," said Rev. Gerald Britt, with the advocacy group CitySquare, which seeks solutions for problems in impoverished North Texas neighborhoods.

For nearly a decade now, Britt had been trying to bring the old Glendale Shopping Center in Oak Cliff back to life.

In its heyday, major grocery chains like Piggly Wiggly used to anchor the shopping center. But the big names in the grocery business gave up on the corner.

The original grocery store space sits empty after its most recent tenant, a clothing store, closed up shop too.

Convenience and liquor stores are on the perimeter of the property. But the closest major chain selling fresh groceries is a Walmart Supercenter roughly two miles away.

"They've had three or four of them there," said neighbor Jan Gore of stores that closed up shop at the location. "And they didn't survive."

Gore, at 73, has surpassed the average life expectancy in the 75216 zip code. The American Heart Association says a lack of healthy food choices in the area is part of the problem.

"I don't know about helping people make healthier choices," Gore said offering her perspective as a resident of the area for more than 40 years. "They have no choice now."

"It actually permeates to all other aspects of life," said Dee Baker Amos, with the American Heart Association.

That's why the American Heart Association believes what happened in Waco desperately needs to happen in Oak Cliff and South Dallas as well.

"What you see here by way of the Jubilee model should really fit the Oak Cliff community," said Baker Amos, on a recent trip to Waco. "I drove around [Oak Cliff] to count how many healthy options were in that zip code. And I can tell you that when you come up with zero, that tells me that it's a big problem."

A problem that might finally soon have a solution.

Rev. Britt, and the groups CitySquare and For Oak Cliff, are working to finalize financing from private sources and the city of Dallas to open a non-profit grocery store at the Glendale Shopping Center. The hope is as early as next year, a store with fresh food options will replace the now empty 7,500 square feet.

"Options that are both healthy, options that are convenient and options that can help stimulate economics in this area," Britt said. "The mere psychological uplift it gives to the community. I think those things go missing when you consign an area to this type of economic destiny."

It's a destiny they hope to help change when a non-profit grocery store finally arrives with the better food options, better life choices, and neighborhood improvement it could bring.

And Jan Gore, at 73 and counting, plans to be among the first in line.

RELATED: When the school cafeteria is the only option for a healthy meal