A five-mile trail with views of the downtown skyline is now open and connecting neighborhoods across Oak Cliff. 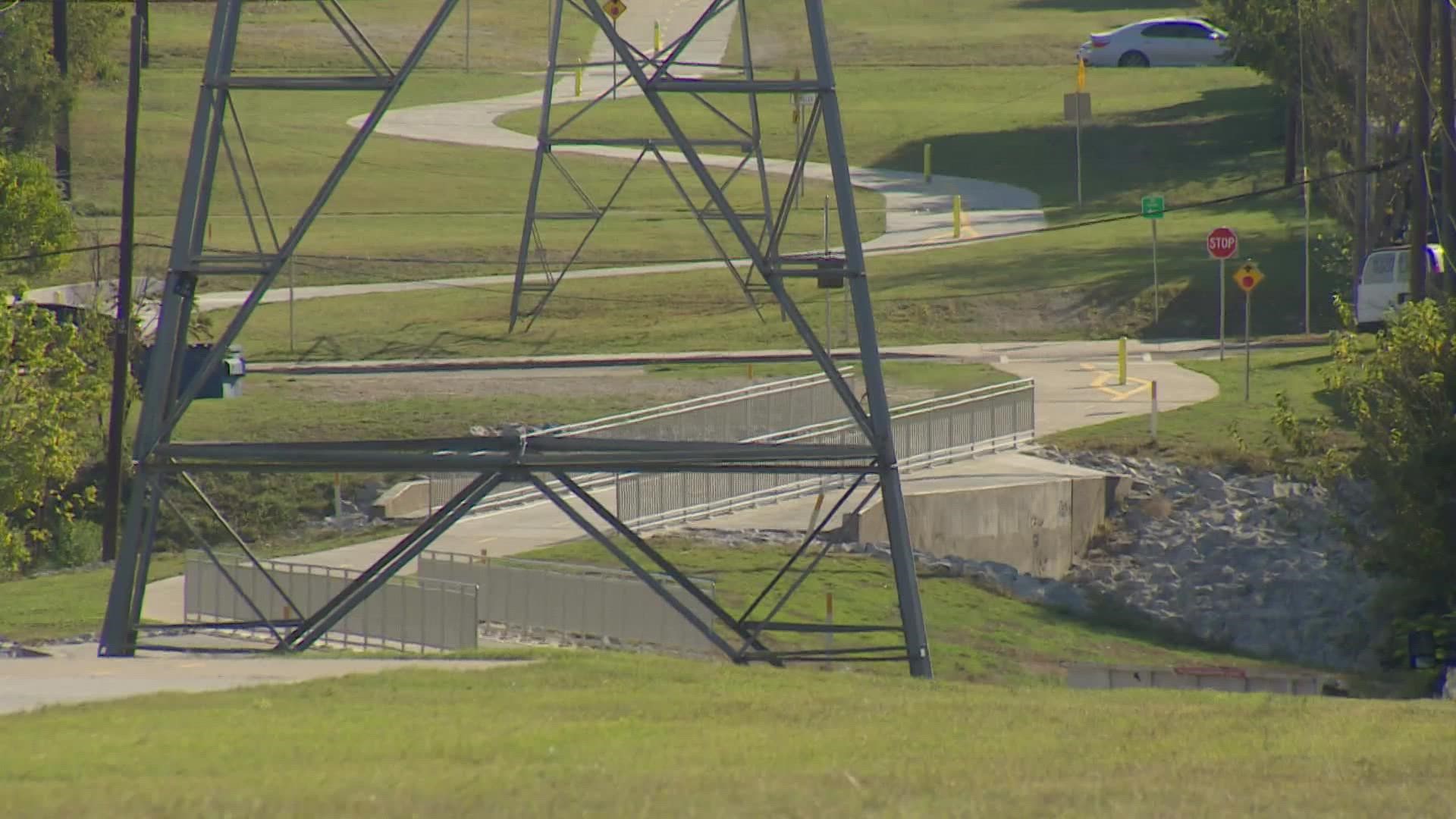 DALLAS — Neighbors across southern Dallas are taking advantage of a new trail that city leaders are calling a gem in the region.

The five-mile trail is a new amenity where residents can enjoy walking, jogging, biking and other activities while viewing the Downtown Dallas skyline and other amenities.

Neighbors Cora Frank and Evelyn Kimble live near the trail. They’ve been watching the trail take shape for months.

The trail runs east to west. City workers said it is built inside an old inter-urban rail corridor.

“A five-mile park in the southern sector, was just unheard of. We didn’t think we were going to be able to do it,” said Dallas County Commissioner John Wiley Price.

Construction of the Honey Springs-Cedar Crest Trail cost about $7 million. Dallas County invested more than $6 million into the project. Some community members call the development significant and a plus for community stabilization.

“When people relocate to a community, they look for these kind of park amenities,” said Price.

Honey Springs-Cedar Crest Trail is situated along an Oncor right of way and city park property.

“It means, number one, equity. Just an investment in the people in terms of quality of life, health being the number one priority,” Arnold explained.

For more information about Honey Springs Cedar Crest Trail an other trails across the City of Dallas, you can visit https://dallasparks.org/.