What began as a civil discussion on specific concerns related to the shelter eventually deteriorated into a spat over homelessness in general. 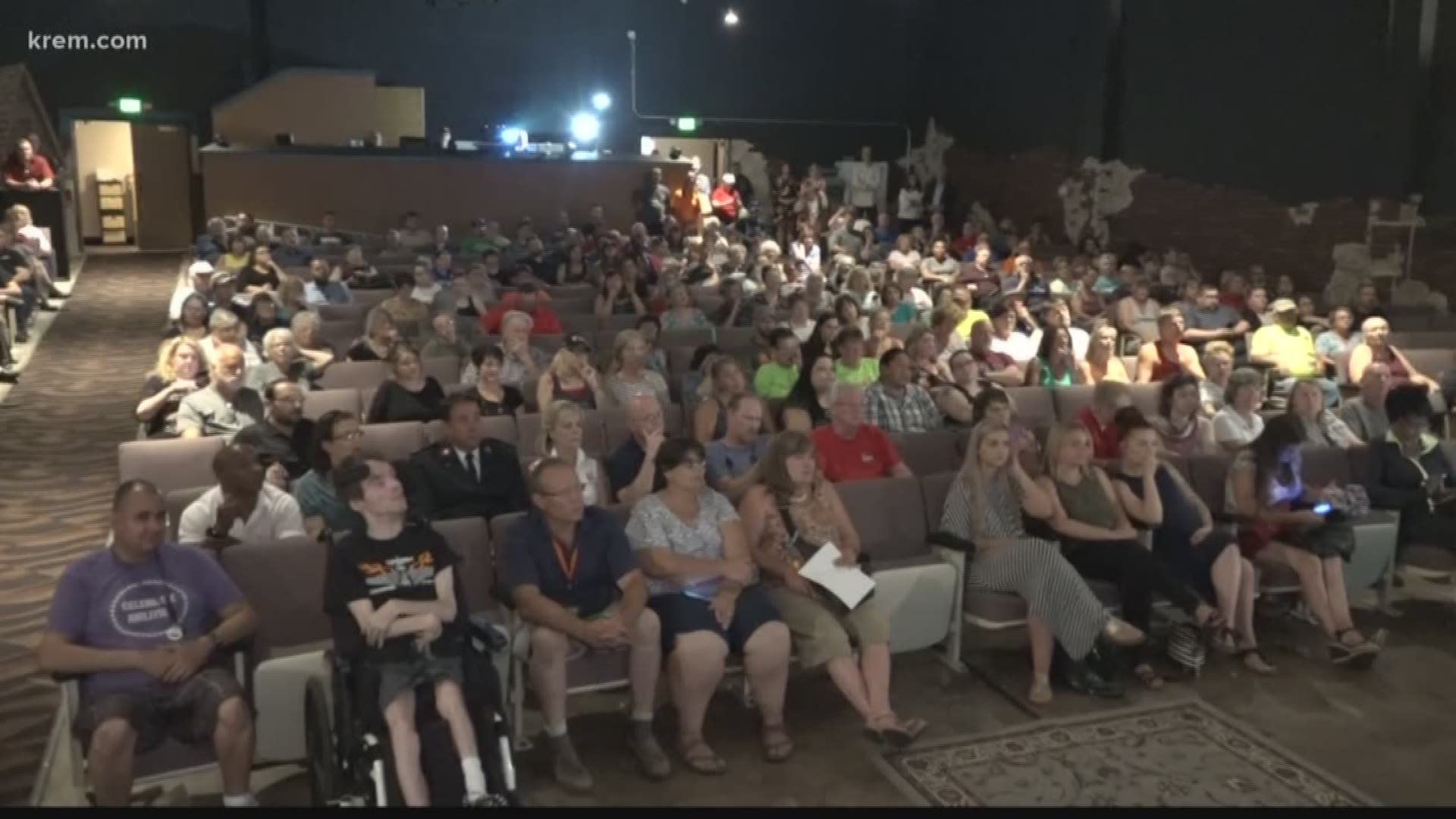 The City of Spokane held a public forum at the nonprofit Projectid near East Sprague on Tuesday night.

The meeting was aimed at getting feedback on the city's current plan to build a homeless shelter at the location of the old Grocery Outlet next door.

What began as a civil discussion on the specific concerns of Projectid eventually deteriorated into a spat over homelessness in general.

The city has been working to develop a new 24/7, low-barrier shelter in Spokane since late 2018, when the only existing such shelter – House of Charity – was forced to reduce its capacity for health and safety reasons.

The lack of space last winter resulted in a crisis, with the city scrambling to open up emergency warming centers and activists holding protests outside City Hall and River Park Square demanding better resources for the homeless.

To prevent a future crisis, the city hopes to build a 120-bed full-service shelter at that Grocery Outlet location.

The council has already approved a purchase agreement, although the actual transaction still has a ways to go before it will be finalized and completed.

Part of that process is hearing public feedback, and a few city staffers were assigned that task at a forum hosted by Projectid.

Projectid, which serves adults with intellectual disabilities in the Spokane area, has been vocal about their concerns. The new shelter is located on their parcel of land, which also means that the city would become the nonprofit's landlord, according to its executive director.

Those concerns rest primarily with security. The organization is concerned that their volunteers and members won't feel safe on the property, and its members are uniquely vulnerable.

"To have people that are that trusting and that caring, and knowing what I've seen in the past, it is a big concern," said Bob Hutchinson, the executive director. "My biggest concern is the safety for my volunteers and for our members and continuing to provide a great safe place for people to engage and have good community."

The organization says they've already had problems with homeless people in the area. One man tried to camp outside their building and threw a brick through a glass door when he was told to leave.

RELATED: Spokane nonprofit concerned about homeless shelter moving in nearby 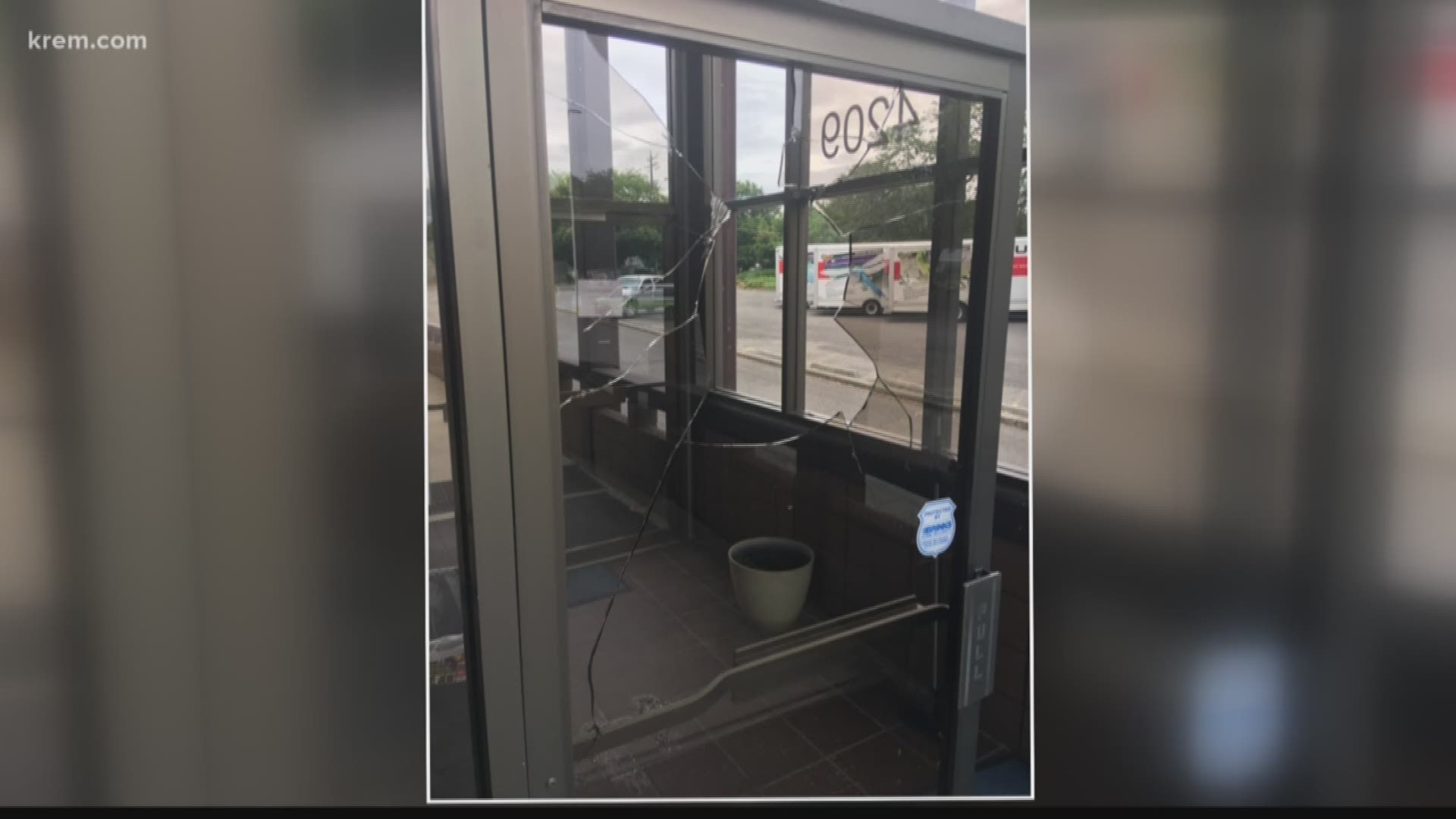 At the Tuesday meeting, Projectid sought assurances that security will be the city's first priority.

"We're dealing with this, telling [our members] not to be afraid," said one Projectid worker. "But I want them to hear it from you that they're going to be safe here."

City staff attempted to assure the audience that they do have a safety plan in place, but many felt it was not nearly specific or concrete enough.

"Unless I missed it, all I'm hearing is you have strong relationships and you have intent," said one local mother. "And those ideas are a great place to start but that's not going to save my three-year-old from needles."

"[You have] the most vulnerable population [at Projectid]... and when you're drug-addicted, you'll do about anything. You put those two together and it just seems unbelievable," said another meeting participant.

Others were angry with the city for only asking for input after the process was already underway.

The early civility deteriorated, with the crowd frequently shouting at each other.

It didn't take long before the focus shifted away from Projectid and toward homelessness in general.

Many participants made sweeping generalizations about people on the streets, calling them violent, drug addicts, unclean, criminals or even child molesters.

That resulted in some audience members standing up for the homeless community, arguing that they are vulnerable as well.

"Several of the people I've met on the street doing homeless outreach have developmental and physical impairments. That's part of the reason why they're on the street," said another.

It's unclear what the impact of the meeting will be.

Very few elected officials were in attendance, although several candidates for office were there.

Only one council member appeared present, Mike Fagan. He told KREM 2 that he doesn't see how he could support the project moving forward after the meeting.

RELATED: 'Don't let us be defined by those who hate': Spokane homeless activist gives final address