Debate over vagrant RVs in Seattle flares up again 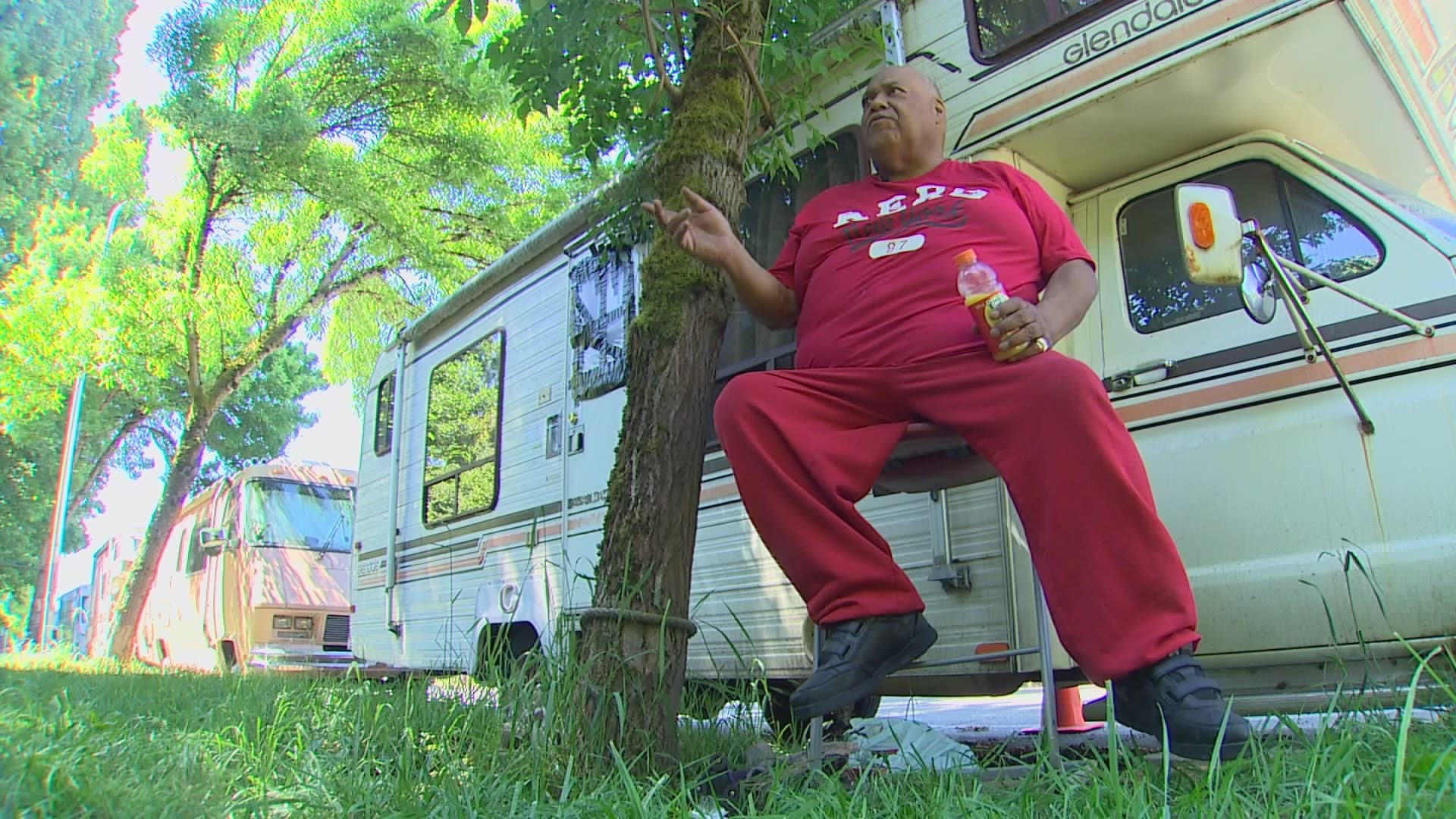 SEATTLE — On a sun-drenched Tuesday afternoon, Alphonse Noriega walked out of his RV and onto the sidewalk.

He has been at the side of Martin Luther King Junior Way for three months.

"I got a little shade right here," said the 65-year-old, who added he grew up just down the street and attended Garfield High School.

But after a series of personal setbacks, he now finds himself living in an RV amid or row of dilapidated vehicles, and directly across the street from a row of homes.

"I got an RV this guy gave me. He says, look, get this until you get your Seattle housing. I've been waiting 16 months for Seattle housing," he said. "I like it right here, there are not a lot of drug addicts around here."

But the combined eyesore is still unappealing to many who live in the neighborhood.

"A lot of people are frustrated, probably from both sides. Nobody wants to live in an RV. Living in a house, we don't like to see it either," said one homeowner, as his small child played in the garden directly across the street from the encampment.

The issue is flaring up again after years of inaction on RV's, and now that Seattle's mayor and council are suggesting using federal COVID relief dollars on homelessness. The plan, which involves millions in new aid, has a provision that includes creating 25 RV spots somewhere around the city. The plan was crafted by Councilmembers Lorena Gonzalez and Teresa Mosqueda in conjunction with Seattle Mayor Jenny Durkan. However, the details are sketchy and the RV lot concept has failed in past years.

"We want to talk to council about what we want to make sure what we stand up is doable," said Durkan when pressed on Tuesday at a media availability on the spending plan. "They have not all been a failure, there is just not enough of them."

In the past, few of the derelict RV owners have declined to use the lots, citing city restrictions on drugs or alcohol, as one example.

However, Noriega says he'd be willing to move if given the opportunity.  But for now, with no city enforcement on parking restrictions in the area, he's staying put.

"If the city had an RV lot, that would be perfect," he said.