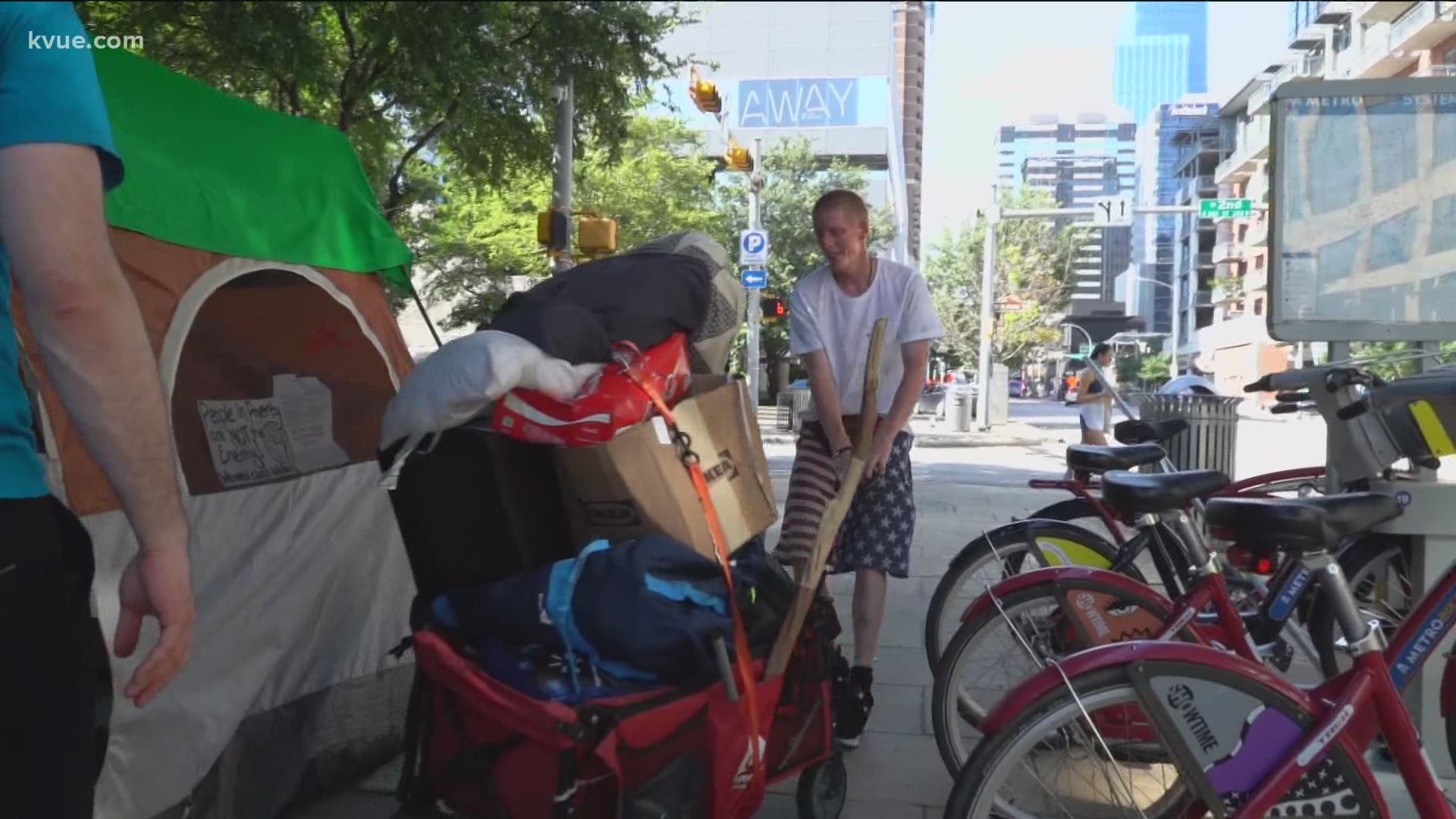 AUSTIN, Texas — The Austin Police Department issued 79 written warnings and zero citations to individuals in violation of the City’s homeless camping ban as of Friday, July 2, according to a report from KVUE’s media partners at the Austin American-Statesman.

The City entered Phase 2 of its homeless camping ban enforcement last month. It allows APD to issue written warnings to people violating the ordinance and give out citations to repeat offenders.

However, it isn’t required for officers to give out citations under Phase 2. APD is required to give individuals who have already received a written warning a citation under Phase 3, which beings this Sunday, July 11.

Interim Austin Police Chief Joseph Chacon said the lack of citations is representative of APD's goal to enforce the ordinance through voluntary compliance, according to the Statesman.

"If we can be the least impactful that we can, that's the right way to do it," Interim Austin Police Chief Joseph Chacon said. "We do it, for instance, for speeding violations. We give warnings because that will accomplish what we're trying to do. In this case, unless we have to write a citation because we're not getting compliance, we're not going to write it."

In May, Austin voters approved Proposition B, reinstating the city’s camping ban. The camping ban makes it a criminal offense for individuals to camp in public areas, sit or lie down around downtown Austin or the University of Texas campus and panhandle at specific hours and locations.

Violating the ordinance is a Class C misdemeanor punishable by a fine.

According to data from the Austin Municipal Court, five people were issued citations for sitting or lying near the Downtown Austin Community Court in June. The fines were $125, according to the Statesman.

When Phase 3 of enforcement begins next week, APD officers may initiate “arrests and/or encampment clearances in situations where compliance has not been achieved after a citation has been issued,” the City said.

RELATED: Here's how the City of Austin will implement its voter-approved camping ban

In Phase 1, APD, along with other City departments, visited campsites to provide information to individuals experiencing homelessness about how the camping ban affects them.