"The changes of policies here in Austin are not responsible for the increase in violence," said Mayor Steve Adler. 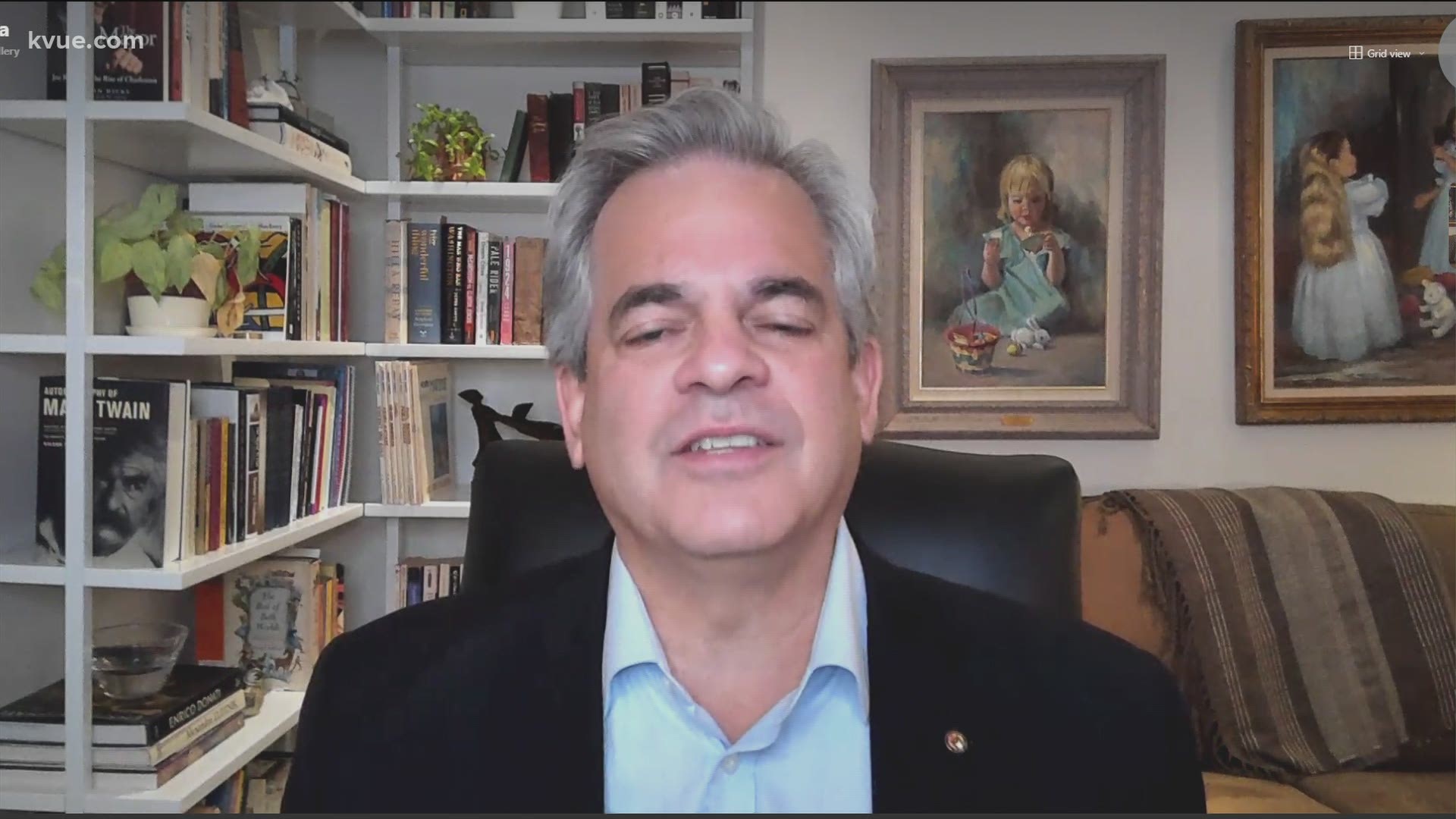 AUSTIN, Texas — Violent crime is becoming more common in the city of Austin and some of the top leaders are promising to do something about it.

Yvonne Nava: We want to start off by asking about Interim Police Chief Joe Chacon's Violence Intervention Program that targets gun violence. You openly supported it. So how does the City exactly plan to help?

Adler: We'll help by hearing the chief, whatever it is that that he asks to help make it happen. He's our police chief. And the violence that we see in our city is something that we have to do something about. Understand that this is not something that's particular just to Austin. It's happening in cities across the country and we're all working together, all looking to see what each other is doing. Maybe it's related to the pandemic that we've been going through. Not sure, but everybody is working together because this is something that is literally happening in virtually every city across the country.

Nava: And last week, the city council moved to create a new emergency communications department, as well as move several administrative positions away from the Austin Police Department. It's all part of the City's Reimagining Public Safety Initiative. So how is this going to help?

Adler: Well, what we did last week was to not change any functions, to not change any people, but to take certain departments and put them under civilian control. So the finance department and the police department is now part of the overall City finance department. As with all other departments, the building services division is now in charge of facilities, as in all other departments, and 9-1-1, 3-1-1, these important emergency call services are now under, again, common operational control. We think it's going to make the city more efficient. It's going to help taxpayers and we think it's going to ultimately improve both the operations and the safety in the city.

RELATED: Hundreds of jobs moving out of Austin Police Department to other city departments

Nava: What do you want to say to those who may feel that the reimagining of police funds has resulted in those skyrocketing crime rates? Do you feel like it's fair for people to make that assumption?

Adler: No, and we know that's not true. The changes of policies here in Austin are not responsible for the increase in violence. Crime in Chicago and Baltimore and Louisville and Seattle and New York and in L.A. – our policies are not causing this to happen all over the country. And if for political, other reasons, the only thing you focus on is what we're doing here with our changing the who operates 9-1-1 center, you're going to miss what it is that's actually causing the increase in violence here and in other cities. That's why we're going to be driven by the data and we're going to actually have the serious, data-driven look at what it is that we need to do.

Nava: And moving on to another topic, homelessness. The City approved purchasing a hotel that's within Austin city limits, but in Williamson County as well. And just a few minutes ago we heard from Judge Bill Gravell, who claims he didn't know about the plan until after the purchase was finalized. And he hasn't heard from you since he had some strong words for you. Do you have any comment on this?

Adler: But what the judge said isn't true. He and I spoke before the city council took action and I have the text where he and I set up the phone call. And still, even at this point, while we're moving forward with it, we're in the diligence and feasibility period, and this is the time when the public is encouraged to be involved in the decision-making process. That's the way democracies work and that's how this is happening here. At the end of that period of time, then the city will make the decision whether or not the finally closed you know, we want to get people out of tents and off our streets, which means we're going to have to find other places for these folks to live. Right now, our community pulls together and we move hundreds of people into apartment buildings and into hotels in order to get them off the streets. It happens all over our city. It doesn't create problems. This is the conversation we need to have and continue to have with the city of Austin residents that live in Williamson County. We know that getting people off the streets and out of tents is going to require us to find housing. And we can do that in a way that doesn't detract from neighborhoods as we are doing now.

Nava: Now, I heard you say you were in the diligence and feasibility part of the process. Can you explain a little bit more about that?

Adler: Well, we do a real estate transaction. You negotiate a deal and then you sign a contract that enables you then to engage in diligence and a feasibility period of time to study it, to make sure that it works. And if it's something that works, then you can go ahead and actually close on the deal. If the problems or reasons you shouldn't close arise, then you don't close the deal and you have to find a different alternative. That's the process that we're in now, that our conversations continue to happen. I believe so far this continues to be a really good location to help us get people out of tents, which is what we're trying to do. And the whole city is going to have to be involved in and helping to make this happen.