The growing numbers of people experiencing homelessness has activists calling for stronger mechanisms to address the issue. 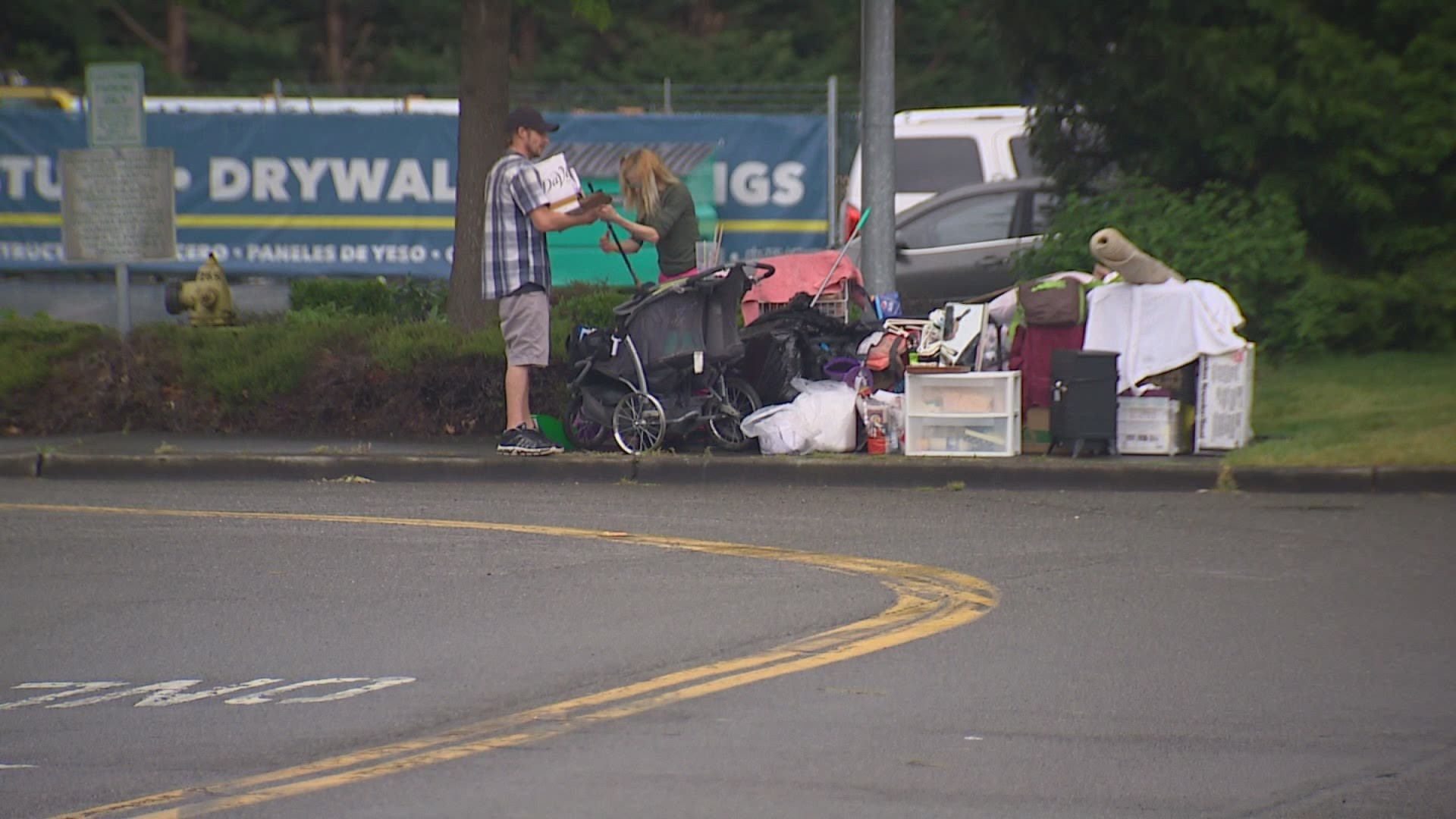 PIERCE COUNTY, Wash. — Advocates in Pierce County are warning city councils that if concrete steps aren’t taken to address homelessness it could become a problem too big to solve.

“We’ve seen over the past decade, a growth in the number of people connecting to the homeless system,” said Gerrit Nyland, director of operations for the Tacoma Pierce County Coalition to End Homelessness.

Numbers from Homeless Management Information Systems in Pierce County confirm the rising trend, with a key exception in 2020. But the reason why may not be so positive.

“[2020] is an exception, I think, because of the eviction moratorium and coupled with outreach connection programs slowing down during COVID-19 and changing operations, so they’re simply engaging with fewer people,” Nyland said. “But anecdotally and visually, we’re seeing the increase in homelessness.”

Advocates are now calling for some kind of safety net to be put in place to catch those who are currently being held up thanks to the moratorium before it’s too late.

Multiple initiatives have been put forward by officials in cities across Pierce County, such as pledges to eradicate street homelessness in Tacoma by November 1.

But advocates are concerned that if the necessary legal remedies aren’t in place, residents won’t be able to keep themselves off the streets for long.

“[Losing] the eviction moratorium will probably be the beginning of a slowly rising flood,” Nyland said. “A lot of people have social systems that they’re able to use in the short-term. So I think people that will end up evicted will find short-term remedies, some won’t obviously, but I think those will slowly begin to fail.”