Teachers are gathering signatures for a letter asking Seattle Public Schools and the Mayor's office for specific solutions. 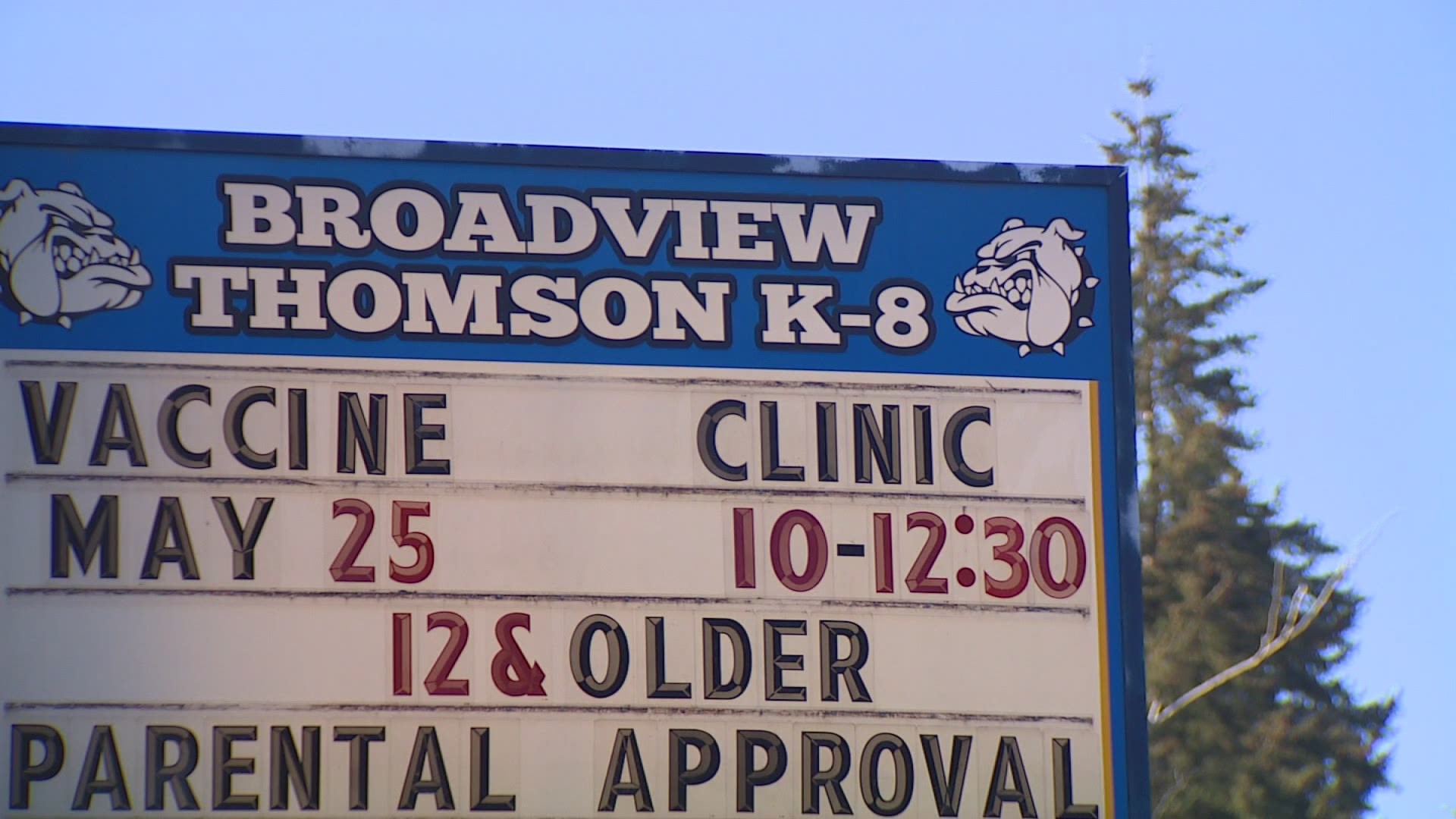 The tents, situated between Bitter Lake Park and Broadview Thomson K-8, have been a persistent issue in recent months as teachers and parents consider the increasing number of students who will return to in-person learning in the fall.

In April, people living in an encampment in Miller Park, near Meany Middle School, were given shelter options upon being told to leave the area in preparation for in-person learning.

An incident at Broadview Thomson also had some teachers and parents concerned about overall security and safety.

Students and staff went on lockdown Wednesday when an "unknown man" entered a classroom. When asked if he needed help, the man walked away, according to Seattle Public Schools (SPS) spokesperson Tim Robinson.

No students were in the building at the time, as they were on a remote learning day, according to Robinson.

It's also not clear if the man was homeless. But it was something teachers and parents were compelled to wonder about as dozens of tents continue to sit feet away from the school entrance.

"It just sounds crazy to even want to send your kid there," said Kyle Linehan, a parent who lives near Bitter Lake.

Linehan sends his daughter to a private school rather than Broadview Thomson. He said the encampment is a concern among his neighbors as well, particularly when they receive T-ball practice notices about Bitter Lake park near the school.

"They send you a letter to look for needles before the practices in the park and it's become such a... it's one of the reasons we're moving to Snohomish," Linehan said.

Parents like Linehan are not alone in their concerns.

Some teachers are currently drafting a letter to send to SPS and the Mayor's office to lay out their concerns and request solutions that will work for families, teachers and those who need shelter.

Other residents, like Pamela Carey who at one time was homeless, said she understands the situation from all sides.

"They try to stay away from the kids because they know how the parents feel. They try to be respectful," Carey said.

The Mayor's office, meanwhile, said they will continue to address encampments at parks and play fields by offering shelter options and safer places.

"Mayor Durkan shares the concerns of parents regarding encampments on WSDOT property and SPS property including Broadview Thompson. The City has offered technical assistance to help SPS best address the encampment on their property," said Anthony Derrick, a spokesperson with the Mayor's office.

SPS is also working on addressing parents' and educators' concerns.

"We continue to seek a solution through discussion with community-based organizations. We welcome any assistance that the city could provide. We continue to have additional presence at the school from the Seattle Public Schools Safety & Security department," Robinson said.